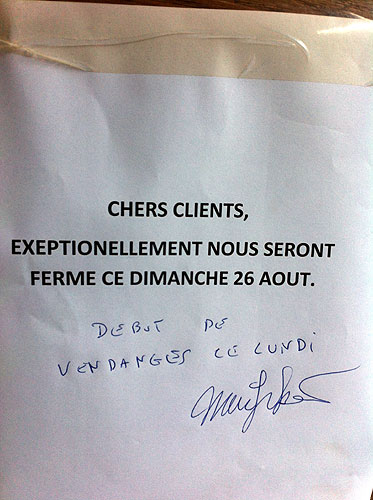 The harvest is taking place in France and 2012 has been a challenging year for winemakers. A cold wet Spring and early Summer gave way to a searing heatwave in August with day time temperatures regularly over 40 degrees. As a result, vineyards have pretty much had everything chucked at them – frost, mildew, drought. As a general rule of thumb, the further South you go the better the vintage, with the Langudeoc, Provence and the Rhône (where they are picking in the South and soon to start in the North) faring much better than Burgundy, the Loire and Champagne (where volumes are down 25% on recent years). 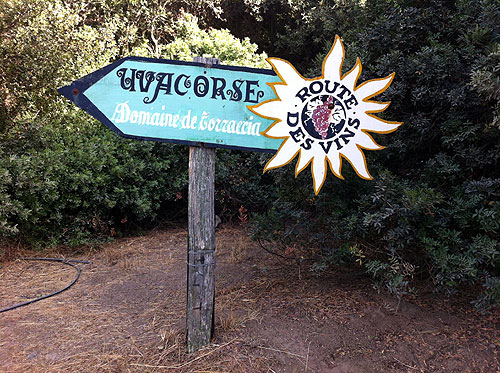 I was lucky enough to spend the last week of August in Corsica which, as my above comment would suggest, had a good vintage (with yields up 10% on 2011). At Domaine Torraccia near Porto Vecchio, picking began on Monday 26th August (about one week earlier than normal) and the prospects were looking good. 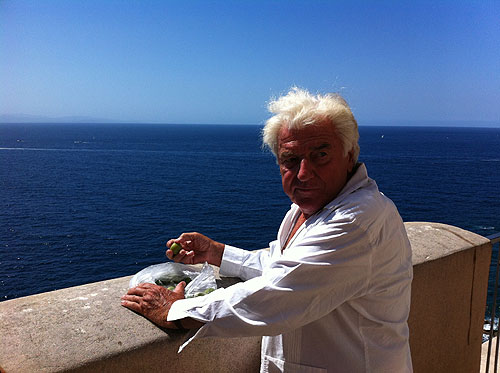 Christian Imbert eating mirabelles in Bonifacio, with Sardinia in the distance

Your plucky correspondent didn’t pick a single grape, but can report back after significant research on the life-affirming qualities of Domaine de Torraccia red, white and rosé when partnered with dorade, loup de mer, oursin, figatelli and lonzu.