A Day in the Larzac

As a wine lover, you've probably heard of La Grange des Pères, Mas Jullien, Domaine de Montcalmès or Mas de Daumas Gassac. They're all located in the north of the Languedoc in a micro-climate region known as the Terrasses du Larzac. Pioneering in Southern French fine wines for the past 20 years, they've rejuvenated a region more known to produce bulk volumes (largest producing region worldwide), setting an example for a whole new generation of winemakers. Often sons or daughters of grape growers and not winemakers, they realised they were blessed with a very unique terroir offering cooler nights for slower grape-ripening and a great diversity of soils resulting in wines with lower alcohol, more finesse and complexity.

My day visiting the region started nice and early at Domaine de Montcalmès, our most recently-sourced wine from the region. Frederic Pourtalié was trained at Crozes-Hermitage's pope Alain Graillot in 1996 and 1997 and finished his winemaking initiation with Laurent Vaillé at La Grange des Pères in 1998 before his first vintage in 1999. He now farms 22 ha organically and produces terroir-driven wines that won the heart of many sommeliers and aficionados around the world. 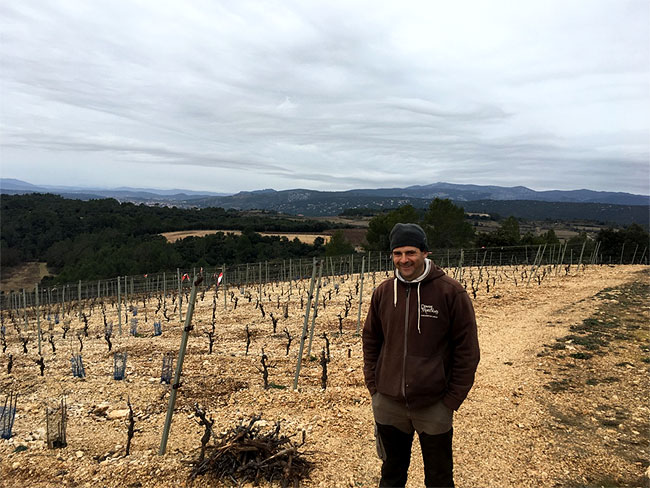 As an inspiring start, Fred took me to various parcels of the vineyards, explaining how the different plots of Syrah, Grenache Noir, Mourvèdre and Cinsault brought together deliver a complex aromatic profile and a balanced structure to his main cuvee, the Terrasses du Larzac red. We pursued our visit tasting through many barrel samples from unique parcels at the winery, where all grape varieties are aged separately for 2 years before being assembled and bottled. The 2016 red already displays plenty of dark fruits and fragrance, hints of black pepper with a round and generous palate. It will drink beautifully from release this spring but has enough structure and acidity to age for years. His much rarer white wine is a Coteaux du Languedoc made of the same proportion of co-vinified Marsanne and Roussanne, also raised in Demi-Muid barrels. Ready to be bottled this month, the 2016 shows intense flavours of apricot and white peach as well as a satisfying creamy mouthfeel balanced with a light acidity and intense bitter orange on the finish. 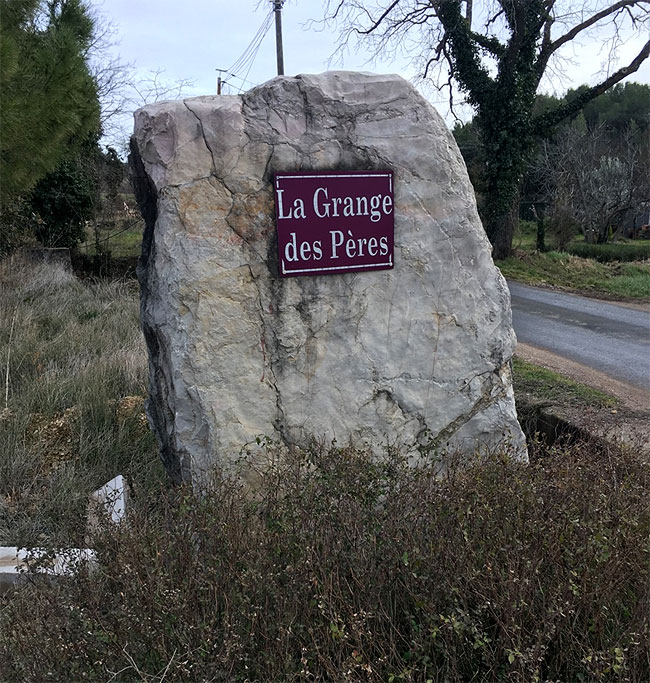 Just like Frederic, Laurent at La Grange des Pères had to set up costly fences and wires to prevent wild boars damaging the vines and eating the berries after they devoured a considerable amount of his production in 2017. While raining outside, he took me to his underground cellar to taste each of the grape varieties that make his iconic red and white wines. We started with the white 2018 from the barrel, mainly made of Roussanne with a touch of Marsanne, producing intense charming fruits, rich oily texture and mouth-watering acidity. His only red cuvée is the result of blending Syrah, Counoise, Cabernet Sauvignon and Mourvèdre grown on some of the highest and best sites of the region. Green harvesting allows him to reduce yield and concentrate the fruit and terroir expression in the finished wine. He is convinced that 2016 will be better than 2001, recognised as his best vintage so far. And indeed, it has an incredible balance brought by layers of fruits, sweet spices and floral scents along with a juicy and concentrated palate, impressive length and polished tannins. Make sure you get an allocation when it lands in the UK, it won't disappoint and will age beautifully over decades. 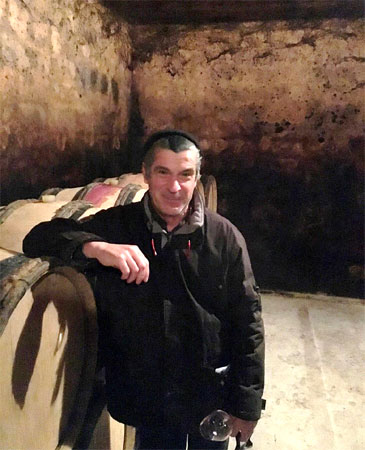 Laurent admires the English for their love of French wines and ended the visit telling me how Gérard Chave in Hermitage, where he trained, managed to ship his wines to the UK through Spain during the Second World War. Cheers to that!