A journey to Corsica

The London restaurant scene has noticed an increasing popularity for wines from Tenerife and Sicily in the past couple of years. Corsica on the other hand, is still very unknown for many. When I was offered to go there on a buying trip, I first saw the opportunity of visiting a new 'French' wine region (although disputed by the locals, don't bring this up!), but also an opportunity for a Yapp Brothers team member to visit the winemakers we've been importing for almost 10 years. 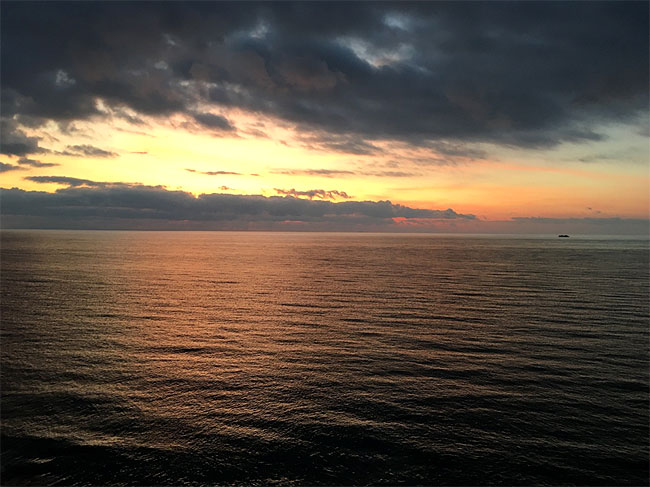 Sun rising on the Cap Corse

I spent the first two days north of Bastia at the southern end of the Cap Corse, meeting and tasting with winemakers from the area. Even though some grow Syrah, Grenache or Chardonnay, most focus on indigenous grape varieties such as Vermentino and Muscat for the whites, Nielluccio and Sciacarello for the reds. I was given a mission to find a really good Patrimonio producer as the final addition to Yapp's Corsican wine selection, and it was not an easy task, the wines being all different expressions of the diverse terroirs and wine-making techniques. Out of all tasted, I really had a 'coup de coeur' for the wines of Jean Paul Gentile which are made in a very non-interventionist and organic way, only growing Nielluccio for the reds and Vermentino for the whites. Expect to see them on the Yapp list from 2018! 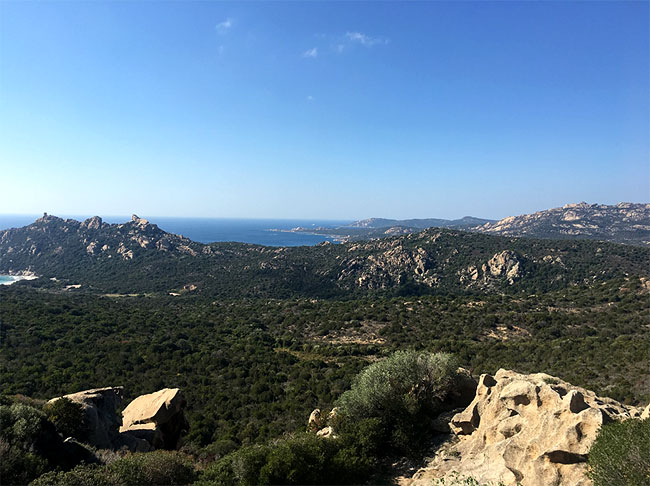 After meeting so many inspirational people, visiting the local brewery (Pietra) and enjoying swimming in the Mediterranean Sea, I decided to drive south and head for the Domaine Saparale. The scenic route took me to the southern tip of the island where the national park of Bonifaccio offers incredible views of transparent waters, maquis vegetation and plenty of beautiful beaches.

After driving up the Ortolo Valley near Sartène, I finally arrived at the Domaine Saparale where I was warmly welcomed by vigneron Philippe Farinelli and his wife, Julie. Philippe explained how they lost about one third of the volume in 2017 due to a very hot and early vintage. However, he was very happy with the quality and took me to the cellar for an extensive tasting from the tanks and barrels. I tasted the different grape varieties vinified separately, which gave me a better understanding of their respective role in blends. 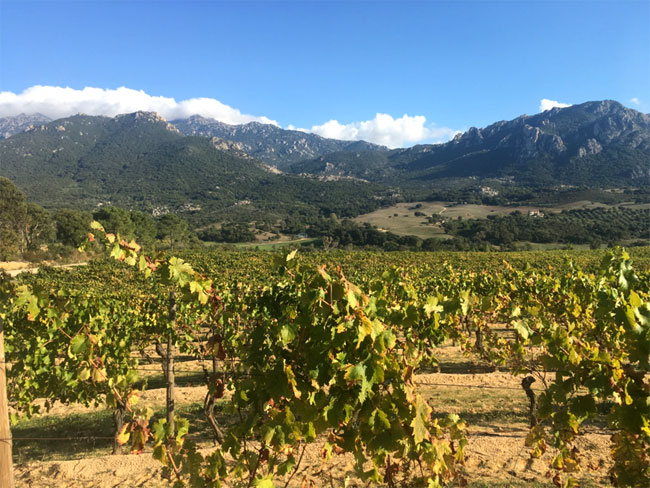 The Saparale wines are all equally packed with fruits, structure and identity. A great way to discover their vineyard and region is to stay in their stunning bed and breakfast accommodation; you'll almost certainly fall in love with the place and never come back to the UK!

My last visit took me to the Domaine de Torraccia in the region of Porto Vecchio, where I stayed for a couple of days with Marc and Sarah Imbert. Christian Imbert planted the vineyards in the 60s and is considered a pioneer of organic vine growing in Corsica. Marc gave me a tour of his vineyard where we had a fascinating talk about his recent studies of the vines while sampling his delicious Domaine de Torraccia white 2016. Listening to his surrounding environment and considering the whole eco-system as one, he's been experimenting with various plants and natural remedies as well as discovering the impacts of the vegetation and animals on the vine and the flavours of the wine. Just like his father before him, Marc is a visionary.

Marc's wines reflect their terroir and show the purity of fruits, with outstanding concentration and ageing potential. He opened a magnum of his top cuvée Oriu red 2001 on our first night and it had the elegance of a Burgundy, the structure of a northern Rhône Syrah and the complexity of an aged Bordeaux. While he also produced a little less in 2017, he felt very confident with the vintage and already anticipated global warming in his vineyard management.

After a few days of Corsican lifestyle involving plenty of wine, cheese, charcuterie and sunshine, I did manage not to lose my passport and had to fly back to the UK. I am now wondering when will I see you again, beautiful island of Corsica.