We were privileged last week when our good friend Gilles Dumangin, purveyor and producer of some of the finest growers’ Champagne to found on the market, paid a visit to our H.Q. here in Mere to conduct a tasting that was both enlightening and virtually unrepeatable. 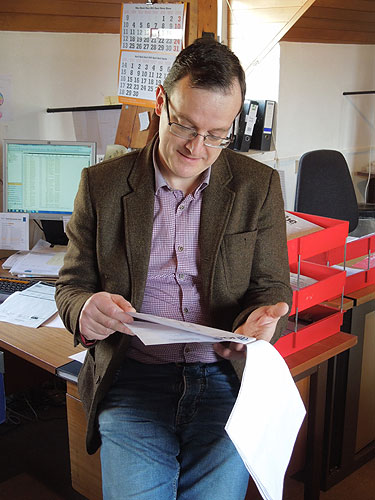 Gilles is 5th generation vigneron independent, based in the village of Chigny-les-Roses on the Montagne de Reims, and he has garnered a hard-earned reputation for fastidious blending, yielding wines that punch high above their modest price tags and, unsurprisingly, attract a lot of positive press attention. 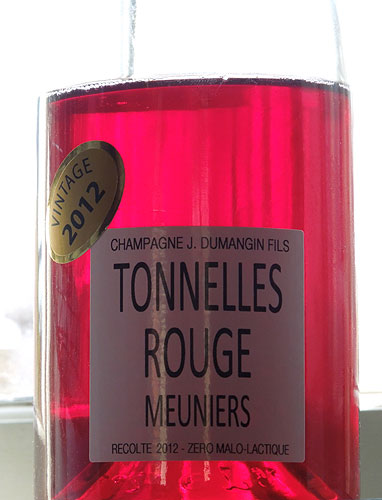 Gilles has long toyed with the notion of eliminating malolactic fermentation in his vinification process and a run of quite warm vintages, resulting in wines of relatively low acidity, has finally galvanised him to do so. For those who are not au fait with wine-making jargon malolactic fermentation is a natural process that occurs after alcoholic fermentation and involves the conversion of (citrussy) malic acids to (more creamy) lactic acids which can have a profound effect on the taste of the finished wine. Malolactic fermentation can be prevented through a painstaking combination of deploying sulphur dioxide, regulating temperature and scrupulous cellar management. Gilles explained to team Yapp that once malolactic fermentation starts in any one vat or barrel there is no putting the genie back in the bottle – it will occur throughout the cellar. 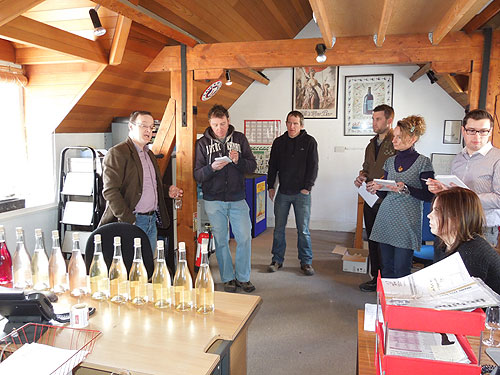 To cut a long-ish story a little shorter Gilles successfully blocked the malolactic fermentation on his 2012 vintage and was keen to show us the results. He thus arrived chez Yapp with a raft of samples of the 2011 vintage, that had had a malolactic fermentation, as well as those from the corresponding grape varieties and vine parcels in the 2012 vintage that had not.

Gilles told us that in Champagne wine makers look for a high acidity in their still, base wines prior to secondary fermentation in bottle (whereby they become sparkling) as that helps give them both longevity and persistence on the palate. Coincidentally Gilles enjoyed one of his best ever harvests last year and the natural acid levels were much higher than normal anyway. This coupled with the blocked malolactic fermentation made for a marked difference between the tasting samples from the two vintages but it takes a seasoned palate to appreciate tooth-curlingly dry base wines prior to secondary fermentation and blending.

We could tell from Gilles infectious enthusiasm and broad smile that he is delighted with the results. We have every faith in his abilities and look forward to tasting the results in five or so years time. Post tasting however, I was delighted to repair with Gilles to the Beckford Arms for a pint of reassuringly smooth and restorative Butcombe bitter – a failsafe antacid I can vouch for!