Back in the olden days before Facebook and YouTube, when we could still coerce our progeny into communal craftwork, we decided to resist the commercialisation of Christmas and create an in-house Christmas card. What began as a bit of a lark has now become a labour of love and as the festive season looms we struggle to come up with a new idea and then execute it. Looking through the roll call of previous efforts some don't seem too bad while others are definitely best consigned to the recycling bin.

Here are a few highlights: 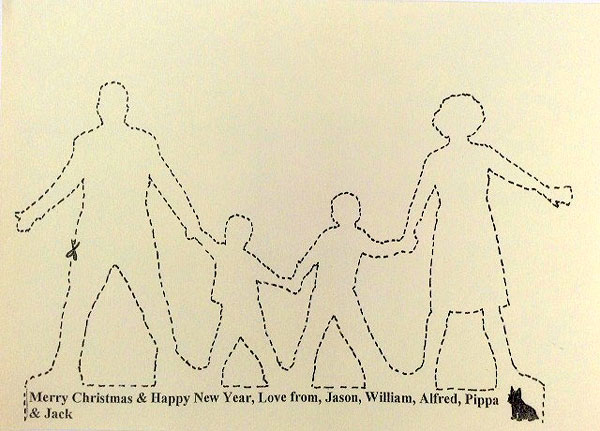 This early effort was nice and simple and a surprising number of friends and relatives actually made paper-chains from the template. 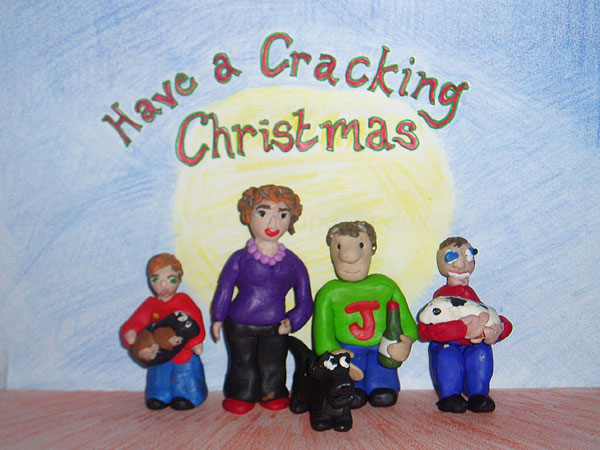 This homage to Aardman Animation was more fiddly than it looks but was well received at the time. 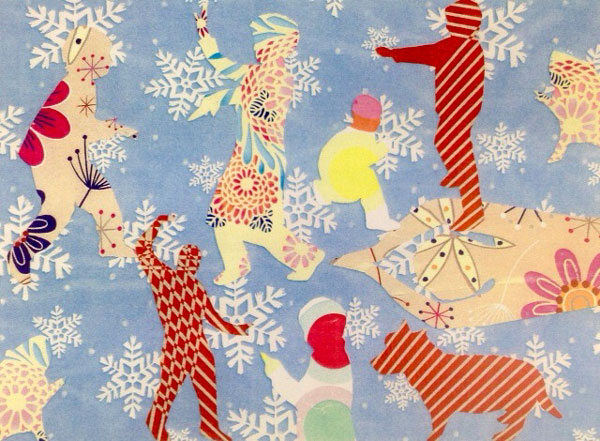 This effort was inspired by the great credit sequence from Casino Royale – perhaps it would have worked better as wrapping paper!

This simple line drawing has a certain je ne sais quoi but it was Alfred's mistletoe that really finessed it.

Of course, if you want a really good card design you need to call upon a professional and not a bunch of amateurs. Our friend Glen Baxter never fails to raise a smile with his annual Michaelmas missives.

You can never go far wrong with a really apposite photograph.

My Dad took this snap of a statue of Saint Nicolas in Auxerre back in the 1970s. I really like the terracotta tones and the serendipitous letter sticking out of the letter-box.

At the time of writing we've just taken delivery of some glorious ‘Grapevine' greetings cards by graphic artist Emily Burningham at our shop here in Mere.

I think it might be time to put away the coloured card and PVA glue and leave things to the professionals. Incidentally, if you're stuck for last-minute gift ideas we've also got some luxurious cushions in the same fabulous print.