My patriotic Dutch colleague Bianca has been banging on about the merits of her capital city for so long I thought it was high time to tap into her expert knowledge and organise a half-term city break to the Venice of North to see if it was all it was cracked up to be. My favourite (and nearest) airport is Bristol International which offers regular flights to Amsterdam and thankfully ours was free from any stag or hen parties which have become our least proud export. 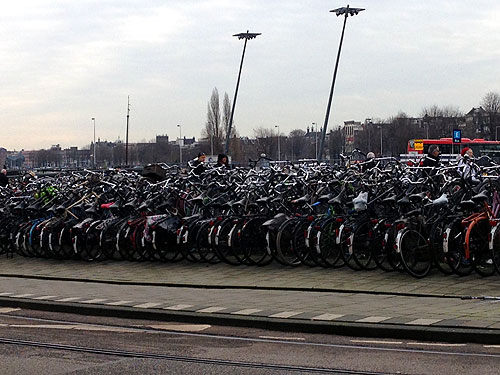 I told you we parked them here!

Amsterdam airport is jolly nice too and on arrival we easily managed to procure train tickets to the city centre and some decent coffee. At Central Station we ditched our flight bags in self-service left luggage (the Dutch seem well-organised and co-operative in equal measure) and headed out past some aromatic 'coffee' shops for Stubbe's fish stall on Singel and Haarlemmersraat for salted herring and pickle sandwiches which were delicious. 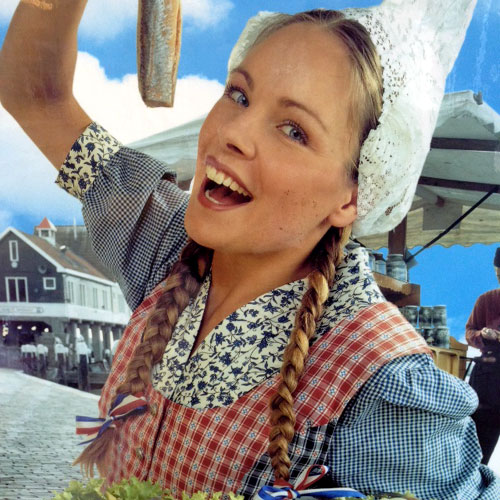 After an hour or so getting our bearings in the city centre (which is quite compact and an architectural feast) we warmed up with a hot chocolate in a cosy café. On Bianca's insistence that such efforts are greatly appreciated I torturously tried to order our warme chocolademelk in Dutch. Our friendly waiter (everyone's been pretty welcoming) was much amused but my feeble attempt was pretty pointless as he (like everyone else here) spoke perfect English. 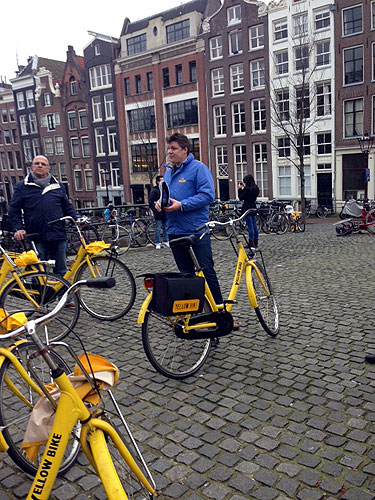 We then headed off for a pre-arranged appointment with Yellow Bikes for a two hour cycle tour of the city centre. I am no fan of group or guided tours but the bicycle is the default form of transport here and there cannot be a better way for a first time visitor to get the lie of the land. After kitting us out with (yellow - obviously) bikes our friendly and informative host Linn took us on a circuit around the 'Canal Girdle' taking in Anne Frank's house, museum square, the Vondelpark, the old city gates and, to the kids amusement the notorious central red light zone. Sufficiently inducted and quite knackered after an early start we then caught a tram to the Jordan district to collect the keys for our canal-side airbnb apartment on Da Costacade.

Some apartments may be smaller than they appeared on-line!

We've used airbnb to rent flats a fair bit for short family breaks and while you have to do your own on-line research it is much more homely and miles cheaper than staying in a hotel.

On our first evening we headed out for an Indonesian meal (pre-booked by Bianca as it was valentine's day) and got hopelessly lost in the dark and the rain after a bad Google-map mishap. Fortunately although we were very late and pretty wet we eventually made it to Sama Sebo where we enjoyed a highly restorative supper - although I think 49 euros for a bottle of pretty average Sancerre is a bit rich.

On day two we have explored Ten Kate Market walked all over the place and spent a couple of happy hours in the Rijks Museum which is an embarrassment of riches - although I never did track down a Carel Fabritius - which I suppose is an excuse to come back.

Writing this and nursing a well-earned Amstel I have to concede that (as usual) Bianca is right. Amsterdam is a fun, friendly, culturally rich, family-orientated city where a short stay will leave you wanting more.