A couple of days before Christmas, I managed to find a few hours to meet up with two old friends and visit Bellanger, the most recent opening from the consummate restaurant team, Chris Corbin and Jeremy King. Messrs Corbin and King opened The Ivy (in 1990) and restored Le Caprice and J. Sheekey around the same time, before selling that restaurant group and building another portfolio that now includes Colbert, Brasserie Zédel and The Wolseley. Bellanger had been open for a week, but you'd never have noticed, as the duo have nurtured a charming and efficient team who exuded a confident calm. 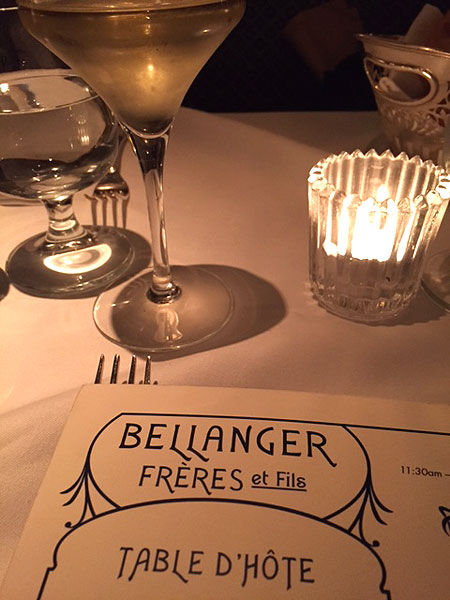 The site is a former Browns restaurant on Islington Green, a mere boudin throw from the first Oddbins shop (64 Upper Street), these days a Nicolas. I mention this minor detail as if Marty McFly had fired up Doc's modified Delorean and travelled back from December 2015 (the year in which Back to the Future 2 is set) to December 1990, he'd have found my student self and Jason Yapp (then manager of the same Oddbins shop) hefting boxes around the store. It seems like only yesterday! 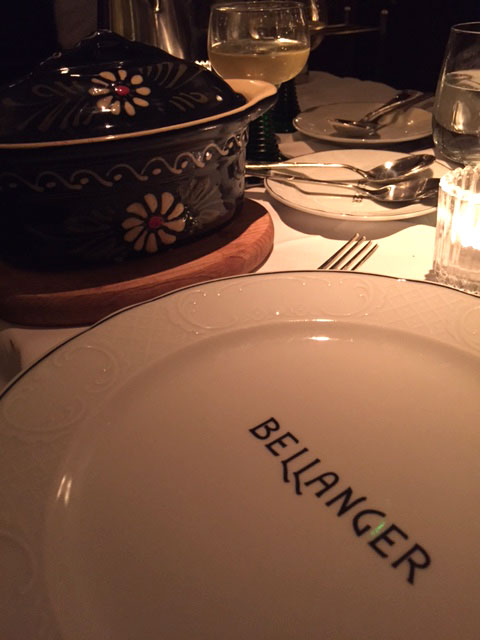 Bellanger Frères, named after a French car manufacturer that was acquired by Peugeot in 1925, focuses on the gastronomy and viticulture of Alsace. So expect flambées and choucroute – my Baeckeoffe was beef braised in Gerwürztraminer and served in a earthenware pot. Expect Rieslings and Spätburgunders aplenty on the wine list (although there is room enough for Gigondas St Gayan and Filliatreau Saumur Champigny) and, as in all Corbin and King establishments, expect a sense of theatre and a jolly good time. 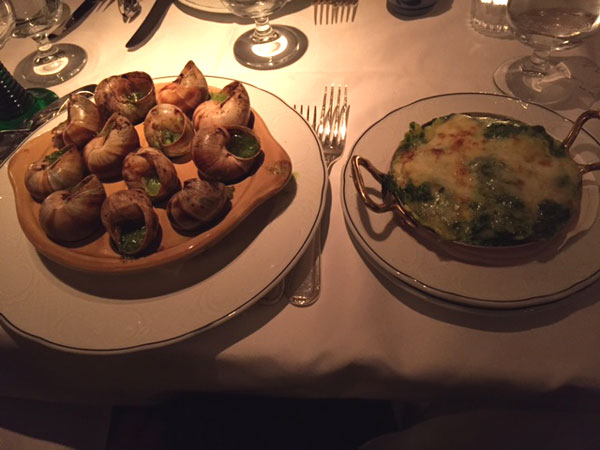