In the teeth of a British winter I like nothing more than to lose myself in some 'European Noir' drifting off to continental climes and landscapes as the rain lashes against the window. One of my favourite authors is 'Manuel Vázquez Montalbán' whose main protagonist 'Pepe Carvalho' is a gastronome and oenophile as well as a super sleuth. Most of the books are set in Montalbán's native city of Barcelona and the loving descriptions of Catalonian cuisine are as diverting as the complex plot lines. 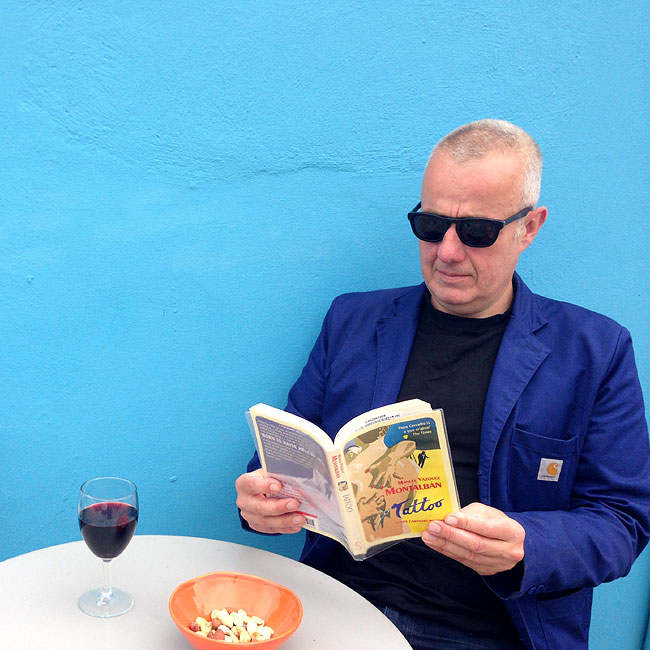 One book, 'Tattoo', proved problematic when I read the following lines on the twentieth page: "Each time he came down to his cellar he picked up and looked at one of the three bottles of Sauternes that he was storing for his Christmas seafood feast." That really jarred. Who in their right mind would pair sweet Sauternes with seafood? Certainly no one as knowledgeable as Pepe Carvalho. It occurred to me that this anomaly might well be the result of bad translation so I duly sent off to a bookshop in Madrid for a copy of 'Tatuaje' in the original Spanish. Ten days later it arrived in the post and I feverishly checked the text only to discover that the same food and wine matching aberration was in the original.

Manuel Vázquez Montalbán died in 2003, so there is no way we can check at source, but he did have wry sense of humour so I can only conclude that he included that line to upset obsessives like me. Montalbán's influence was far reaching. The great (and prolific) Italian author Andrea Camilleri named his fictional detective 'Montalbano' in homage to the Spaniard. Camilleri is something of a kindred spirit and his observations on Sicilian gastronomy are equally detailed and enjoyable.

Incidentally the half-bottle of Sauternes in the photograph was sold by the estate of another great writer Alan Clark. It features in his wonderfully indiscreet diaries but I can't remember where which is as good an excuse as any to re-read them.