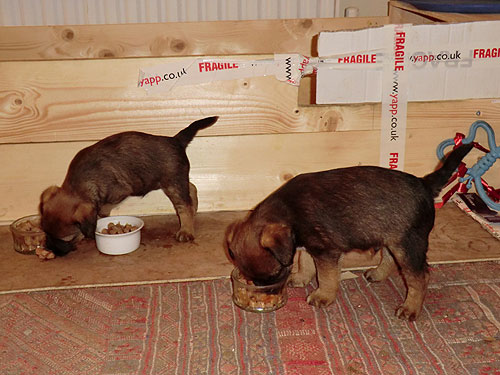 All of the pups went to good homes except the last-born ‘Rocky’ who we kept. We’re not sure Martha is delighted about this situation – there have been a few distinct sideways glances – but mother and son have established an Entente Cordiale and rub along well enough. 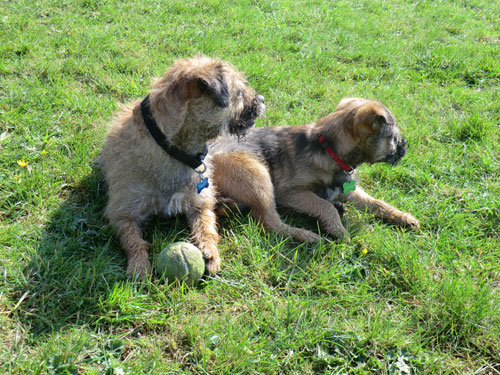 It is hard to imagine that it in just a year the mole-like blob that we weighed tentatively on the kitchen scales everyday has grown into the bouncing beast that we now possess but at least he has plenty of vigour and vitality. Rocky is never going to win prizes for brains or looks (he has a kinked tail and an under-bite both of which are disdained by professional breeders) but he is very affectionate and enthusiastic and that counts for a lot. 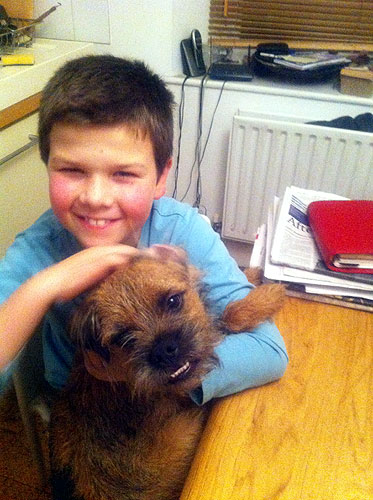 And what of his siblings? Jezebel, the smallest and sharpest puppy was the only female and a perpetual escapee from the wooden enclosure that we erected in our sitting room. She now resides happily in the Academy Club in Soho where she is doted on by her adoring owner Mandana. Bobby, the biggest puppy by far (who we originally nicknamed ‘Fatty’) also lives with friends in London and has, on occasion, bumped into his sister in the park. Sparky, who had a fluffy red coat, has moved to Devon to enjoy coastal walks with a very outdoorsy young family and last but not least Alfie, the middle puppy in both weight and birth order, lives just down the road in Frome and enjoys chasing after his brother if ever they meet on a walk.

So I’m happy to report that 1 year on there are still ‘Five Alive’ and all are doing well. Would we do it all again? Of course not – Martha would never forgive us!