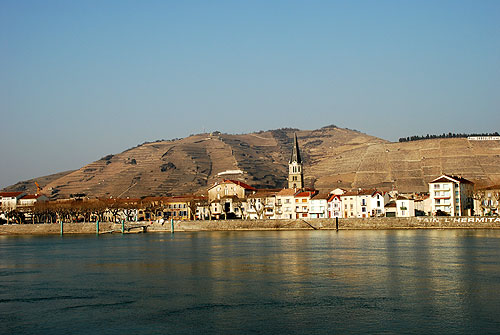 Le Chaudron, which is tucked away in a basement in the back streets of Tournon, is an old Yapp favourite and regular watering hole of some of the most celebrated wine makers in the Northern Rhône. There is no frou-frou French flim-flammery here. It is a pretty basic offering of wholesome seasonal staples but the service is courteous and attentive and the carte des vins is an object of wonder. There are wines therein that cannot be found elsewhere and moreover they are modestly priced. On one memorable visit our old chum Stephen Browett, the boss of Farr Vintners, treated us to a bottle of Jean-Louis Chave’s elusive Cuvée Cathelin ‘Ermitage’ on the basis that the list price was considerably lower than its known market value. 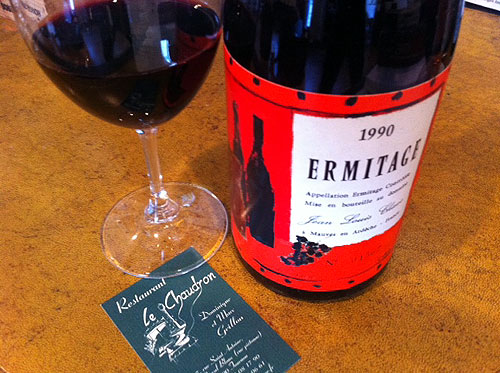 On a lucky day you might even spot Jean-Louis Chave himself gracing the green, leather banquette and enjoying the rare honour of bringing in one of his own label-less bottles - presumably on the understanding that long-serving patron Marc Grillon gets a glassful. 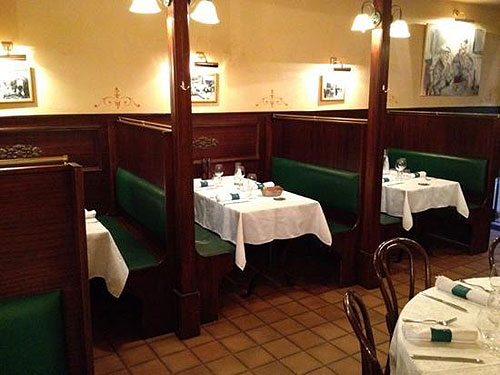 The Chave family has been tending vines ‘de père en fils’ since 1481 and now enjoy holdings of just under 14 hectares on the hill of Hermitage giving them an enviably broad palette of fruit to work with. The domaine’s white Hermitage is usually produced from a blend of 80% Marsanne and 20% Roussanne that are picked at optimum maturity and vinified in barrel and vat for at least a year prior to a painstaking assemblage and bottling. Typically it has a complex bouquet of acacia flowers, honeysuckle and apricots supported by a palate of white stone fruit, nuts, minerals and glycerine. It is a great gastronomic wine. Classic food accompaniments include frogs legs and snails in garlic, pike boudin and ris de veau. There is much debate about the optimum bottle-age for drinking white Hermitage but the informed consensus is that it is best drunk on its youthful fruit, within 5 years of release or properly cellared for a decade or more to reveal its full, mature complexity.

The red Hermitage is made from Syrah grown in 7 different climats on the hill, the most significant being ‘Les Bessards’, to the south-west of the appellation, which furnishes the core fruit or foundation of the finished blend. As with the white wine the élevage takes place in vat and barrel, principally used 228 litre barriques, over approximately 18 months before fastidious blending and bottling. A classic red Chave Hermitage has aromas of black fruit, leather and spices and diverse flavours of ripe damsons, blackberries, game and pepper over a complex structure of tannins which impart great longevity. It really requires 5-10 years cellaring before it reveals its full potential and the better vintages will develop gracefully over 20 years or more. In terms of cuisine a simple backdrop accompaniment usually serves best roast lamb, beef or venison would be ideal although Jean-Louis, who is a keen shot, admits a partiality to woodcock with a 15 year-old wine.

Those without the forethought or resources to put their names down for an annual allocation of the Chaves’ wines could do far worse than sample the Hermitage made by our old mucker Alain Graillot who produces just 2 barrels a year. Alain would be the first to admit that it doesn’t have the complexity or longevity of the Chaves’ wine but it does have a wealth of bright, black cherry and black berry scents and flavours, supple tannins and his signature palate-cleansing acidity. Although necessarily not cheap in Hermitage terms it is a relative bargain.