Here at Yapp Brothers we seldom participate in organised wine tasting trips as we enjoy the freedom of setting our own agenda and deviating from it as and when we care to. However an invitation from the Conseil Interprofessionnel des Vins AOC du Languedoc aka 'CIVL' to spend 3 days tasting sur place at the end of the 2014 harvest this week proved irresistible as there are wines of increasing quality and value to be found here - and Tom had managed to procure a couple of rugby tickets to see Toulon vs. Scarlets this Sunday. 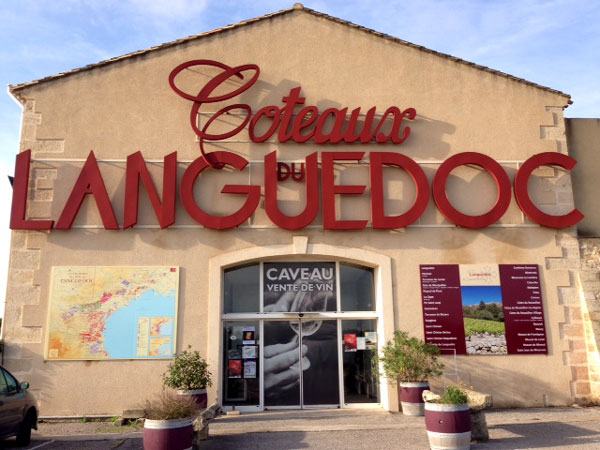 Having left Heathrow under distinctly Autumnal skies we touched down in Toulouse in glorious sunshine last Tuesday and then headed to Narbonne where we checked into the functional but welcoming Clarion Suites hotel, which has an enviable location right by the Canal du Midi. We then repaired to Le Petit Comptoir restaurant for a convivial supper and wine sampling with representatives of Languedoc wine production and various compatriots who share our enthusiasm for the region's wines. 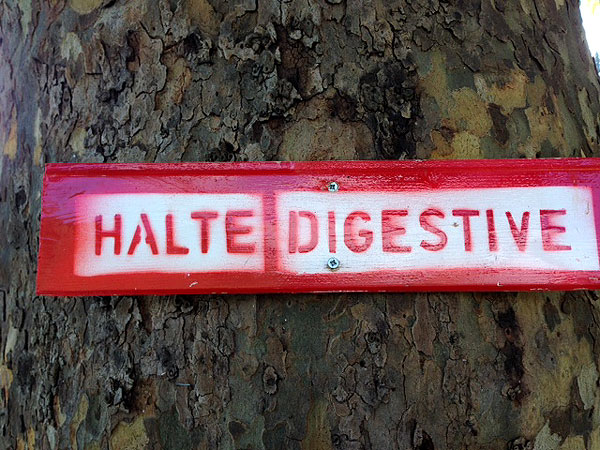 After retiring at an uncharacteristically sensible hour we were all ready to board our bus to the Maison des Vins du Languedoc in Lattes on Wednesday morning for an extensive sampling of Terrasses du Larzac, Saint-Saturnin, AOC Coteaux du Languedoc and Pic Saint-Loup. Space precludes going into too much detail here but recent vintages have been good. Most growers seem to have managed to pick most of their grapes before the rains came this year, and 2013 was another strong vintage. There are increasing numbers of wine-makers converting to organic viticulture, and the quality of white wines has increased enormously although they still represent a fraction of overall production. 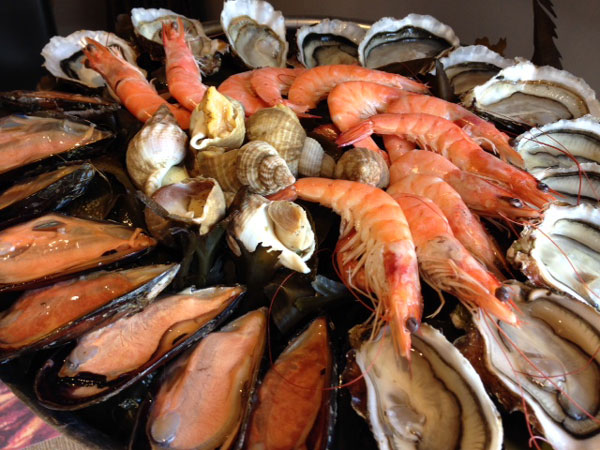 We then repaired to La Ferme Marine, a large seafood restaurant, on the Bassin du Thau for a fruits de mer fest accompanied by a potable Picpoul de Pinet from l'Ormarine. It was then straight back on the bus to the impressive Cistercian Abbaye de Valmagne for another extensive tasting of generic Coteaux du Languedoc and IGP wines, which bought a broader range of grapes styles and quality into play.

On Thursday we decamped to the picturesque village of Rouquebrun to major on Saint-Chinian after which we had a restorative lunch au plien air at the restaurant Le Faitout in the village of Berlou which was the gastronomic highlight of the trip thus far. Sardines and black rice with a chilled young red Saint-Chinian proved an unashamed crowd-pleaser.

It was then back to Narbonne for another big tasting of IGP or Vin de Pays wines before our final foray on Friday morning at Château du Luc in Corbières, whereafter our compadres headed off to Toulouse airport and we picked up a hire car in Carcassone and onwards to appointments with some of our long-established suppliers.

Our conclusions thus far. The Languedoc is a vast and variable wine-area but there are gems here if you are prepared to seek them out, and still bargains to be found particularly at IGP level. You can still eat very well in France although that requires more effort than it once seemingly did. Organised trips definitely expose you to more wines than you could possibly taste under your own steam and it is good fun to taste wines in the company of fellow enthusiasts. It is very difficult to pack in rain and arrive in sunshine. When we have the wood-burner on in Somerset people are still swimming in the Med in Toulon!

With thanks to: Chistina, Jerôme, Estelle, Sam, Trevor, Guy, Tom and Ed.