Our founder Robin Yapp started our corkscrew collection incrementally and somewhat incidentally in the 1970s and we have extended it over the ensuing decades with contributions from colleagues, customers, wine-makers and well wishers. It is an opportunist archive in that we have never been strongly driven to add to it, we have just accrued corkscrews here and there on our travels slowly increasing the number in our possession. Inevitably, a few of them are rarer and more valuable than others but we are not well informed in these matters and their worth has never really been part of our motivation. They do make for a good display in our shop and people of all ages enjoy examining them and passing comment.

Here are ten of our favourites. 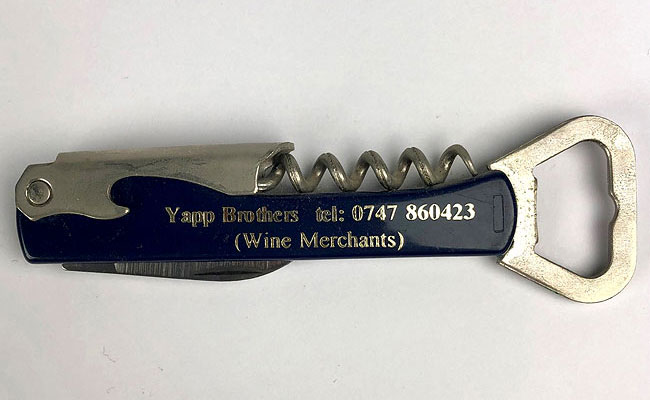 As far as we know this is unique. When we started to develop our 'on-trade' sales to restaurants and hotels in the early 1990s we had a batch of these produced to give as gifts to prospective clients. This is the only example still in our possession. Perhaps there are others out there. We'd love to know if you come across one. 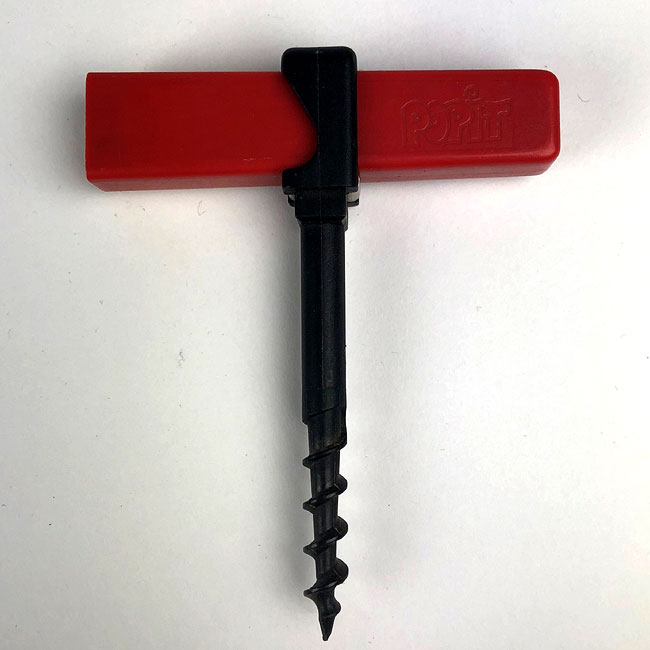 This is an oddity in that it is made from plastic and has a solid helix which many wine enthusiasts dislike. It is, however, the only model we possess that will pass through airport security scrutiny so is invaluable for tasting trips. 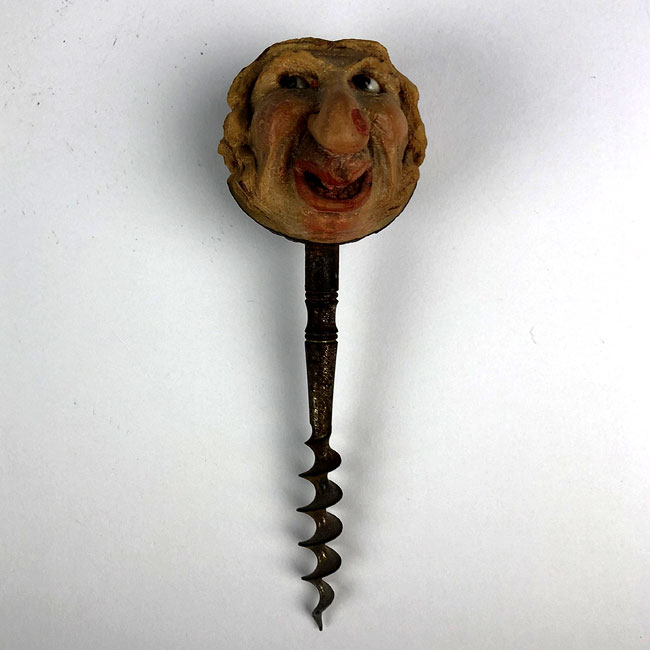 This is one of Robin's early discoveries and is carved out of a corozo or tagua nut and is probably French and almost certainly antique. We don't know much about its origins or value but apparently they are popular with collectors and can attract three figure sums at auction.

This is Victorian and was probably made between 1850 and 1899. It bears a maker's mark of 'R. Storey' at 24 Regent Street. We're not even certain what all it's various fixtures were intended for but pulling corks was definitely one of them and this should appeal to Scouts of all ages.

The patent for these was registered in Germany in 1894 although they were also produced in the UK. The inlay is celluloid and they were made between 1890 and 1920. Considered both daring and practical they are still popular today. This is the smaller and rarer of the two sizes that were made and is in good condition.

I think this is American and judging by the drinks suggested and her haircut it probably dates from the 1950s. It's certainly quite upbeat and she makes a good companion to our similarly proportioned 'barman'.

I picked this up in Steve Vee Bangrove's 'Collectibles' store in my home town of Frome that sold all kinds of paraphernalia including an early Ken Dodd souvenir programme to Ken Dodd himself. Interestingly, this was never intended for use with wine corks but was deliberately designed to remove stoppers from medicine bottles.

The design for the 'Laguiole Droit' Navja-esque knife by Jean-Pierre Calmels came into being in 1860 when cross-border Catalonian shepherds favoured Arabo-Hispanic styles. Corkscrews were added in the 1880s at the behest of bar owners catering to commuting travelers. These remain a favourite of sommeliers all over the world and are considered by many to be the best 'pocket' model.

Iron working in the Perigord town of Nontron dates back to the 13th Century when Petrocorii people used the cold, pure water of the river Bandiat to forge armory and cutlery. A census in 1788 recorded 8 knife-makers working in 5 cutleries. Knives and corkscrews are still produced in the town today and enjoy an international following.

An object lesson in minimalism these collapsible corkscrews are as useful today as they were when first conceived. If you are travelling light they're hard to beat.