Our new 2016 wine list is hot off the press and after months of planning and preparation we are delighted with the results – so do let us know if you or a friend would like to receive a copy in the post. 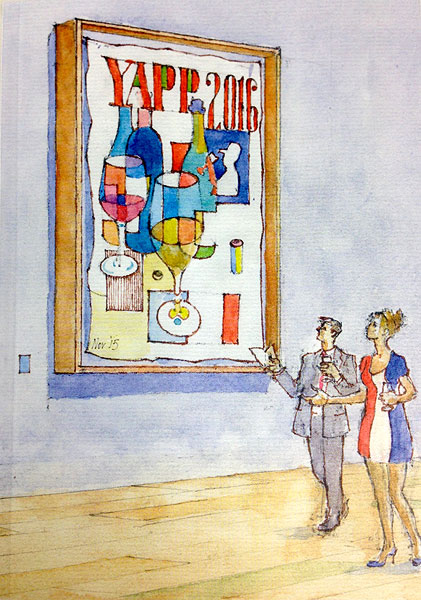 Toby Ward joins a roll call of celebrated artists who have undertaken the challenge of illustrating our annual catalogue, which is in danger of becoming more of a book than a pamphlet. It was great fun collaborating with Toby and he has really managed to capture the esprit of our wines and wine-makers. You can see more of his work on his own website here: http://www.tobyward.net 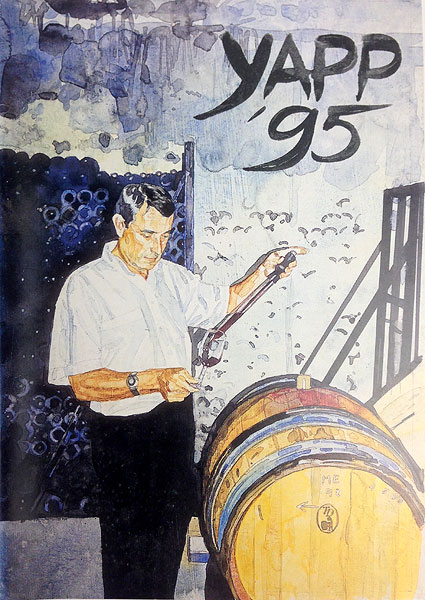 It was my father Robin who began cajoling talented artists to illustrate our lists back in the 1970s and today we are proud to continue that tradition. Topping the leader board with an impressive eight assignments (1991, 1994, 1995, 1996, 1998, 2001, 2005 and 2011) is our old friend John Raynes. He is equally adept at portraits and landscapes and knows the backwaters of viticultural France just as well as we do. 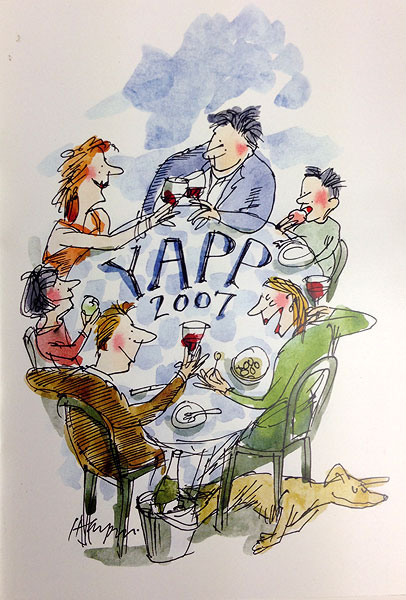 In second place is Merrily Harpur with three stints at the helm in 1997, 2003 and 2007. Her witty cartoons manage to evoke the joys of wine making and wine drinking in equal measure.

Your feedback suggests that you enjoy the combination of good wine and great art as much as we do so we best start planning next year’s production forthwith. We are delighted that our list has been short-listed for the International Wine Challenge’s ‘Wine List of the Year’ award for the last four years and live in hope that 2016 might be the year that we actually bag that coveted prize!