T S Eliot may have reckoned April to be the cruellest month but September can be unkind too. Going back to school or back to work after carefree days of languid summer indolence can be a shock to the system. To that end I like to have some pre-prepared foodstuffs squirreled away to leave time for sewing on name tapes and finding aberrant football boots. A tin of artichoke hearts can be transformed into an interesting autumnal appetiser if whizzed up in a blender with a generous quantity of grated Pecorino cheese and lashings of olive oil. I'd serve that with grilled pita bread, some chopped flat leaf parsley a chilled glass of Domaine Saparale's Corsican rosé and some black olives for colour contrast. 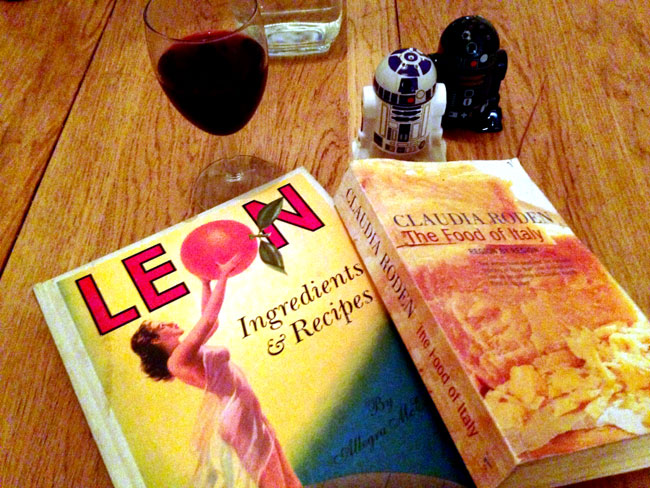 Another ruse is to batch cook large quantities of family favourites and put them in the freezer. The two recipes I turn to again and again for this purpose are Claudia Roden's 'Bolognese Meat Sauce', from her magnificent 'The Food of Italy' and Allegra McEvedy's 'Chilli con Carne' from her equally wonderful 'Ingredients and Recipes'. I know there are myriad other versions of both staples out there but after exhaustive research I can't surpass either. I use less stock and more wine than Claudia in the Bolognese but otherwise I'm by the book. Allegra's inspired decision to use chopped rather than minced beef in the Chilli makes the world of difference. Although both are indubitably meaty dishes they deploy a lot of vegetables too so are cheaper and healthier than one might suppose. You can have either on the table within half an hour of getting in late from the office and everyone will be happy – excluding vegetarians. You can cheer them up with a glass of white Costières de Nîmes from Château Roubaud and a bowl of instant noodles jazzed up with a stir-fried amalgamation of garlic, ginger, bok choy, soy sauce and lemon zest.

Cheese is the finest of convenience foods and many (like me) aver a wonderful accompaniment to wine. My current top three are Mrs Kirkham's Lancashire (a wonderfully friable salty cow's cheese), aged Manchego (with an almost crystalline, grainy texture) and Homewood Artisan Cheesemakers Fresh Ewes Cheese which is a delicate soft cheese made here in the West Country. Any or all of those would go down well with some poppy seed crackers and a glass of Maxime Graillot and Thomas Schmittel's superb red Crozes-Hermitage: Domaine des Lises 2013 which is drinking wonderfully well on its brairy Autumnal fruit.

These three wines are available as our September Wines of the Month offer case – two bottles of each wine for £89 delivered, saving £11.40 on list prices.