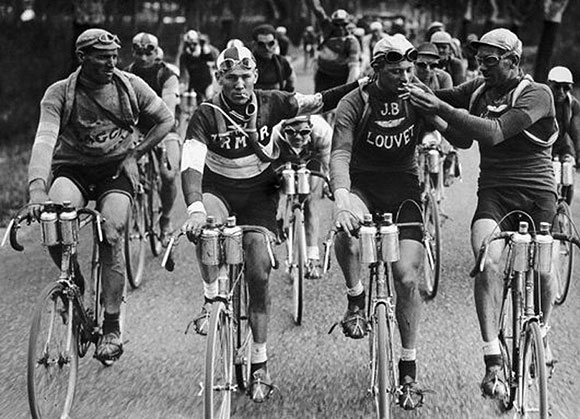 Back in April we set a fiendish quiz based on the Tour de France bike race mixed with a bit of local wine knowledge - we had a first prize of a rather nice cycling jersey, thanks to our friends over at Rapha, and we offered two runners up prizes of a bottle of Yapp Champagne each.

The response was excellent - but we have had numerous requests since for the answers too:

A special mention has to go to one entrant who tried to claim extra points for losing a 4,000 metre pursuit to Tommy Simpson in the Commonwealth Games, Cardiff 1958, which didn't make it past our impartiality test (maybe if he'd won the pursuit...).
We also noticed a huge spike in competition entries in the last weekend - all with suspiciously similar answers. A bit of detective work led us the the MoneySavingExpert website, where they have a 'Competitions and Freebies' forum - someone had posted a link to our competition there, together with the answers. (Un)fortunately, one of the answers they posted was wrong - which, aptly I guess for a quiz about the Tour de France, just goes to show winners never cheat, and cheaters never win!

We hope you enjoyed this quiz - and many thanks again to our friends at www.rapha.cc for supplying the first prize.