It was my pleasure last Thursday to co-host a tasting of wines from Domaine d’Eugénie and Château-Grillet in the private dining room at the Square restaurant in Mayfair. The Eugénie wines are represented in the U.K. by Armit Wines whose Head of Marketing Lucy Marcuson and Managing Director Mike Laing had done a terrific job of organising the event and chasing up an elite posse of super sommeliers from some of the country’s most feted temples of gastronomy. Presiding over proceedings was Jean Garandeau, the erudite Marketing Director of the legendary 1st growth Pauillac, Château Latour, whose owners acquired these celebrated estates in 2006 and 2011 respectively. 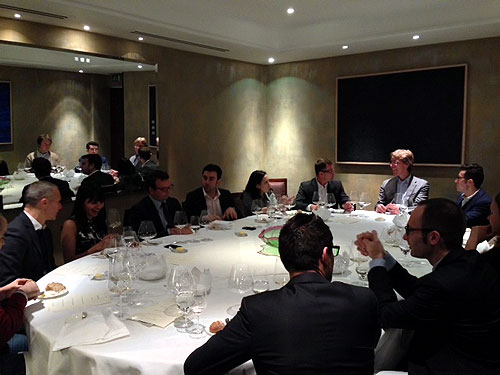 The tasting kicked-off with a flight of red Domaine Eugénie wines including their Vosne Romanée Villages in 2011 and 2010 a Clos d’Eugenie 2011 and a Vosne Romanée 1er Cru ‘Les Brûlées 2011’. Although still in their infancy all of the wines exhibited great complexity and finesse that are the result of prime vine-holdings and fastidious vineyard and cellar management. Although I am something of a novice when tasting wines from the Côte de Nuits it was patently evident that these are top-end bottlings capable of evolving over many years. The highlight for me was the ‘Les Brûlées’ which, as the name suggests, has lovely, pitchy, dark-berry notes that I found beguiling. 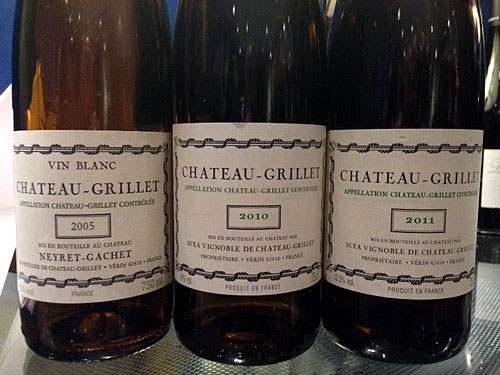 After this plethora of Pinot Noir I was back on home turf as we sampled the white Viogniers of the celebrated 3.8 hectare monopole Château-Grillet. Fortunately, I was just back from visiting the Northern Rhône so felt relatively up to speed regarding recent vintages and developments. We started our 3rd flight with the inaugural, 2011 release of a declassified Côtes-du-Rhône called ‘Pontcin’. It has delicate wild flower and honeysuckle aromas and a charming, mid-weight palate with an elegant, light finish. It makes a great introduction to the estate but is produced in lamentably low volumes. Next up, the 2011 Château-Grillet, exuded elegance and charm with a bouquet of balsam and white orchard fruit and a poised and persistent palate of citrus fruit and apricots offset by a terrific minerality. The final wine before we retired for lunch was the terrific 2010 Château-Grillet that has lovely agrume and white peach aromas and flavours and a long, creamy, taffeta-soft finish. 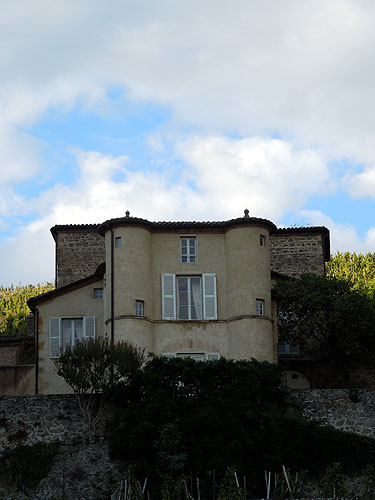 Lunch at the Square is never a hardship and we enjoyed some great dishes such as a Risotto of Smoked Chicken Oysters and Ceps with Aged Parmesan followed by a Slow Cooked Pork Cheek with Braised Squid and Clams. We also enjoyed very convivial company and a few more bottles from these two top estates. The only downside of such marvellous tastings and lunches is that they do eventually come to an end and you know that whatever food and wine you sample over the following days is going to taste terribly pedestrian.

With grateful thanks to Jean, Lucy and Mike.