There are only two reasons to buy wine futures (or 'en primeur' as it is known in the trade). One, because it secures rare wine where demand outstrips supply and two, because the en primeur price should be at a discount to the wine once bottled and physically available. Sure, there are secondary reasons – ensuring sound provenance, investment purposes etc - but these all follow from the first two principles.

The origins of this system date back to the 17th Century when English and Dutch merchants bought wine in barrel from the Châteaux, but it really took off post WWII when estates were in need of considerable investment. I don’t have a problem with the basic principle, (after all I used to work for a Futures Exchange!), that one can part with one’s hard-earned cash to guarantee delivery of a rare product at an advantageous price two years’ hence. Wine-making is very capital intensive (for example, wine presses cost around €100,000, 225L oak barrels are between €300- €500 each), so it is helpful to the winemaker if they can generate income quickly, rather than having cash tied up in stock. The producer gets money for investment, you get a deal and everyone is happy. 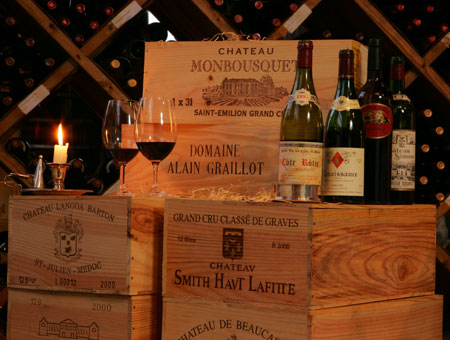 So is this still the case? Unfortunately, not. It is now becoming pretty clear that the Bordeaux 2010 en primeur campaign in May & June this year was a turkey. Nearly all the wines can still be obtained at prices close to or below ‘release’ prices. Bordeaux 2010 did not meet either of the two criteria for buying en primeur. This is despite the Châteaux holding back a fair amount to restrict supply and the practice that has crept in over the past 10 years of putting a large chunk of the vineyards’ production into second and third wines. Quite why anyone is prepared to part with over £2,000 for a case of a Château’s second wine is beyond me. Presumably, so they can secure a pipet-full of the first wine? This pattern is repeated if one looks at the current prices for Bordeaux 2009, where again you can currently purchase all the iconic wines at less than their en primeur release price. Go back further and you can see how current pricing isn’t looking too clever. Pre-2000 there are some veritable Bordeaux bargains (two words you don’t see juxtaposed very often), for example ‘potentially immortal’ Cheval Blanc from the great Right Bank vintage of 1998 at £400 / bt (98+ R Parker) compared to twice that for the 2010 en primeur 2010 (RP 96-98)!

To the great relief of wine drinkers, this rampant opportunism hasn’t spread too far and the other (much smaller) en primeur markets of Burgundy and the Rhône continue to support the rationale for buying. Winemakers such as Dujac, Coche Dury, Chave & Clape among others produce small volumes which sell out rapidly and, if you can find the wines on the secondary market, they are sold at a premium. Of course we would say that, but here’s an illustration. Domaine Jean-Louis Chave produced around 2,000 cases of 2009 red Hermitage, roughly 1,000 less than Pétrus. Both are excellent wines and received similar Parker scores 95-100 (Hermitage) and 96-100 (Pétrus). Pétrus was offered at close to £30,000 a dozen. We don’t yet know the release price for the Hermitage, but it won’t be one-tenth of that figure.

It seems clear that the Bordelais are focussed on the growing Chinese market, but the Chinese won’t keep buying en primeur if prices continue to stagnate year after year. I have counted five ‘vintages of a lifetime’ since 2000 from the Bordelais (00, 03, 05, 09 and 10), which suggests worrying mortality rates on the Gironde. Joking aside, one has to believe that such hubris will end in tears. As the Chinese might say: "When you go up to the mountain too often, you will eventually encounter the tiger."