Our village does seem to work on the collective momentum generated by birthdays, I’m never sure why but that’s seems to be the village MO. My son was 6 last week and as this coincided with a bank holiday weekend and a half decent weather forecast the impromptu BGCCC (Broughton Gifford Caravan and Camping Club) was formed for it’s inaugural mission – destination Devon.

On the Friday night the convoy started to leave the sleepy village, with a section breaking away to collect me en route at Yapp HQ. The advance party arrived on site and started to set up. As the evening progressed more arrived and set up base camp – by dusk we’d assembled 8 adults and 9 children – all ready for a shot at al fresco wine tasting the next evening. 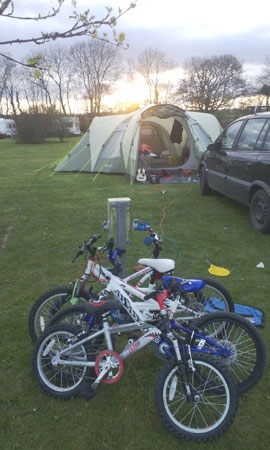 A great day on the beach (after finally managing to find car parking for 3 cars and a van in Lyme Regis) meant we could start on a few rosé Yapp staples – the Côtes du Luberon rosé from Château la Canorgue really hit the spot having been chilled all day – organic and fruity and showing the age of the assembled adults triggered a comment about Opal Fruits – even my children know they are called Starburst these days – but it was a great way to start the evening.

As the light began to fade, we moved in under canvas – the two universal stand outs of the night were the Beaumes de Venise: Vielles Vignes Domaine de Durban 2010 (most oenophiles know the sweet white Beaumes de Venise but not this delicious red incarnation) and the Bandol: Mas de la Rouvière Rouge 2007 was as blockbusting as ever! Also, it’s not every camping trip when you can try a Côtes du Rhône made by Jean Louis Chave! The 'Mon Coeur' 2010 was as silky and slick as you could have hoped for. 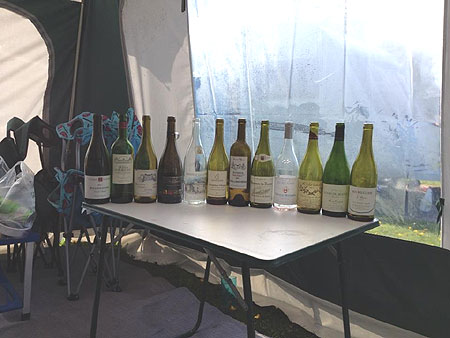 So, I’m now back at Yapp HQ having picked up my car from here on the way back – now reflecting on the weekend, this was the first hopefully of many BGCCC weekends away – we’ll look forward to the next excuse birthday to head off and drink wine by the sea – and maybe a few Devon Teas along the way to boot!