As my regular reader may recall I embraced the concept of salad quite late in life. I blame my grammar school (where I was incarcerated as a boarder for interminable years) which was not known for its haute cuisine. I still contest that salad can be jolly dull if it is prepared without imagination and amounts to little more than some green leaves with some token dressing. However, I now concede that with a little care, even a soupçon of flair, it can really enhance a repast and even constitute a meal in itself. Here are a few salads I've enjoyed recently that you should easily be able to replicate should you wish to. 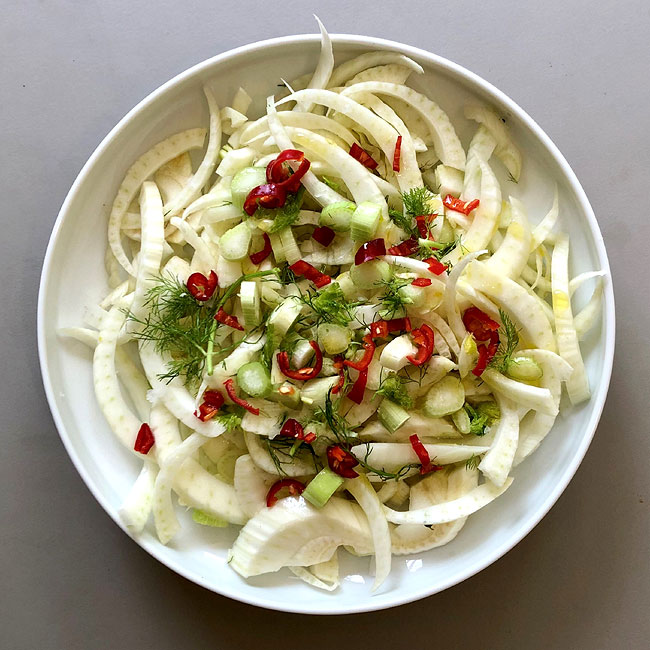 Sliced Fennel Chilli and Dill and Vinaigrette
I can remember exactly where I first encountered this simple yet harmonious combination of ingredients at the first (some would argue 'and best') Fishworks restaurant in Bath shortly after it opened in the mid 1990s. That means credit for its creation can almost certainly go to super seafood chef Mitch Tonks who was its founder. Anyway, it impressed me then and has remained in my repertoire ever since. It is easy to prepare, rich in taste and texture and can be paired with all manner of things like poached salmon or marinated and grilled chicken breasts. 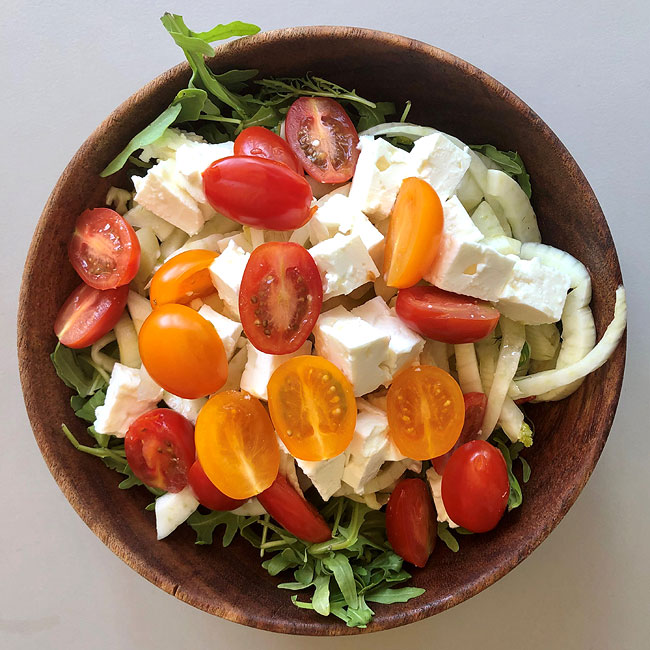 Tomatoes with Feta Cheese Basil and Mint
This Greek-influenced concoction is simplicity itself, the key being to source really good tomatoes. I dress this with a mixture of lemon juice and olive oil with a pinch of Maldron salt. 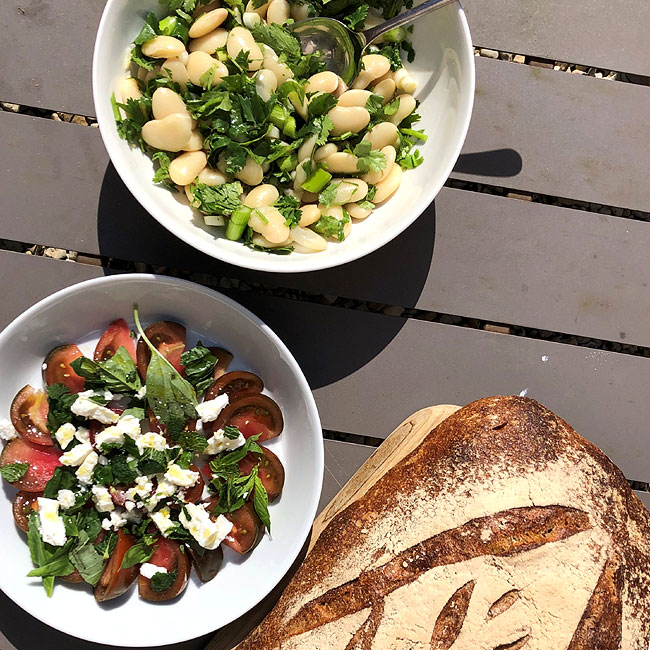 Butter Beans with Chopped Celery and Basil
Another straightforward assembly that adds substance and looks attractive. For the dressing here I use equal parts of olive oil and white wine vinegar seasoned with some salt and pepper. Buy (or make) a good sourdough loaf (as depicted).

Cherry Tomatoes with Little Gem Lettuce, Avocado and a Boiled Egg
If there is one thing I've learned in the era of restrained retail it is not to get too tied up in tradition and make the best use of what you have to hand. This salad was composed 'on the hoof' with food I had in the house and was none the worse for it.

Wine wise I would be drawn to an unoaked, dry white wine with all of the above although I might toy with a pale pink rosé if we were blessed with sunshine and could eat out of doors.