With my eldest son heading off to university I have been trying to extend my (and hopefully by proxy his) repertoire of simple, healthy and inexpensive weekday dishes. I was therefore delighted to chance upon a cookbook I hadn't heard of by a writer unknown to me in my local bookshop. It is called 'The Green Roasting Tin' and it is written by Rukmini Iyer. It is everything I was hoping for and more and if I were in a position to endow it with an award I would but will have to content myself with banging on about how brilliant it is.

The premise of the book is simple – every dish can be cooked in a single roasting tin. They are also all either vegetarian or vegan and, on the basis of my research thus far, delicious. It is very clearly written and each recipe is accompanied by a photograph illustrating how it should look. 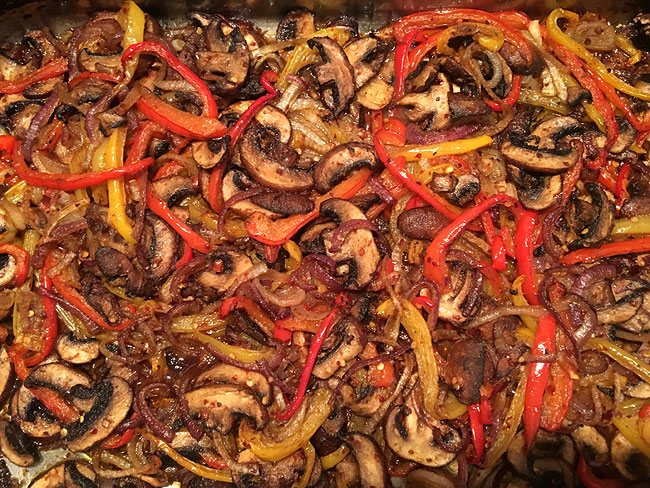 The first recipe I tried was 'Tomato and Bay Orzo with Black Pepper' which deploys pasta to absorb stock, like Arborio rice, and was incredibly easy to prepare and was wolfed down by my test audience. This was followed by 'Fajita Spiced Mushrooms and Peppers with Stilton and Sour Cream' which embraces more cross-cultural fusion than I would normally be happy with but was described by a house guest as 'banging', which I take to be a compliment. 'Squash and Gorgonzola Tart with Figs and Pecans' was also well-received as were 'Crispy Gnocchi with Roasted Peppers, Chilli, Rosemary and Ricotta' and 'Leek and Puy Lentil Gratin with Feta Cheese and Panko Breadcrumbs'. 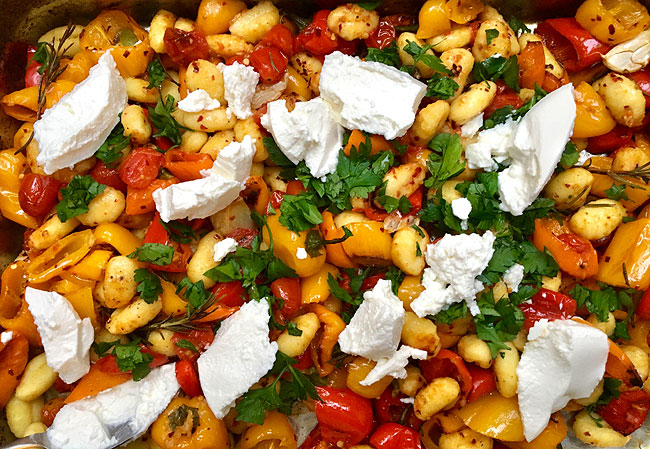 Rukmini, who I expect we will be hearing much more of in future, clearly has a great palate and clear vision of what flavours will work well together. She also understands the importance of texture and colour and, with the confidence of youth, has no fear combining ingredients that no one else has considered pairing previously. I am really looking forward to working my way through more of her recipes as they are so simple but inventive and, crucially, tasty. 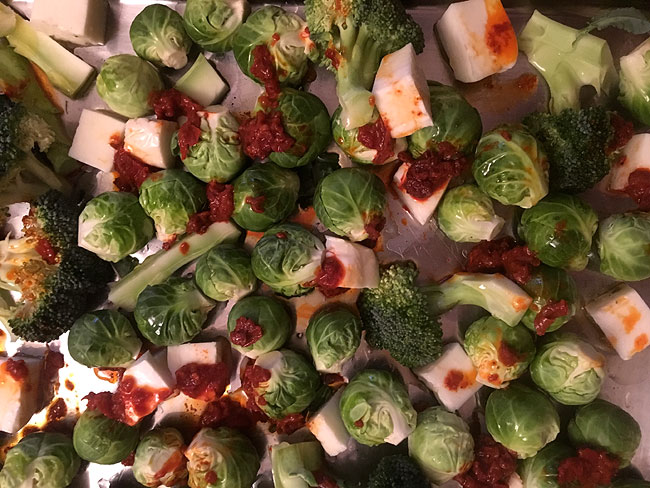 I find vegetarian food pretty versatile wine-wise but tend to favour white wines with cleaner, greener dishes and reds with more earthy offerings featuring mushrooms, pulses and root vegetables. This month's Weisser Burgunder and Saint-Nicolas-de-Bourgueil would both be good to have on stand-by - not that I would encourage students to drink on a week day when they should be studying!

[Disclaimer – this article was written prior to discovering that my sister Rowan Yapp was on the publishing team of 'The Green Roasting Tin' at Penguin Random House.]