It fell upon me to host my book group's most recent meeting and thankfully my book choice of 'Dodgers' by Bill Beverly was extremely well-received. Beverly's debut novel is about a road trip undertaken by a group of youthful LA gang members who are sent on a cross-country mission by their overlord. It's gripping stuff but not for the squeamish. I devoured it over a weekend and apparently the film rights have already been snapped up. 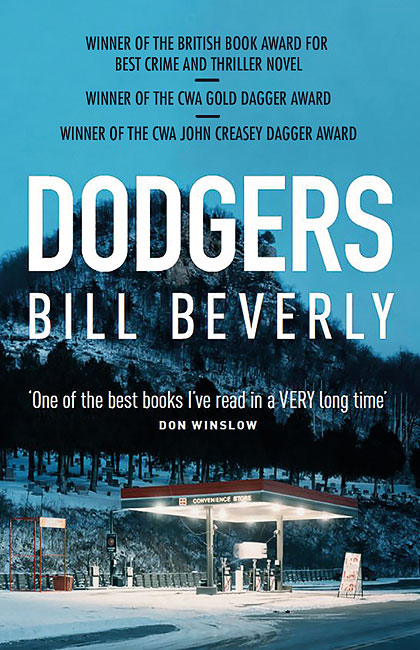 Club rules dictate that the host cooks and experience has taught us that it is best to serve something that can be prepped up well in advance. I slow-cooked a load of chicken thighs in a large roasting dish filled with a variety of chopped vegetables and a bottle of 'Yapp Blanc'. This is a recipe that has served me well for ages as the timing is fairly open-ended and you can use a whole variety of ingredients. In this instance I started off by de-seeding and finely slicing four bell peppers (two red and two yellow but any are fine). I then added two sliced Spanish onions, four chopped celery stalks, a pot of pitted black olives, a generous handful of chopped chorizo, two chopped chillies and three cloves of finely sliced garlic.

When all the ingredients are assembled you pour over the wine, place the chicken pieces on top and season them with salt and pepper. It is a dish that works well cooked slowly – about two hours at 180 degrees. It is important to turn the chicken over during cooking to ensure even browning. I served it with boiled long grain rice but couscous or crusty bread both make for good carbohydrate accompaniments. You could serve that with a red or white wine such as this month's IGP Vin de Pays de l'Hérault: Domaine Roquemale 'Meli Melo' 2015 or Jurançon Sec: Domaine Bellegarde 2015. 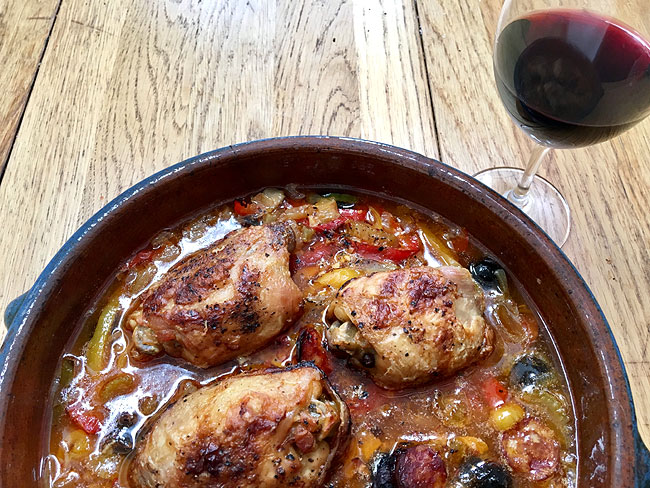 I don't know if that went down as well as the book but there were no complaints and we are due to reconvene next month to discuss Watling Street by John Higgs.