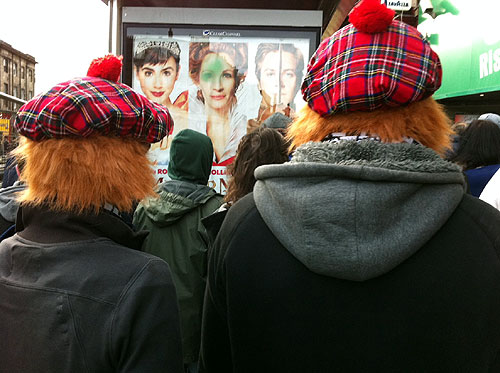 Catching early flights from Bristol and Heathrow respectively, Tom and I were uncorking bottles in the grand setting of Edinburgh’s Assembly Rooms by 11am on Saturday in preparation for The Wine Gang’s annual Scottish tasting. We were soon met by our winemaker friends Christine Campadieu from Collioure and Thomas Schmittel and Antoine Graillot from Crozes Hermitage.

The Wine Gang is a team of five experienced journalists – Anthony Rose, Joanna Simon, Tom Cannavan, David Williams and Jane Parkinson – and we were delighted to be joining them and a host of other merchants for their Caledonian caper. 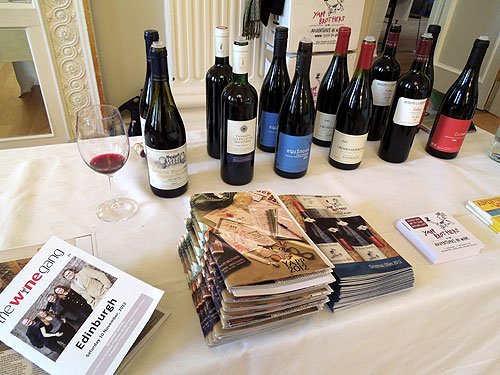 We participate in numerous wine events, but few north of the Border and we can report that this is an extremely well-organised and well-attended function. Over three hundred attendees had the opportunity to taste a similar number of wines, as well as participating in themed ‘wine walks’ and tutored masterclasses.

Alain Graillot’s classic Crozes Hermitage in the superb 2010 vintage and Christine’s brilliant Banyuls Réserva were two of the most popular wines on our table and our supplies only just held out. 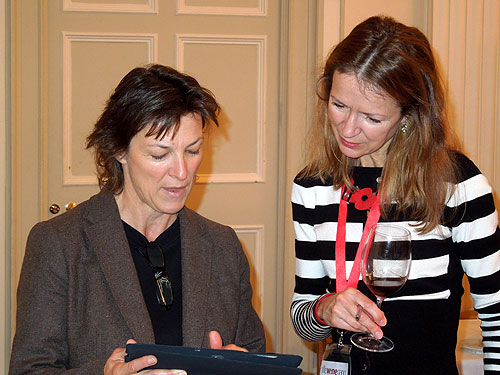 By 6pm it was time to pack up and we were all in need of refreshment, so in long-standing wine trade tradition we repaired to the nearest hostelry for a beer – after a lengthy day, a pint of Caledonian 80’ proved to be a perfect pick-me-up.

On Sunday morning there was a buzz in the air on the Royal Mile as the All Blacks were in town. By great endeavour, we had managed to procure tickets for our rugby-loving winemakers and we joined the throng heading out to Murrayfield. Despite the best efforts of a spirited Scottish 15 who managed to score three tries of their own, the Kiwis outclassed them with some spectacular running rugby.

Par hazard, we happened to be sharing a hotel with the New Zealand squad, which made for fecund autograph hunting in the Itchycoo bar over a couple of single malts that evening. We’re now heading south with our vigneron chums for the next leg of our winter tasting tour in London.