To 43 Upper Brook Street, London, W1 at Le Gavroche for my bi-annual bean-feast with front of house legend Silvano Giraldin to select the food and wines for our sell-out Spring lunch. If I had £1 for every time I’d been told that this was an enviable task I wouldn’t have to sit here and write this. The truth of the matter is that it is an enjoyable experience but it is not wantonly hedonistic or particularly easy. Executive chef Michel Roux, head chef Rachel Humphrey, head sommelier David Galetti and restaurant manager Emmanuel Landré, not to mention Silvano himself, are a formidable team and they expect one to offer informed opinion and insightful critical judgement. You could easily make a fool of yourself if you got carried away and tried to a pair a Sauternes with the Soufflé Suissesse! 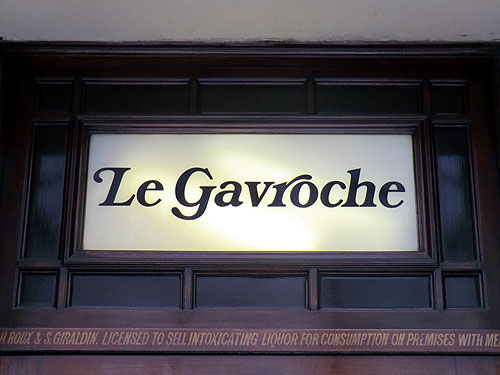 This was a first for me as we were tasting in the ‘Chef’s Library’ the lavish, new private room that was a fringe benefit of January’s root and branch kitchen refit. I was pleased to be showing several new listings for the scrutiny of the panel to both ring the changes and hopefully find some exciting new food and wine pairings. As ever the kitchen produced a stunning array of sensational seasonal dishes for our delectation. The difficulty was not what to include but what could we possibly leave out. 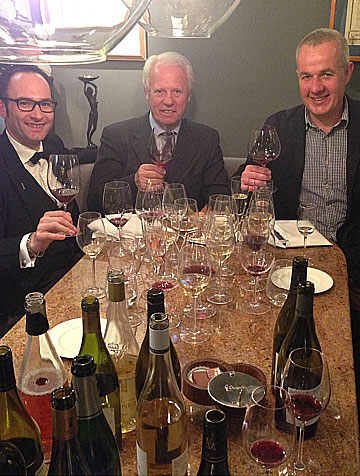 To partner some cracking canapés a sparkling Saint-Péray from Jean-Louis Thiers in the Northern Rhône found firm favour with everybody. With ripe orchard fruit scents and flavours a lively mousse and long, elegant finish this should get us off to a good start. We elected to offer diners a choice of sampling it with or without Gabriel Boudier’s peerless Crème de Cassis.

There was collective agreement that it would be good to feature some new season’s asparagus and the kitchen did not disappoint us when it produced a beautiful dish of perfectly al dente spears beneath fine shavings of summer truffle. The winning wine here was an unusual IGP Duché d’Uzès ‘Cuvée Amanlie’ 2012 from Lionel Pourquier’s Domaine Camp Galhan – an exotic Viognier, Grenache Blanc and Roussanne blend from the edge of the Cévennes. As well as being a gifted wine-maker Lionel also cultivates asparagus so perhaps it was no surprise that this combination worked so well.

With some stiff competition from an octopus salad, seared scallops in chorizo and parsley oil and the aforementioned soufflé we finally chose a dish of braised stone bass with red rice and ras-el-hanout spices (me neither but I wasn’t admitting it) for our second course. These strong Oriental flavours required a characterful wine accompaniment but not anything so powerful it would overwhelm the fish. After much deliberation we settled on Jean-Louis Chave’s beguiling white Saint-Joseph ‘Céleste’ 2012 that is made from a small parcel of mature Roussanne vines grown in a single vineyard in Mauves. We were in unanimous agreement that this was an inspired pairing. 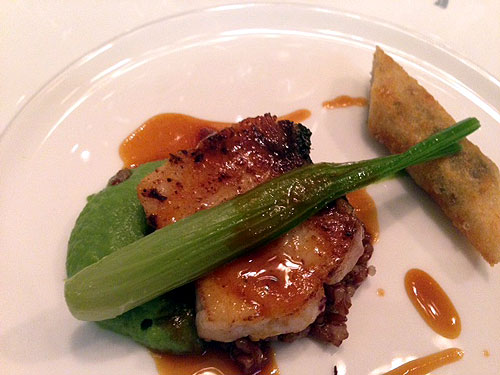 Despite being bedazzled by a beef fillet that had been slow-cooked with olives we eventually decided it was a tad too robust for a Spring menu and so elected to serve roast duck breast with wild mushrooms, celeriac and port jus on the day. For this we settled on two contrasting reds – Fred Filliatreau’s youthful, berry-scented, organic Saumur: Château Fouquet 2012 (an object lesson in cool climate Cabernet Franc) and the dense, briary Saint-Chinian 2010 from Château Milhau-Lacugue which was, quite rightly, rated as ‘outstanding’ in a recent blind tasting by Decanter magazine.

Personally I always struggle to forgo the Gavroche’s acclaimed assiette des desserts because I am a greedy hog and the chance to sample five different puddings at one fell swoop is practically irresistible. It does not however facilitate straightforward wine matching and ultimately we decided to plump for an ambrosial partnership of roast apricots on pain perdu served alongside Lina Piretti’s heady Muscat du Cap Corse - a personal favourite of David’s which had him grinning from ear to ear.

After a restorative expresso I tottered back out in to the sunlight happy with a job well done and the thought that I would be revisiting the highlights in a few days time!