The brilliant baroque basement of Otto's restaurant, on the border of Bloomsbury, was the sumptuous setting for a highly-convivial wine dinner with Antoine Graillot last night. Otto and I go back a long way and he keeps a very fine table and enviable cellar to boot so I am keen to stay in his good books. He had been cajoling me for a while into getting a wine maker over to host a dinner for his discerning clientele and happily Antoine Graillot from Domaine Alain Graillot in Crozes-Hermitage rose to the occasion. 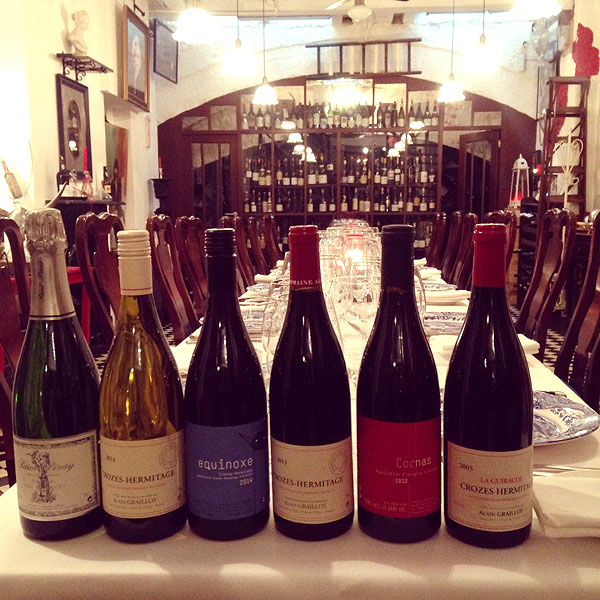 We kicked-off proceedings with the only interloper of the evening – a sparkling Saint-Péray Brut from Domaine Biguet at the Southernmost end of the Northern Rhône. Made from pure Marsanne that is bottle-fermented and hand-riddled it proved quite a crowd-pleaser but was soon usurped by the wines that followed. 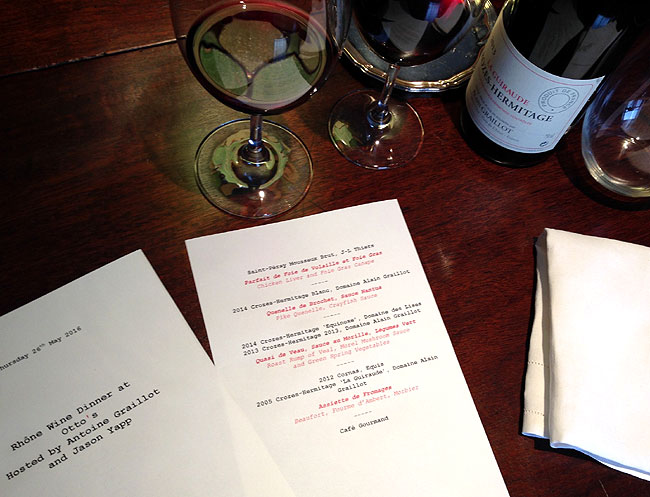 Antoine then introduced his family's celebrated white Crozes-Hermitage that is made from a blend of 80% Marsanne and 20% Roussanne and is bottled under screw-cap to conserve its fresh, youthful fruit. It was served with one of France's grandest (and most difficult to cook) gastronomic dishes Quenelle de Brochet with a crayfish sauce. The mineral-edged wine married marvelously with the delicate pike-perch and the sighs of contentment were audible. 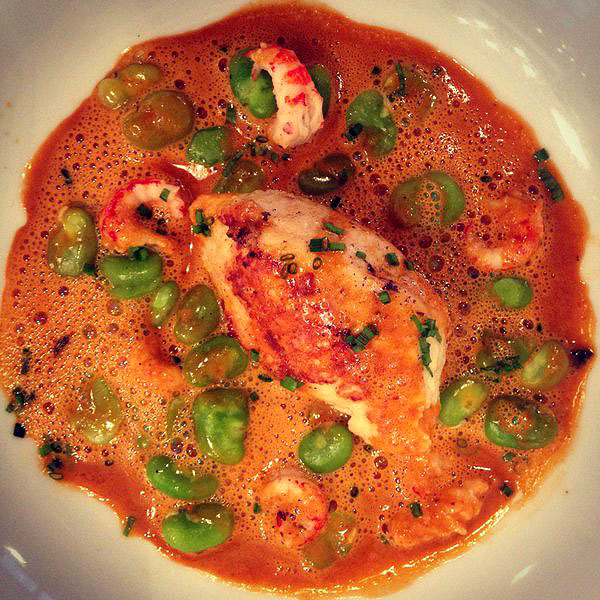 We were then treated to a pairing of the family's 'Equinoxe' bottling of red Crozes-Hermitage in the 'tricky' 2014 vintage alongside the principal estate wine in the 2013 vintage. The two wines could not have been more different considering they were made in the same place by the same people deploying the same grape – Syrah. The first was all sweet, youthful cassis fruit – I think 'quaffable' is the mot juste to describe it. The second wine tighter, firmer and much more structured with undertones of black pepper and a rasp of tannins that should support plenty of bottle age. Those were served with artfully sliced rump of veal in morel sauce that was cooked to pink perfection and made a fine foil for the two wines.

By this stage Antoine (who has enviably good English) was waxing lyrical about coopering, screw-caps, Coravins®, battonage and the best bars in Barcelona. As we were served the two star wines of the evening – a dark, brambly Cornas 'Equis' 2012 and the fiendishly hard to source, special 'La Guiraude' bottling of Crozes-Hermitage in the stunning 2005 vintage Antoine regrettably declared himself a Fromage-aphobe and so had to forgo Beaufort, Forme d'Ambert and Morbier that the rest of us enjoyed.

All in all it was a terrific evening with great food, wine and company and guests left feeling enlightened, entertained and sated. My only cause for concern is that Otto is going to demand a repeat performance toute de suite!