With temperatures nudging 30°C we had to don black tie last Thursday and head off to the Grosvenor House Hotel on Park Lane for the 30th anniversary of the International Wine Challenge. Having been nominated for four Specialist Merchant Awards – Loire, Regional France, Southwest of England and Rhône as well as the prestigious ‘Wine List of the Year’ award we were pretty optimistic about picking up a gong or two. 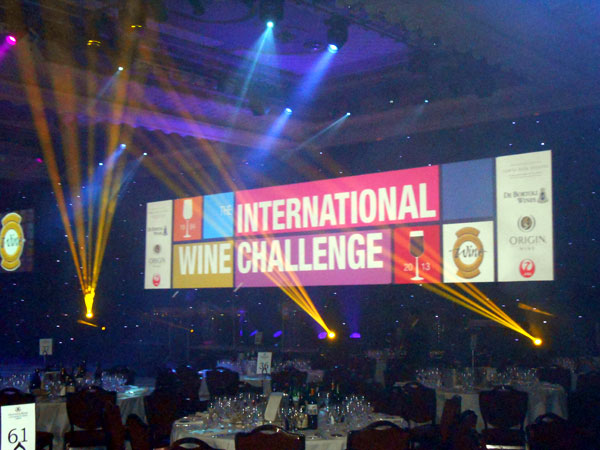 The annual awards ceremony had been brought forward two months to July but that hadn’t thinned the numbers at all and there was a great buzz as guests gathered in the Court Suite for the first round of prize-giving. One happy evolution is that seasoned compares Sam Harrop and Peter McCombie don’t hang about and they managed to rattle through the roll call of winners in record time. We bagged two big awards for Loire and Regional France so were in celebratory mode as we filed through to the ballroom. 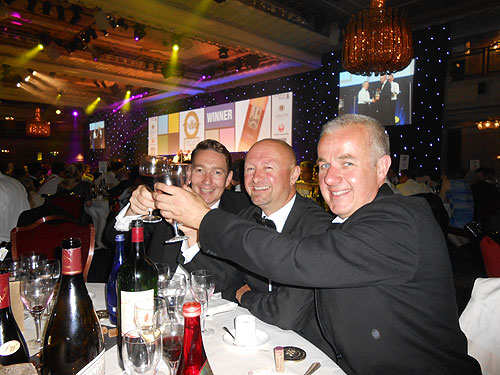 The UK wine trade then mingled en masse over glasses of Champagne Mumm Blanc de Blancs and Cordoniu Cava before being seated for dinner and a second marathon gong-fest presided over by Tim Atkin and Charles Metcalf. Table number 63 boasted a restricted view and maximum distance from the dance-floor, which one could argue are advantages but it was a jolly gathering as we were joined by two friends from Farr Vintners and Johnny Wheeler from the Colchester Wine Cellars. The Farr boys did us proud with a Prüm Riesling and a venerable Mersault which we followed up with magnums of Fillitreau ‘Vieilles Vignes’ Saumur-Champigny 2008 and Domaine de Trévallon 2003.

The cuisine was competent rather than memorable, as it is likely to be if you are feeding 900 people, but there was plenty of lively banter and wine trade gossip. Sadly we narrowly missed out on winning the ‘Wine List of the Year’ being ‘highly commended’ behind Armit’s victorious effort. Still, having been short-listed last year we are definitely making progress. 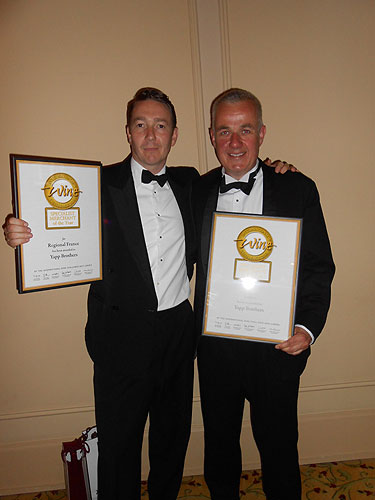 After the final prize-giving and pudding we adjourned to the Red Bar for cocktails which seemed like a great idea at the time but perhaps less so the following morning. It would be churlish not to thank the team at the IWC for putting on a great show and our colleagues here at Yapp Brothers for keeping the trophy cabinet well-stocked. While we’re at it we’d better thank you too – we’d be nothing without your loyal support and we’re jolly grateful for it!