The affinity between fine wine and great music has long been documented so I thought it might be fun to recall some of the best wines that I have been privileged to sample and pair them with resonant recordings released in the year of each vintage. Of course, taste in anything is subjective and dependent upon numerous variables so if you disagree with my selections feel free to compile your own. 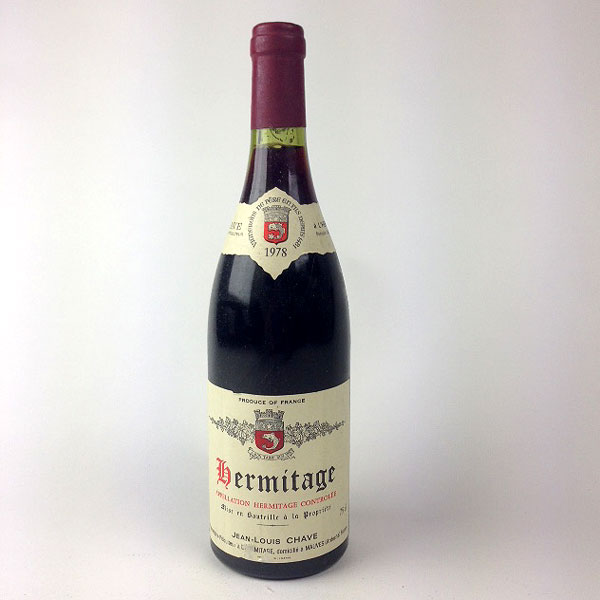 Hermitage: Domaine Jean-Louis Chave 1978
I have had the pleasure of tasting this iconic bottling on several occasions over the last 20 years but it is now a very rare and sought-after wine so I've no idea if or when I'll get to sample it again. 1978 was a touch-stone vintage in the Northern Rhône – a cool and wet spring reduced yields but a warm summer followed creating the raw material to make powerful, tannic wines of great concentration and longevity. Now fully mature the legendary Chave '78 is beautifully balanced with warm red stone fruit scents and flavours, a sensuous texture and long, persistent finish. 1978 was a marvellous year for music too although I doubt the likes of Gérard Chave and Auguste Clape had much insight into the burgeoning British punk scene at the time. If pushed I'd have to go for Siouxsie and the Banshees debut single 'Hong Kong Garden' to accompany this beauty. 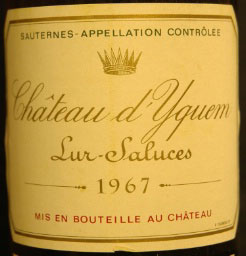 Sauternes: Château d'Yquem 1967
This is an evocative wine for me as I was born in 1967 and I once blew a month's wages on a single bottle that I drank many years later in very good company including Michael Broadbent who has sampled it on almost fifty occasions and says 'ambrosial' is the adjective that always springs to mind. I possess only one half-bottle in my cellar, which was previously the property of the late, great bon viveur and diarist Alan Clark. I am saving it for my dotage when I shall share it with whoever can abide my company – I'll put an original vinyl copy of the Kinks' 'Waterloo Sunset' on the turntable and reflect on the thought that as the grapes that made the wine were developing so was I. 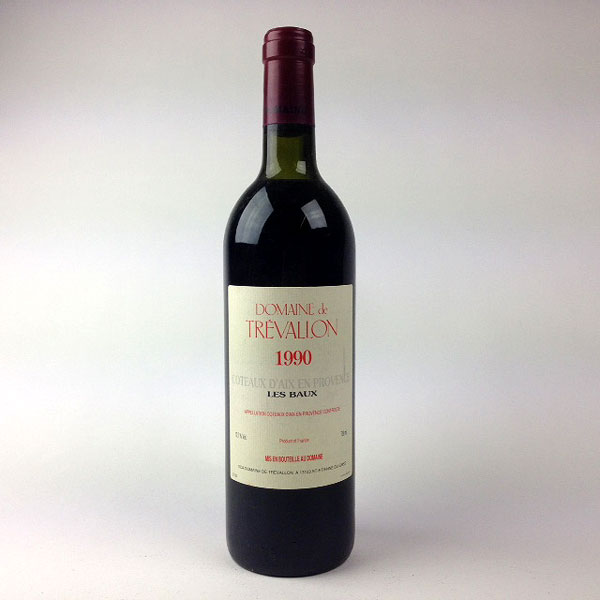 Domaine de Trévallon 1990
I have an enduring penchant for Domaine de Trévallon but it is jolly vintage sensitive and it is a pity it is no longer the bargain it was before it came to the attention of an international audience. I've been lucky enough to taste just about every vintage ever produced, some many times, and I think my all-time favourite is the 1990. It has all the components of a great wine – fruit, tannin, acidity and finesse and they are all harmoniously integrated. It is still drinking beautifully and I imagine will continue to do so for another decade or more. 1990 was a dodgy year in the charts though with the New Kids on the Block, Vanilla Ice, MC Hammer and Janet Jackson all featuring prominently but I think Sinead O'Connor's 'Nothing Compares to You' stands the test of time – one could certainly do far worse.

Saint-Julien: Château Gruaud Larose 1982
Much as I love mature classed growth Claret I sadly possess very little but I was treated to a bottle of this by Bordeaux big-wig Stephen Browett, the boss of Farr Vintners, and I felt the earth move. Robert Parker observed that it was built for the long haul stating that: "This behemoth is a singularly profound example of Gruaud Larose that continues to justify its legendary status." 'A Town Called Malice' by The Jam would be my prescribed musical accompaniment.

Morey-Saint-Denis: Clos du Tart 2003
Despite having worked in the wine trade all of my adult life and having spent a year in my twenties living in Burgundy I retained a bit of a Pinot Noir block until my forties. Adam Brett-Smith of Corney & Barrow very generously sent a glass of this over to my table when we were dining in the same establishment and it was a revelation. Something clicked into place and (as with first class air travel) I realised that I was born into the wrong family. Nil desperandum I can always cheer myself with a bit of Beyoncé being 'Crazy in Love' with her future husband Jay Z.

Screaming Eagle 1997
So many of the best wines I have tasted have been down to the generosity of others and their eagerness to share their enthusiasm and this is no exception. Restaurateur and print expert Andrew Edmunds popped a cork on this Californian rarity without a second thought to its value one lunchtime and it went down very well with some lamb chops and mashed potato. Complex and concentrated it has been described as a 'perfect' wine but its four figure price tag probably precludes my sampling it again. Is there such a thing as a perfect record? Erykak Badu's 'On and on' is surely close to perfection.

Châteauneuf-du-Pape: Domaine du Père Caboche 1959
Jean-Pierre Boisson the erstwhile mayor of Châteauneuf-du-Pape once indulged me with oldest Southern Rhône wine I've ever sampled to prove the point that old vine Grenache can age gracefully. Well he was right this beauty had a faded robe but lots of stewed red berry flavours and a lovely silky texture. If I ever get my hands on another bottle I shall accompany it with an equally enduring hit Dion and the Belmonts 'Teenager in Love'.

Saumur-Champigny 'Vieilles Vignes': Domaine Filliatreau 1989
1989 (the year of my graduation) was an outstanding vintage in the Loire valley - a warm summer yielded wonderfully rich, powerful, age-worthy reds of which this is a prime example. Matthew Jukes avers that this is a 'mesmerising and peerless glimpse of what Loire Cabernet Franc is capable of' and I concur. As ever large bottle bottle formats have aged best just like 'Back to Life' by Soul II Soul.

Krug Brut 1982
I first sampled this when I was stacking shelves in Oddbins in Marylebone and I think my penury made it taste all the more wonderful. Long, layered, complex and refined - this is one premium Champagne that is worthy of its reputation. In the unlikely event of our paths crossing again I'll 'Get Down On It' with Kool and the Gang.

Port: Fonseca 1977
I bought and stashed a few bottles of the brilliant 'Jubilee' vintage when I first secured (almost) gainful employment. It's stood the test of time and still exhibits amazing youth and plenty of dark, sweet, alluring fruit - just the thing to accompany a cheese board and 'White Riot' by The Clash.