Happy Christmas (war is nearly over...)

As a self confessed oenophile and melomane this time of year throws many a swerve ball – the wine that I both know and love is flying out of the doors here at Yapp HQ and the staples that I habitually imbibe during the year are getting thin on the ground or await re-stocking from France.

Shops do unusual things at this time of year, for some reason best known to the outlets, they feel a need to play, on rotation, Christmas tunes that no one really seems to audit – I used to live in the middle of Bath and a ‘bad’ busker outside with a one song repertoire would wear equally thin on the ground by 10.00am on a Saturday. I always thought variety was supposed to be the spice of life? I do know that Slade wrote their Christmas Song to be overly cheering (and noisy) in 1973 as an antidote to power cuts and the 3 day week – but we’re still playing it 38 years later and that just can’t be good for your musical health. 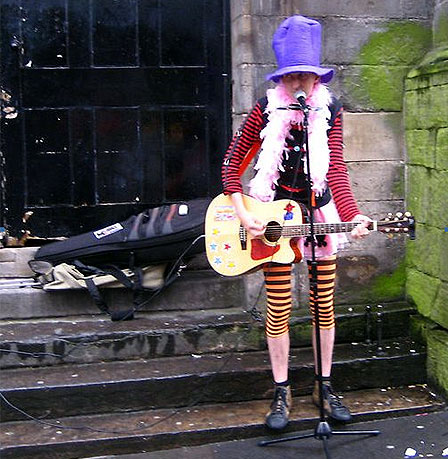 Some swerve balls however are great and unexpected, I saw my son in his Primary School nativity play last week dressed as a sheep singing ‘rock around the flock’ and there’s always some good news if you look for it – we’ve still got good stocks of the delicious Vacqueyras: Cuvée Spéciale 2003 and the Pogues wrote a Fairytale of New York with the late and great Kirsty MacColl – so that’ll be enough to get me through to the New Year – well that and a few bottles of Yapp Champagne and Bellet: Domaine de la Source Rouge 2006.

And if variety is the spice of life – I may well be taking home our Christmas variety pack (the infamous Degustation Dozen) to see me through to new year.. as anyone who has worked at a Wine Merchant in December will know what it’s like – so much so we’ve booked our Christmas meal and night out – for 21st January 2012!

PS Our shop here in Mere is very festive, has some great wines open to taste, is open 9-6pm this week (even on Christmas Eve) – and there’s no playing of “That’s what I call Christmas 42” or whatever it may be called this year!