Village life ticks along throughout the year, but in the summer months there's a hidden collective force that seems determined to make hay while the sun shines. Well, I say hidden force but my wife and her routine partner in crime Nikki are often the whirlwind that seems to make these things happen. Last year, they put together a summer 'bash' in the garden where gents were asked to wear DJs and the ladies adorn themselves ball attire. It's always an interesting proposition, dressing for the city and partying in the countryside, but as always it all worked out alright in the end. 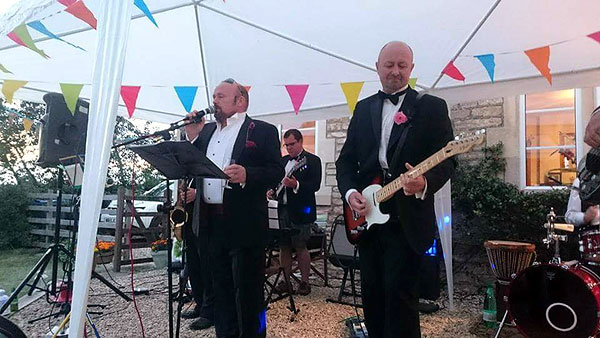 I'm a guitarist in the local village band, and the one thing the planners hadn't considered was trying to get the band to don black tie for night – the other planning seemed to be child play in comparison. Our guitarist and keyboard maestro managed the 'top half' in dress shirt but could only find a pair of shorts, and our base player dug out the most impressive smoking jacket I think I have ever seen! 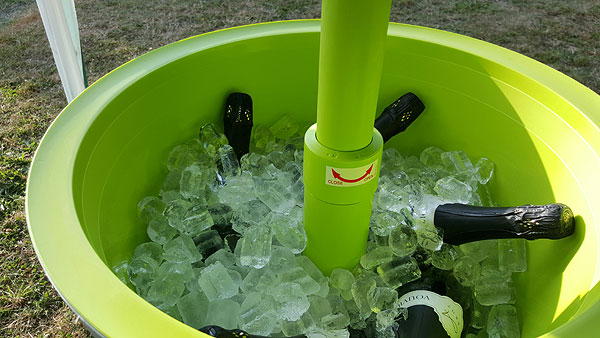 We oiled the evening celebrations with the village staple of Vouvray Mousseux Brut to start things off and Vin de Pays de Vaucluse: Le Petit Caboche 2014 to keep the party flowing. The band played on to the early hours, we moved onto a few bottles of the new Yapp Blanc 2014 and guests made their way home to finally let various babysitters go home and stop minding the various rural buildings we'd all headed out from hours before. 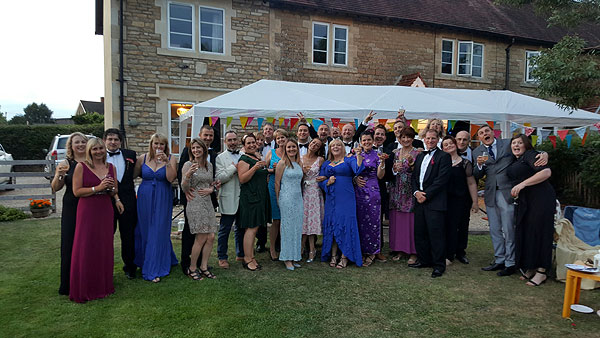 And these 2 whirlwinds who organised this one? Had a ball (literally) and have already booked the date for next year...