Here at Yapp Brothers we spend a great deal of time advising our loyal clientele on which bottles to partner with specific dishes so we thought it only fair to let you know some of our own festive food and wine matching plans in the hope they will inspire you.

Bianca will be playing host to a visiting contingent from her native Holland so she will be dusting off her Gourmet set for a traditional, Dutch raclette feast where participants grill their own meat and vegetables. In addition to a good supply of chilled Orangeboom she will also be serving Frederick Filliatreau’s organic, red Saumur ‘Château Fouquet' for those who prefer wine to beer. 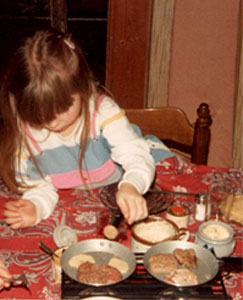 A Vintage Photo of Bianca & her Gourmet Set

Hamish, whose grandfather was a Smithfield butcher, eschews poultry at Christmas time in favour of a rib of beef that he will partner with a magnum of Gigondas: Domaine Saint Gayan 2010; one of only 2 rated as ‘outstanding’ in Decanter magazine’s recent panel tasting. He will then serve a Banyuls Réserva along with figs, apricots and nuts as a novel, de-constructed, Catalonian Christmas pudding.

Tom has already ordered his Norfolk bronze turkey from the excellent Stourhead Farm shop. He always gets a generously proportioned one as he likes to cook Jane Grigson’s ‘Devilled and Pulled’ turkey on Boxing Day. This medieval dish involves marinating the dark meat with spices, mustard and mango chutney and serving the white meat in a cream and lemon juice sauce. It goes down well with an Alsace Gewürztraminer or Pinot Blanc.

Shop manager Meirion enjoys a duck for Christmas dinner which he roasts and serves with pommes anna and a cherry sauce in the Burgundian manner. It is hardly surprising then that he will be broaching a bottle of the Côte du Beaune’s finest – an Aloxe-Corton from Domaine François Gay before seguing on to a vintage Gigondas; which he knows a bit about having worked a harvest out there back in the mists of time.

Our web guru Richard is off to see relatives in Kent and the quid pro quo is that he brings some decent booze in return for being fed. He’s already laid in a couple of magnums of Gilles Dumangin’s superb Premier Cru ‘Grand Réserve’ Champagne which should start the festivities with a bang or at the very least a loud pop.

Claire is entertaining neighbours on Christmas Eve and is going to serve them up a salmon en croute with creamed spinach and saffron rice. She’s judiciously playing safe with white Burgundy – Christophe Camu’s mineral-edged 2012 Chablis should be just the ticket. 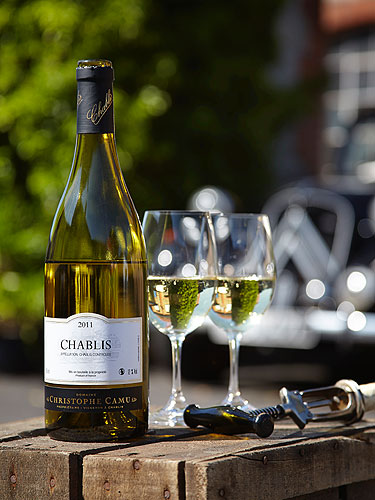 Andy has good family connections with a premium food retailer and has already procured that most festive of cheeses - Vacherin Mont d’Or. This seasonal delicacy is best spooned straight onto crusty bread and he’s opting to serve it with a very lightly-chilled Savoie Mondeuse which should complement the viscid fromage to perfection. 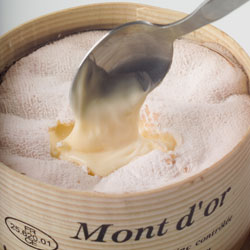 Young Sebastien is going to be serving up a traditional, roast ham studded with cloves on Boxing Day that he will be pairing with Claire’s homemade chutney and our popular red Vin de Pays ‘Petit Caboche’ – which is made by the mayor of Châteauneuf-du-Pape and is a tried and tested crowd pleaser.

Finally by popular demand (see previous entry) we give you Robin Yapp’s recipe for his infamous ‘White Lady’ cocktail, originally created by Harry MacElhone at his eponymous bar in Paris in 1923:
Shake a double jigger of gin, along with one each of Cointreau and freshly squeezed lemon juice and a single egg white, vigorously over ice then strain into ice-cold, shallow glasses and serve immediately.
We serve these on Christmas Eve as a pre-prandial sharpener and, as with all good family traditions, we now insist upon them!