The UK's annual wine equivalent of the BAFTAs took place on a sweltering evening last Thursday (6th July). With the temperature more suited to flip flops and shorts than black tie, a thousand or so wine industry brethren and sistren congregated at Park Lane's Hilton hotel to find out if they had picked up a gong and, more generally, gossip. 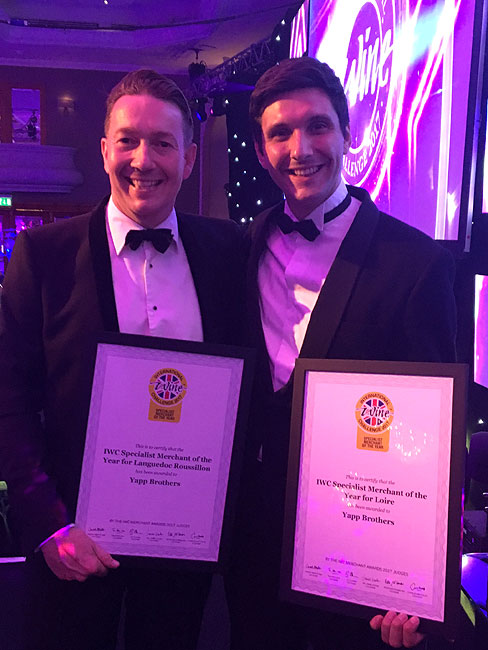 With Jason otherwise engaged with a Yapp event in Wiltshire, London-based duo Tom and Alex sallied forth on the company's behalf. We like to send two employees in the hope that we win more awards that any one individual could possibly carry home.

Having bagged two Regional Specialist Merchant Awards – Loire and Languedoc-Roussillon (the latter being particularly pleasing considering our recent shipments of Grange des Pères and Montcalmès) - we tracked down our table in the main hall. We had been shortlisted for Wine List of the Year several times in the past, but ever the bridesmaid, never the bride.

Nevertheless, Tom almost choked on his glass of white Cassis (judiciously sent up to the event in advance), when they announced Yapp Brothers as this year's winner! He assures us that he managed to thank all and sundry – artist David Chandler, writer Jason Yapp, designer Andy Batchelor, staff, customers, winemakers, his dog, his agent, his dog's agent – without breaking into tears, but it may have been a close run thing. 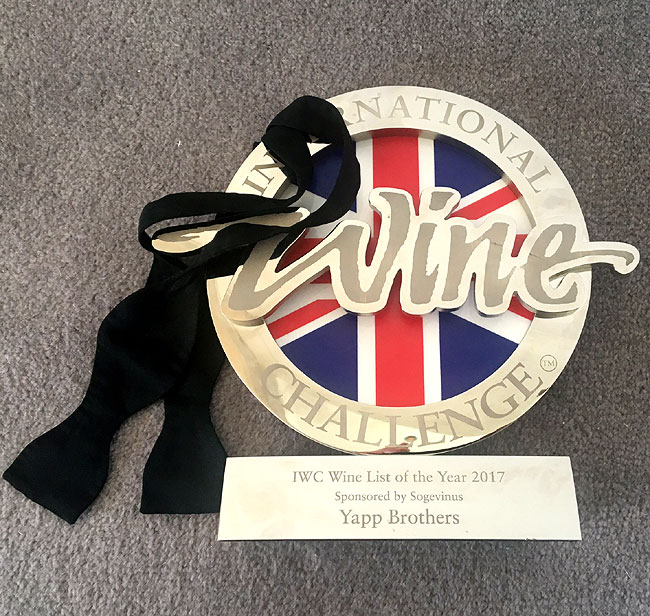 The handsome trophy will be on display alongside our legendary corkscrew collection in our shop in Mere, unless we decide to embark on a tour of the British Isles with it.