It was a Very Good Year

When friends and relations celebrate birthdays and anniversaries I often amuse myself by investigating the vintage in question and finding out what type of wine, if any, it was good for. If the research is fruitful you can then have more fun trying to source a bottle from that year as a topical gift. The first part of this task is made relatively easy by my indispensable “Pocket Guide to Wine Vintages” by Michael Broadbent. The second part is budget dependent and normally involves calls to specialist merchants or a thorough browse on the internet: www.wine-searcher.com is a useful and user-friendly web-site for locating rare bottles.

Some people, like my godson (1990 great for just about everything), sister-in-law (1970 a classic Claret vintage) and elder son (1998 terrific in the Rhône, especially the South) have the sense to be born in indisputably good years where decent bottles are readily available albeit at a price. Others, like myself, (1967 widely indifferent) are less lucky but there is nearly always something of merit somewhere, provided one is prepared to delve and diversify. In my own instance, although ’67 was a so-so vintage in Bordeaux, the sweet wines of Sauternes were uncommonly good. The astronomical sum I paid for a half-bottle (still undrunk) of the peerless Château d’Yquem 1967 is still a source of bitter argument in the Yapp household! 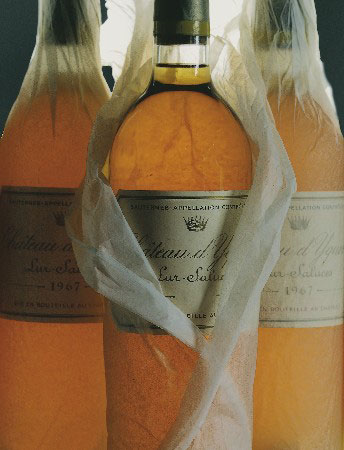 If one is unlucky enough to be born in a truly dire vintage – 1984 is the most recent real stinker (being bad for Bordeaux, Rhône, Burgundy, Champagne, Port, Italy, California and just about everything else with the possible exception of Australia) – then an ability to think laterally is useful. Anyone celebrating a fiftieth birthday this year will have to dig deep to buy any 1961 Claret as it was one of the best vintages of the 20th Century. Two bottles from the prolific (and underrated) 1986 vintage, totalling 50 years together, might make for a more affordable alternative.

If you’re really stuck, as those celebrating eighteenth birthday’s this year might be (1993 I’m afraid), spirits such as malt whisky or Armagnac often age well, while being less vintage sensitive. Alternatively one can buy Tawny Ports, brandies and even rums that have been aged 10, 15 or 20+ years in barrel but don’t actually state a year of production. For the truly aged, fortified wines like Port and Madeira are more likely to retain some youthful vigour in the long-term. 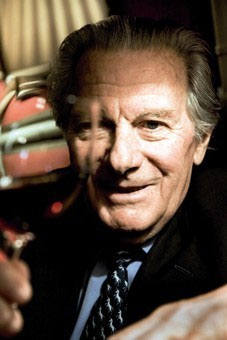 A few years ago I was privileged to meet Anthony Barton of Château Léoville-Barton in Saint Julien, a wine-making hero of mine. We tasted through several recent vintages and he told me he was born in 1930, a notoriously poor year in Bordeaux – of which Michael Broadbent says simply: “Bad weather, bad times, bad wines”! He then explained to me with a mischievous twinkle that he always chooses to celebrate with the vintage of his conception – 1929 was a very good year.