Kington Langley – Always Good to be Back

Myself and Meirion (our ‘legendary’ Shop Manager) habitually return to the KLWAS tasting (The Kington Langley Wine Appreciation Society) as we enjoy going probably as much as they enjoy having us there. We’re normally driving up in the first wild weather of October but this year we were ringing the changes by showing summer wines in June. It all looks very different in the Summer sun it has to be said. We arrived as planned and were counting the group as they amassed – we’d pulled in the biggest crowd in the society’s history, literally a full house. 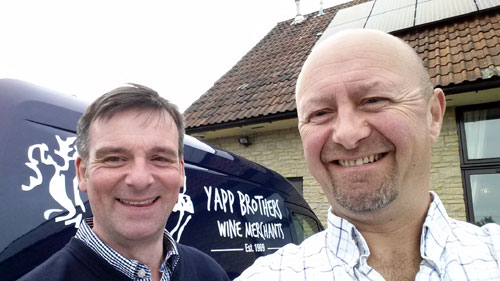 The wines showed well and we’d brought along a few new Yapp wines as well – the Saint-Chinian 'Cuvée Magali': Château Milhau-Lacugue 2010 went down a storm with all assembled, as did the Vin de Pays Duché d'Uzès: Domaine Camp Galhan 'Amanlie' 2012. I always learn something new on these nights, this year I heard how the 'Cuvée Magali' was so called to mark the 20th Birthday of Jean Lacugue’s daughter. I’m assuming she was called Magali before the wine...

As we left, with the fading light of the day we were already planning our return to the clan that are the KLWAS! 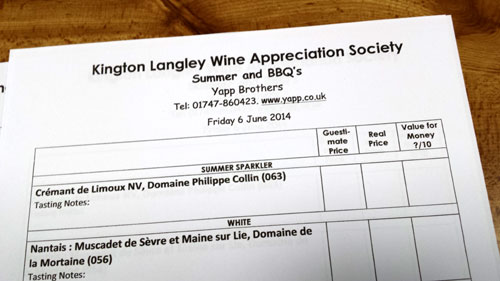