Having worked in the wine trade for most of my adult life I have been constantly surrounded by wine labels in which I have developed a keen (some might say obsessional) interest. Here are 10 of my favourites: 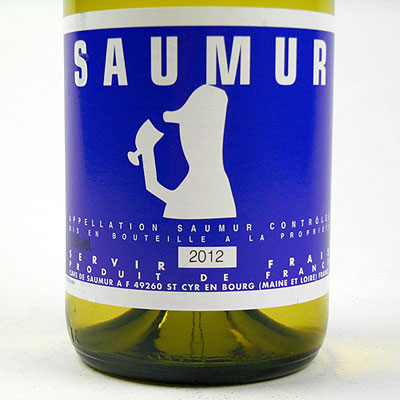 I commissioned this wonderful design from Pippa Goldfinger in the mid-1990s and it has stuck as an enduring classic. Based on graffito of Charles de Gaulle and fonts taken from French street signs it couldn’t be more Gallic. Today Pippa’s ‘Saumur man’ has taken on a life of his own and now adorns our polo shirts, vehicles, mugs and corkscrews. 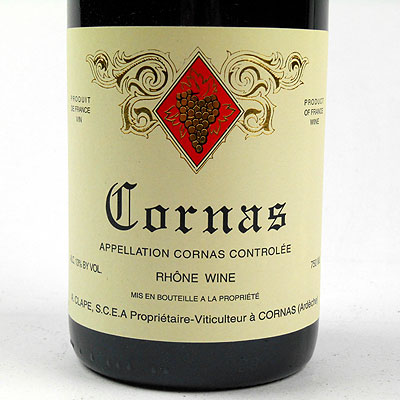 I love a bit of unreconstructed, ‘Old School’, Gothic, blackletter type which has all but died out except on beer bottles, broadsheet newspaper masts and the occasional wine label. Auguste Clape’s Cornas label has not changed in living memory and should be subject to a preservation order. Alain Voge’s version is also excellent but has its grape motif set in a square not a diamond – I should get out more! 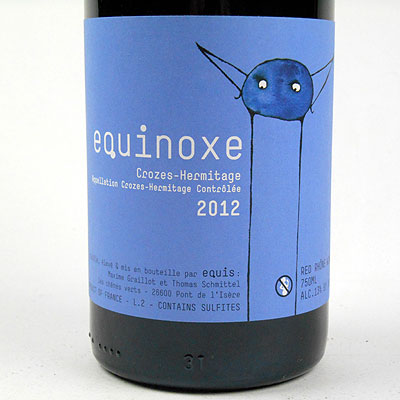 My old chum Alain Graillot has always produced wine labels that are both elegant and legible so it is no surprise that his son Maxime is a chip off the old block. In partnership with his friend Thomas Schmittel he bottles this youthful, forward-drinking Crozes-Hermitage called ‘Equinoxe’. This marvellous, modernist label was designed by Thomas’s brother Mattieu at: www.fake.fr. It is surely destined to become a cult classic.

Legendary wine-maker Paul Draper had the original (and much imitated) idea of combining a front and back label together listing ALL his wines contents and including a veritable essay on the vagaries of each vintage. In a distinctive ‘Optima’ font his Ridge Vineyards labels are the epitome of Californian cool – the wines are awesome too!

My Dad commissioned this label, depicting a cavorting Bacchanalian couple, from Quentin Blake back in 1985 to pep up the packaging on our ever-popular Muscadet from Domaine de la Mortaine.
Happily the wine and the label remain as zesty and zany as ever!

The celebrated Pauillac estate has a long and noble history of commissioning artists to illustrate their illustrious first-growth bottling including Andy Warhol, Marc Chagall, Pablo Picasso and Henry Moore. The 1988 vintage featured the Château’s famous ram motif as interpreted by Keith Haring who tragically died shortly before the wine was released in 1990.

The collaboration of Gonzo artist Ralph Steadman and gifted wine-maker Randall Graham resulted in some of my all-time favourite wine labels. Sadly Mr Graham sold his ‘house’ brands in the mid noughties so these remain in the realm of collectors only these days.

This iconic art deco image was created for Château Roubaud by Léo Dupin, who worked under the sobriquet ‘Palou’, in 1931 aged 33. Apparently a few of the original posters still exist and they exchange hands for eye-watering sums.

Ron Laughton of Heathcote and Michel Chapoutier of Hermitage are both visionary wine-makers and keen champions of bio-dynamic viticulture. Together they planted their ‘La Pleiade’ vineyard in Heathcote in 1998, naming it after the constellation they could see from both their homes. The inaugural vintage of ‘La Pleiade’ Shiraz was released in 2003. The minimalist front label has no writing at all just some holes depicting planets. All the detail is on the back label.

I adore the illuminated lettering on traditional Burgundy bottles which has its roots in monastic ownership in the Middle Ages. What I like about this example from the small, family-run Henri-Ricard estate in Gevrey-Chambertin is the way in which it has assimilated the contemporary, green ‘Agriculture Biologique’ logo juxtaposing ancient and modern. Norman Foster would doubtless approve.