The ‘Grand Départ’ of the historic centenary of the Tour de France will start next June in the picturesque port of Porto Vecchio on the south-eastern coast of Corsica and should attract thousands of cycling fans to the Granite Island. One hopes that some of them will acquaint themselves with the local wines which are seldom found elsewhere as the islanders understandably like to safeguard the best stuff for their own consumption. 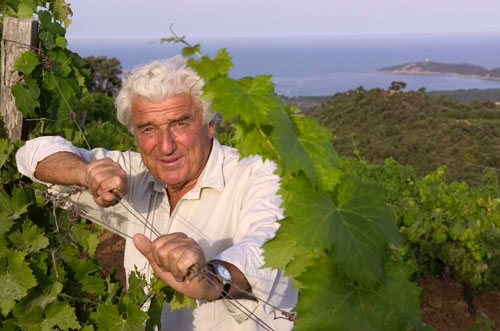 Veteran vigneron Christian Imbert planted his organic Domaine de Torraccia vineyard in reclaimed scrubland in the hills above Porto Vecchio in 1966. At the time he was regarded as an ill-advised eccentric – today he is seen as a pioneering visionary. Now in his 80s Christian is enjoying a well-earned retirement although he is still an inveterate traveller and vocal ambassador for the family’s wines. His son Marc has now taken over wine-making duties here deploying traditional grapes to produce wines of elegance and finesse with a strong sense of terroir. The Domaine de Torraccia blanc is made from pure Vermentino and has an inimitable herbal bouquet, savoury, citrus-streaked palate and a dry, minerally finish. Seafood or asparagus are failsafe accompaniments. The Torraccia red is made from Corsican curios Sciacarello and Nielluccio along with southern staples Syrah and Grenache. It has earthy Maquis aromas and a mid-weight, briary palate ideally suited to the rustic local cuisine. A second senior Cuvée of red, that is only produced in superior vintages, is called ‘Oriu’ - the Corsican word for a cache or stash or something to be secreted away. It is made from 80% Nielluccio and 20% Sciacarello and is a dense, dark, spicy, gastronomic Vin de Garde that can easily support 10 years bottle-age. 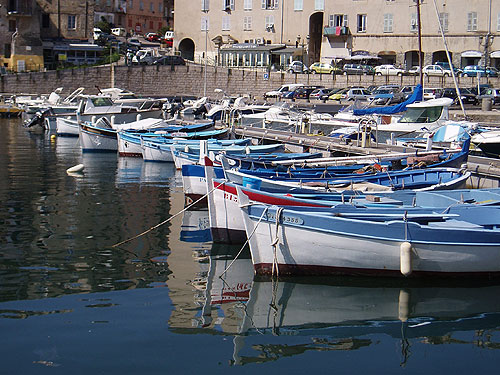 The Harbour at Bastia

Lina Pierretti of Domaine Pieretti will have a golden opportunity to see the finish of the opening stage of Le Grande Boucle in Bastia on Saturday June 29th as she will only have to drive 20 kilometres down the coast of the Cap Corse from her cellars in Luri. Visitors to the area would be remiss not to sample her terrific, coral-pink, Coteaux du Cap Corse that has a fragrant ‘crushed-berry’ bouquet and a zesty, dry palate redolent of redcurrants and raspberries. Lina also bottles a stupendous, sweet, fortified Muscat that is honeyed and smooth and packed with ripe apricot flavours. It makes for a decadent ‘sun-downer’ or partner to fruit-based desserts.

Our friend Philippe Farinelli of Domaine Saparale will have to schlep 50 kilometres up from Sartène by winding mountainous roads (traversed by fearless Corsican drivers!) if he wishes to see the stage finish in the port of Ajaccio the following day. Should he decide to do so he might be advised to take some of his own wine with him as it has such a strong local following it can be hard to source even in situ. Philippe makes a superb, scrub-scented white Vermentino which has a lovely, un-oaked orchard fruit palate with subtle minerally undertones. His rosé, made from a blend of Sciacarello and Vermentino with a hint of Nielluccio, has a lovely racy acidity and fine red fruit flavours and makes for ideal al fresco imbibing with or without a generous platter of fruits de mer. Philippe also makes a perennially popular and reliable red from a blend of 80% Sciacarello and 20% Nielluccio. It has appealing wild herb and forest floor aromas and a beguiling black fruit palate supported by fine-grained tannins.

Writing this in the midst of a British Winter the prospect of a tasting trip to Corscia next June suddenly seems irresistible – I think I’d better start planning a Grand Départ of my own!