To the impressive new 'Chef's Library' private room at Le Gavroche to meet with Michel Roux, Silvano Giraldin and head sommelier David Galetti for a marathon of food and wine matching to make our selections for our annual Autumn lunch this Thursday. That may sound like a first class ticket on the gravy train but I assure you that a direct audience with three of the hospitality industry's pre-eminent figures does focus one's attention. 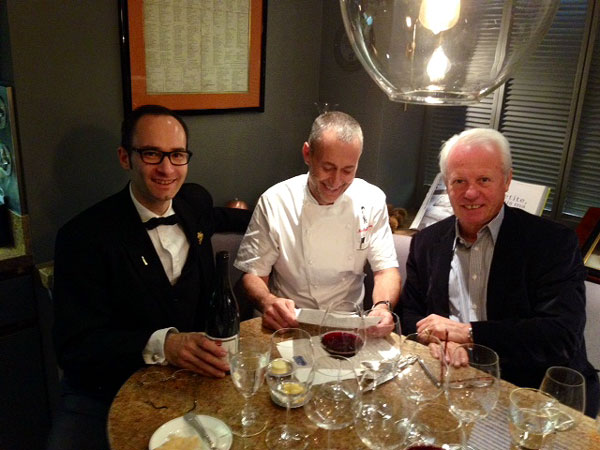 Fortunately we got off to a good start as we were in unanimous agreement about which wine worked best as an aperitif to accompany canapés and soon settled upon a Vouvray Mousseux Brut from Domaine Aubert as a crowd-pleasing fizz to prime palates for the ensuing feast. Then, after much deliberation and samplings of the kitchen's legendary Soufflé Suissesse and mi-cuît Scottish salmon we settled upon a Carpaccio of Beef with pickled beets and rye toast as a delicious and unusual amuse-bouche that really shone out alongside a scrub-scented Corsican Vermentino from Domaine Saparale.

For our starter a dish of seared scallops with white bean purée and truffled mushrooms was on everybody's short-list but it took us a while to find a really resonant wine match. Eventually we hit upon an organic Marsanne-Roussanne blend from the Languedoc called 'Les Mûriers' from Mas Bruguière whose wild herb notes and oily texture married marvellously with the shellfish and the more earthy mushroom flavours. We all concurred that we should feature a really indulgent and comforting dish alongside a brace of chest-thumping reds to herald the onset of Autumn. After sampling some delicious lamb and unimpeachable pheasant we had a clear winner - a slow-braised rump cap of beef served with the smoothest, creamiest mashed potato I have ever had the pleasure of tasting. There was universal agreement on the wine front too. Firstly a black-fruited Brézème 'Grand Chêne' 2012 - a tarry straight Syrah from the base of the Northern Rhône followed by the terrific Domaine Richeaume 'Cuvée Tradition' a sumptuous, organic blend of Rhône and Bordelais grapes from Provence.

By way of a finale we worked our way through the entire 'Assiette du Chef', a heavenly selection of miniature desserts that featured a divine rum baba and a perfect panna cotta. We eventually agreed upon a dish of caramelized apples, almond cake and vanilla ice-cream that was a clear favourite paired with our stalwart – Muscat de Beaumes de Venise from Domaine de Durban – a heady, sweet nectar that left us all smiling. 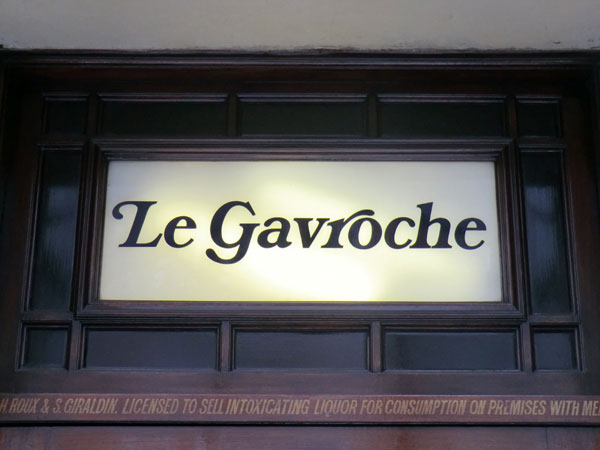 I'm already looking forward to re-visiting our selections in the full confidence that they have been thoroughly road-tested by the best in the business!

(For those unable to attend, we have put together a mixed case of the wines featured in our Autumn Lunch - available on our website here).