In keen anticipation of a family holiday in France thoughts turn to the pleasures of French market shopping and the wealth and quality of the comestibles to be found and fine meals that will ensue. The first task is to select a decent market. In high summer that means nothing too large or touristy. Bigger towns that attract a multitude of visitors are hellish to park in, have a higher ratio of vendors selling tat and you are more likely to get fleeced. There will always be African guys selling fake Raybans and Bob Marley T-shirts on the periphery of proceedings but an influx of people inflicting henna tattoos and hair braids is best avoided. Another key point is to get there early. This is when the locals shop, when the bars and cafés are still accessible and when the best provender is to be bagged. You also avoid the ignominy of hearing your compatriots murder la belle langue française or, worse still, bellow in English under the common miss-conception that the louder they speak the more comprehensible they become. 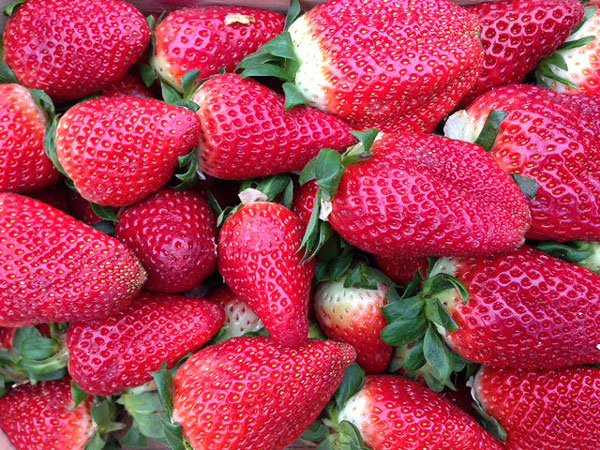 The first thing to do on arrival is buy bread – you can always take it back to your car if you don't want to cart it around. The French rely on their pain quotidien and the boulangerie is where the longest queues will form by mid-morning. The second, for the same reason, is to have a quick stand-up coffee in a bar. If you want to sit outside a café at 11am being studiously ignored by an over-worked waiter then good luck to you. I then like to assign tasks to my various cohorts (being bossy as well as snobbish) so we are not doubling up duties and buying 3 punnets of strawberries but no melons. Speaking of melons I get them almost last of all due to their bulk and weight, ditto booze – although finding potable plonk at le marché is a fool's errand so I tend to stock up elsewhere. The melons, which are small-ish and from the Charente, are second to none. They have a wonderfully succulent texture and are sweet and juicy. I'm acquainted with several French elders who swear by sniffing them prior to purchase but if this is of any true benefit it is lost on me. 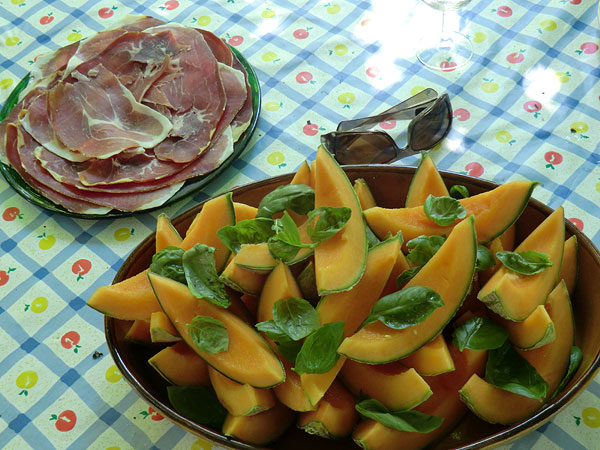 Cheese, although fantastic, should be bought with caution as Gallic fromagères are taught from an early age how to deftly draw a cheese-wire at an acute angle so that you end up with a wedge 3 times the size you had indicated. When this, inevitably, occurs you must insist that they subdivide the slab in question so that you leave with only 50% more than you intended. The little goat cheeses called cabicou are particularly good in salads dressed with walnut oil when they are young and fresh and snowy white beneath their creamy skins. 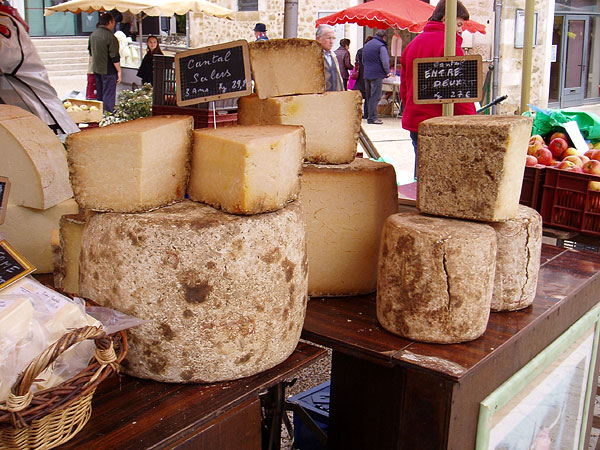 I rarely buy much in the way of meat on market day and am never tempted by horse although it is meant to be both healthy and tasty. The exception being rotisserie chicken (you need to specify fermière to get one of good provenance) which we buy last of all to take home and scoff with potatoes basted in the roasting juices and a crisp, green salad. Fish is another matter altogether and it is a sorry market that doesn't boast a poissonnerie selling oysters, sea snails, and langoustines which make for wonderful al fresco eating.

Saladings (aka rabbit food) and veg I leave to the memsahib (add sexist to that list of shortcomings) as she takes an interest in such matters and is much more likely to procure tasty tomatoes and lively lettuce than a Philistine like me.

By and large we try and avoid impulse buys but that is not to say that we don't boast a fine collection of mouse traps, unworn espadrilles, garlic crushers and wind chimes. So when your attention starts to drift and you are on the verge of buying something you neither want nor need it is time to beat a tactical retreat before the hordes descend.

Once back at your lodgings it is time to enjoy the fruits of your labour which should be unpacked straight on to an outdoor table and accompanied by a glass of something chilled and inappropriate for the disenfranchised.

So if you find yourself in Thiviers, Nontron or Piégut-Pluviers during les vacances and see a well fed Englishman laden with shopping that could well be me.