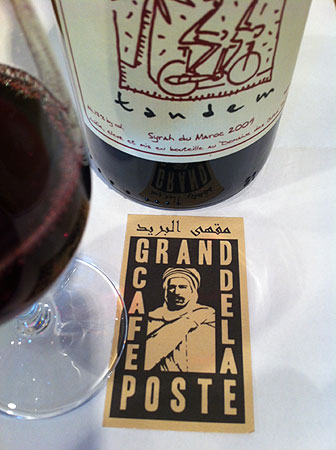 Le Grand Café de la Poste in the new town (Gueliz) of Marrakech is a short ‘petit taxi’ ride from the delightful Riad Njemma (www.riad-njemma.com) where we were staying in the old walled city (Medina). In fact, you’ll probably pass more time negotiating a fare with the taxi driver than the actual amount of time spent inside his cab, but that’s part of the fun in Morocco. I was pleased, but unsurprised to see Alain Graillot’s Moroccan Syrah called Tandem (or Syrocco for some international markets) on the wine list at 790 dirhams (£60). You could also toy with Alain’s St Joseph (£80), a bottle of Laurent Perrier Brut NV for a similar amount or impress the smart, ex-pat crowd with a bottle of Petrus 2001 at just over £2,000. Clearly, hefty restaurant mark-ups aren’t the exclusive preserve of European cities. We chose to enjoy the excellent local delicacies - grilled sardines on tomatoes with a very decent and modestly-priced local rosé, El Mogador, produced from ‘bush vine’ varieties that one would find in Southern France – Carignan, Grenache and Cinsault, legacy of the country’s time as a French protectorate. 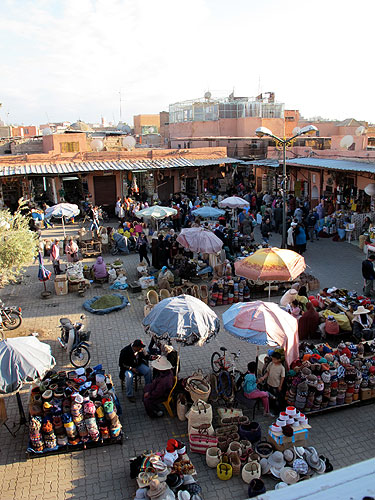 Marrakech is a heck of a place; medieval menagerie meets modern metropolis. You could spend whole days shopping in the Souks (and, by God, my wife tried), or hours marvelling at the street perfomers in the Jemaa el Fna or the wonders of Yves-Saint-Laurent’s Jardins Marjorelle. One afternoon, I zipped off on the back of a moped for a hair-raising ride across town for a few hours in a steam bath (hamaam). This was a public affair situated in the down and dirty dyers’ area of the Medina where fathers and sons were stretching limbs and cracking joints throughout the complex. I was well-guided through the etiquette and minded not to fall into the trap of a friend who had nearly caused a diplomatic incident in Japan when he decided to wash his feet in the onsen’s communal rinsing bucket. Suitably cleansed, it was back across the city for a sun-downer on the terrace of the Mamounia, a splendid Art Deco hotel that was a favourite of Churchill’s. 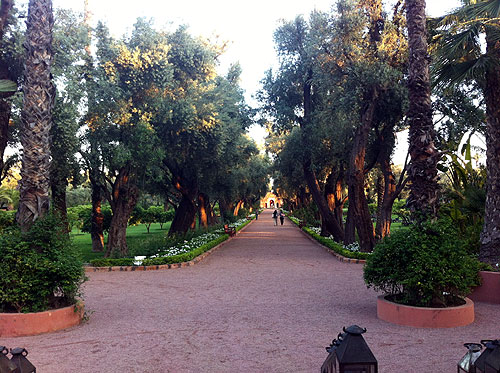 This short blog can’t do justice to such a beguiling city but, if you’ve not been, I’d heartily recommend a visit. J’y reviens!