Francophiles who are admirers of 20th Century modernist architecture should plan a city break to Marseilles and marvel at Le Corbusier's 'Unité d'Habitation' a seminal design in cast concrete urban high-rise housing that has been much imitated but never surpassed. Completed in 1952 and located to south of the city off the Boulevard Michelet this 17 storey masterpiece is home to 337 apartments of 23 types ranging from single-person dwellings to large cross-generational family homes. 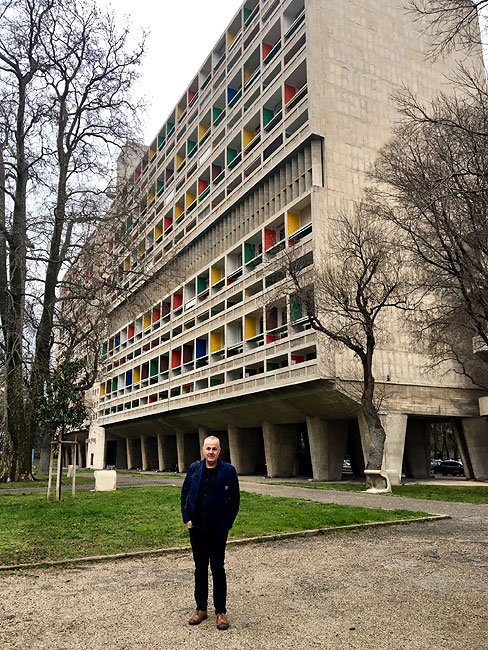 A site that is less well-known, but equally worth visiting and in happy proximity to some great wine country, is the 'Cité Frugès' in Pessac to the West of Bordeaux. This is a pioneering development of 53 houses (one was lost to bombing in 1942) that were commissioned from Le Corbusier by sugar magnate Henry Frugès in 1924. Work was completed in 1926 but the homes were not occupied until 1929-30 due to municipal delays in linking the services. 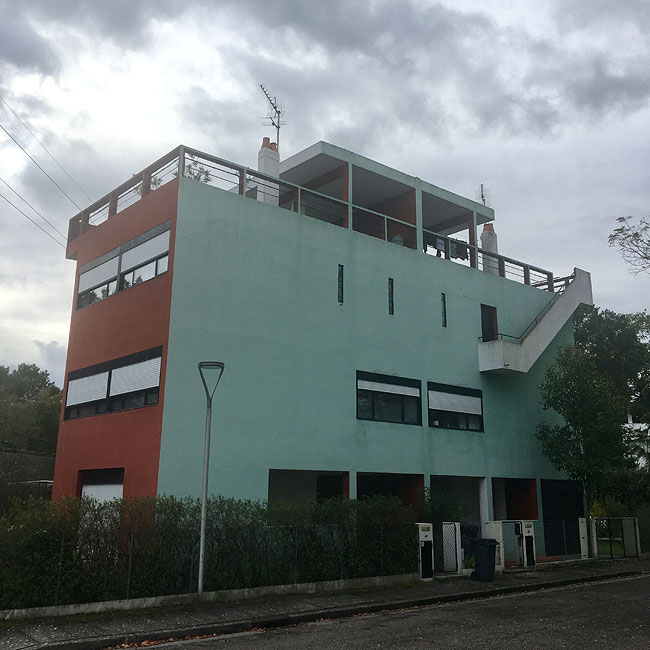 Frugès admirable intention for his 'Quartiers Modernes' was to provide comfortable and affordable accommodation for factory workers. The project was hampered by spiralling build costs and cruelly called the 'Rigolarium' by critics but the finished development still looks amazing and provides fascinating insight into Le Corbusier's early work. Happily, it now enjoys U.N.E.S.C.O World Heritage status and efforts are underway to restore and renovate properties that have deteriorated or been unsympathetically altered. The French government have secured a house (# 4 rue Le Corbusier) that is due to open as a museum next year and free guided tours are already being conducted on Wednesdays, Saturdays and Sundays. 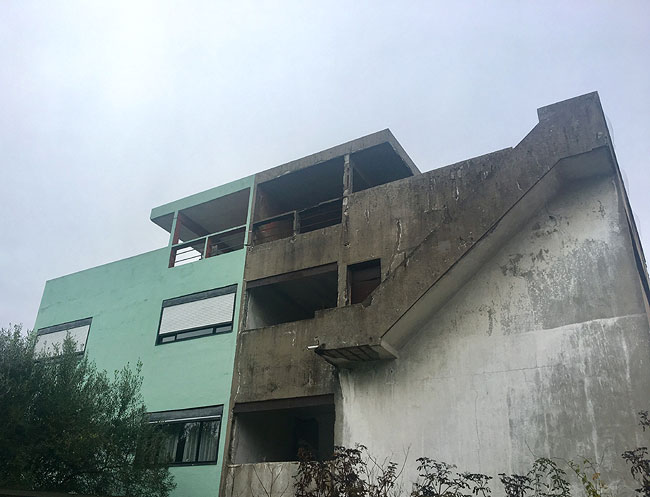 It was on one such tour that I learned of Frugès even earlier 1923 commission for Le Corbusier to design and build 7 dwellings for factory workers at Lège on the Cap Ferrat. A short drive later and there they were. All still occupied and seemingly unchanged after almost a century. With their clean lines, flat roofs and horizontal rectangular windows they look pretty contemporary today. When they were built 94 years ago they must have looked positively futuristic.

Apparently Frugès insisted that none of the buildings he commissioned were painted white as he’d had enough of white cubes with his day job. This explains the pale pink colour scheme in Lège and the interesting 3 way palette at Pessac representing sky, earth and vegetation.