A couple of weeks ago during that hot time we fondly remember as ‘summer’ a new phenomenon hit the streets of Frome. Londoners will shake their World-weary heads when I mention the phrase ‘pop-up’ but for us Fromeys it was a real treat. 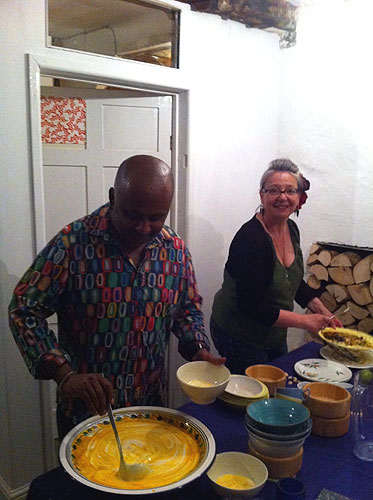 Architect Terry Pinto (www.pa-ad.co.uk) is a Frome resident of Goan extraction (via Kenya via Leicester) who is also an accomplished cook. He and his partner Paula Hammond worked together to great effect producing a delicious feast in an empty shop on Paul Street in Frome.

The one-off nature of the enterprise and the stripped back interior of the shop lent a funky edge to the proceedings. All guests paid £20, and were seated at two long tables set end-to-end. We brought along a bottle of Tavel: La Foracdière 2011 – a full-throttle Southern Rhône rosé that is ideal with spicy dishes - and some home made elderflower cordial and soon made the acquaintances of our neighbouring diners. Jason & I took the boys along and we were sat between four twenty-somethings new to Frome and three older long-term Frome residents of a bohemian bent. As it was nobody’s regular hang-out there was an egalitarian air to the proceedings. 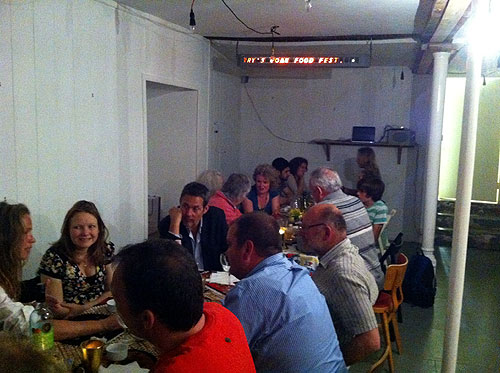 First course was scrumptious meat and vegetarian samosas – far lighter and daintier than I’ve tasted anywhere else. Next up were giant, chilli-marinated, shell-on prawns which Paula had sourced down in Poole where she works. The main course was a selection of subtly flavoured (pork, aubergine & bean) curries served with rice and lastly desert was a deliciously cooling mango puree with yoghurt – light & refreshing.

Along the way Terry told us family anecdotes and showed us photos of his parents in their 1950s heyday (perfect quiff, circle skirts and general elan in Nairobi). It gave us the back story to the food we were tasting – recipes that had travelled around the World and adapted to each location.

We wandered off into the night contented and full and looking forward to the next pop-up treat on Paul Street. 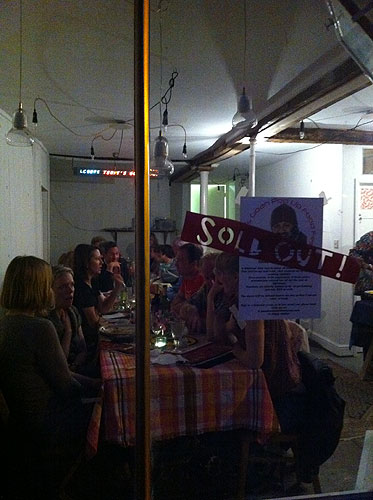