This year we broke with tradition. Our regular summer break to North Wales was put on the back burner following the last trip up there this year that coincided with the wettest June in living memory. With the old adage of ‘a change being as good as a rest’ the Catanach clan headed off to the island of Menorca for just that - a change. As a result of course we didn’t have the luxury of being able to take wine with us or the prospect of finding a half decent wine merchant when we arrived. 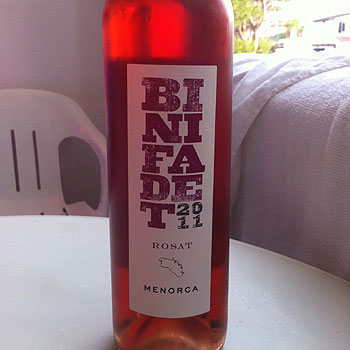 Would a challenge be as good as a rest as well? We were up on the North coast of the island, where it was pretty quiet as we’d planned – but with only one shop there we’d have our work cut out. Armed with a basic knowledge of Spanish wine and Jancis Robinson's rule of thumb (any vintage ending in a 0 or 5 should be OK) I went first for a 2005 Rioja – not outstanding but Jancis was right, it was OK – but didn’t suit the weather.

Next stop, after a flick through the rough guide – a Menorcan rosé, and following the guidelines from our best internal MW (Meirion Williams, the Yapp Shop Manager) to drink rosés young, I purchased the Binifadet 2011. Suitably chilled, I was hoping for a result – sadly, this one was well below par. I decided to move on to cold beer for the duration at this point until we caught a bus in the second week to Fornells where there was a great street market – here I secured what I think (my Spanish was getting slightly better by this stage but was still pretty rudimentary to say the least) a half decent bottle of red. 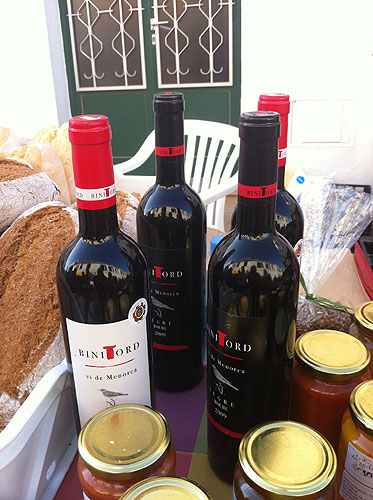 Having learnt that the weather and red wine here didn’t really go, we brought it home with us – I can broach this one now the children have gone back to school and we have moved to the time of rolling mist – probably more what I’ve become accustomed to but with the additional 'safety net' of being back at the rock face with easier access to wines that I know and love!