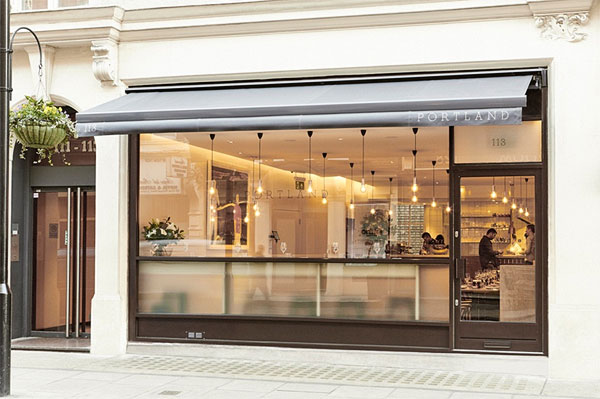 To Portland, a restaurant named after a location, named after a Duke, named after a location (I digress) which is a hot ticket in London's fashionable and fickle dining firmament at the moment. Like the Chiltern Fire House and Dabbous before it – it requires tenacity to secure a table and you can be darned sure that they are going to want it back after two hours to get more bums on seats. This practice of 'turning tables' used to infuriate me but modern restaurant economies depend upon it and when (as here) you are forewarned and it is done with grace (charm even) it's hard to object – perhaps I'm mellowing with age and at least they let you book. 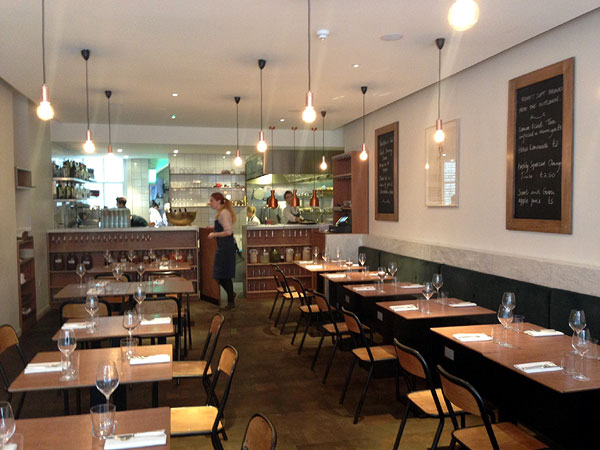 Given its provenance and location (next to the BBC) it is hardly surprising that Portland has been a hit with critics and customers alike. Patron and sometime front of house Will Lander is co-proprietor of the terrific Quality Chop House (previously reviewed here: https://www.yapp.co.uk/blog/index.php/2013/04/the-quality-chop-house/) in Farringdon as well as being the son of the FT's long-serving restaurant critic Nick Lander and the 'empress of wine' Jancis Robinson. Having pulled strings to secure a table at midday (no later!) on a Wednesday lunchtime my expectations were running high – whereby disappointment usually follows.

Unsurprisingly, the wine list has been carefully compiled to provide interest and value in equal measure and there is a 'Reserve' wine list of special bottles in limited quantities that would keep the most demanding of oenophiles contented. As we were meeting fellow wine trade friends we brought our own bottles in under corkage terms I didn't delve into. 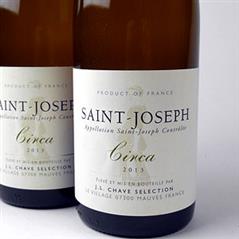 As we perused the short but imaginative menu we enjoyed a glass of white 'Saint-Joseph 'Circa': J-L Chave Sélection 2013' which I thought was showing wonderfully well with lots of plump, peachy fruit preceding a very elegant, dry finish. It is de rigeur in modern metropolitan menu-construction to feature lots of ingredients one has never heard of and Portland does not disappoint – calcots, culaccia, ponzu, 'Bermondsey Hardpress' and bonito all required explanations from our patient and well-informed waiter. If dishes were expensively priced and advice was begrudgingly given this would be torturous but they are not and it isn't so it's great fun. Nobody wants to go out and eat the same stuff they have at home it's far more entertaining to have your taste-buds teased and epicurean horizons extended.

We enjoyed some delicious 'snacks' of Teriyaki quail, pickled Shitake mushrooms and the aforementioned calcots (which turned out to be a vegetable somewhere between a leek and a spring onion) before seguing on to more substantial starters of tartare of rump cap and Cornish mussels in cider.

Our friends Stephen and Oliver, from Farr Vintners, brought along a ridiculously indulgent pair of red wines to accompany our main courses – a Chave Hermitage 1974 and a Château Giscours 1970. The Chave is fully mature, fading in both colour and concentration but there is still some finesse and elegant fruit betraying its pedigree. By contrast the claret seemed amazingly youthful with a dark red robe intense core of cassis flavours and a firm tannic grip – a 'sleeper' if ever there was one. I'd be delighted to have some in my cellar. We all opted for venison, that was cooked to perfection and served with roast parsnips, to partner that pairing and the tender meat made a terrific foil for both wines.

We rounded off a marvellous meal with a shared plate of excellent English cheeses and a bottle of Domaine de Trévallon 2003 from the Reserve wine list that was the only minor disappointment of the day – I should have referred to Jancis's tasting note below before ordering that!

We just had time for a quick (and really good) expresso before our table was commandeered by another party of enthusiastic diners but I couldn't begrudge a thing.

Some professional notes on the red wines we tasted:

Hermitage: Domaine J-L Chave 1974
"Some rust alongside the red; the palate is fine, has become elegant and long. Bouquet has softened, palate has sous-bois dampness. Very good in a difficult year. Drink now to 1988 for best results." June 1984. ***
John Livingstone-Learmonth.

Château Giscours 1970
"One of the all-time great Giscours when the estate was at its zenith. Served blind at dinner at Chateau du Tertre, it has that typical masculine bouquet with sultry black fruits, tobacco and sous-bois, unfurling beautifully with passing minutes to reveal sandalwood, violets and smoke. Beautiful definition. The palate is medium-bodied with bewitching balance and a sense of natural harmony that is utterly beguiling. This is mature Margaux at its best and undoubtedly one of the great wines of the vintage." Drink now-2020. Tasted September 2009. 95/100.
Neal Martin.

Domaine de Trévallon 2003
"Dark ruby with some evolution at the rim. A little monotone on the nose, so to speak. As though the grapes were pretty desiccated. Very drying tannins on the end. Not much fun and I think it will never really have enough juice or charm." 13%. 16. Drink 2013-2018.
Jancis Robinson OBE, MW.