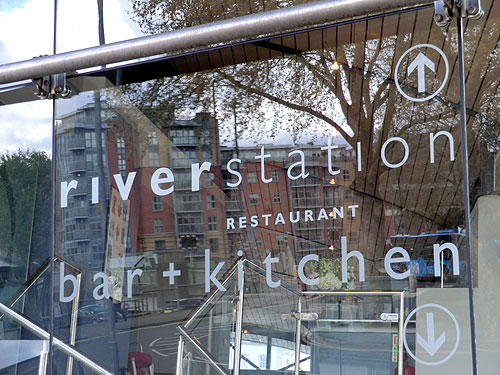 I was delighted to revisit one of my favourite restaurants in the West last Thursday to host a Provençal extravaganza pairing some of Southern France’s lesser-known vinous treasures with a mouth-watering Mediterranean menu devised by chef-patron Peter Taylor. riverstation – do keep up - there is no ‘the’ or capital ‘R’ - is an unashamedly modern establishment that opened in Bristol’s former river police headquarters back in 1997 and still feels cool and contemporary with lots of glass and steel, tasteful modern art and savvy service setting an urbane, urban tone from the get go. The enviable, city centre, harbour-side location provided some welcome breezes on a muggy evening and diners were cheerfully greeted with a glass of Coteaux d’Aix: Domaine Oullières 2011 as an aperitif. Fiona Beckett recently described this wine in the Guardian as being “An intense, fragrant, Vermentino-based, Provençal white to drink with seafood.” but it went down equally well with a few olives and an intense tapenade. 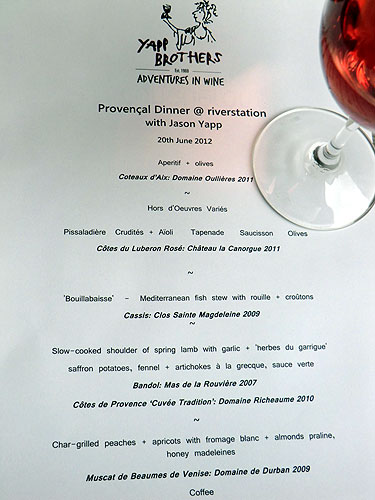 Once seated we were served an organic, rosé Côtes du Luberon 2011 from Château la Canorgue to accompany crudités and aioli, a wonderfully authentic pissaladière and a very peppery home-cured saussicon. The cool, coral-pink rosé wine made an ideal foil for the strong flavours of anchovies, garlic and onions (this might not have been a good menu for a first date!) and as I talked people through a few background details of the wines I could sense that collective easing of cares that good food and wine induces.

Our next dish was a proper ‘down and dirty’ bouillabaisse that featured shellfish still in their shells and a lovely, concentrated piscine broth which married superbly with a Cassis Blanc 2009 from Clos Sainte Magdeleine. One of the aims of the evening was to illustrate just how well, relatively underrated, Provençal wines go with the region’s justifiably celebrated cuisine. This combination did so in spades as the unctuous, oily, herb-scented wine had a natural affinity with the rich, grainy, seafood stew. Bliss!

A main course of slow-cooked shoulder of lamb garlic and garrigue herbs afforded the opportunity to show a pair of red wines that are two of my personal favourites. The Bandol: Mas de la Rouvière 2007 is a strapping, Mourvèdre-based offering that needs 2-3 years bottle-age to reveal its charms. It has a beguiling black pepper and briary berry bouquet and a palate of dark autumnal fruit over rugged tannins. It was paired with a sleek Côtes de Provence ‘Cuvée Tradition’ 2010 from Domaine Richeaume that exhibited a core of concentrated cassis fruit and a voluptuous, velvety finish. The Bandol exuded an untamed Provençal character, the Côtes de Provence deft, modern wine making. Opinion around the room was divided as to which was the superior wine but the two (yes two!) Masters of Wine at my table both erred in favour of the more polished Domaine Richeaume by a gratifyingly narrow margin. 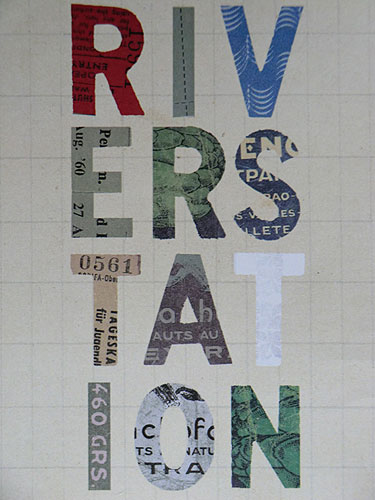 We rounded this superlative repast off with a delicious dish of char-grilled peaches and apricots with fromage blanc and almond praline that was paired to perfection by an old Yapp Brothers’ stalwart - the Muscat de Beaumes de Venise: Domaine de Durban in the blameless 2009 vintage. The sweet, golden wine echoed the soft, stone fruit flavours of the apricots and peaches and there was universal agreement that our Provençal party had ended on a high note. It being a school night I reluctantly refused a generously proffered Bas Armagnac, bade my farewells, and headed for home already plotting a return visit.