Ever since my days as a wine trade rookie working for Oddbins in their late 1980s heyday I have been a fan of staff recommendations on hand written cards. There is something heartfelt and direct from an anonymous and genuine enthusiast that is the antithesis of corporate puff. They work equally well for books as wine and although I don't always agree with the verdict they can be a fantastic portal to new discoveries.

It was a particularly enthusiastic staff recommendation that induced me to buy a copy of 'Point Blank' by Richard Stark back in March, which seems a very long time ago. I had never heard of Stark but he was a writers writer renowned for his hard boiled minimalist prose and prolific output. I devoured the book - featuring cold-blooded, monosyllabic career criminal 'Parker' -and was happy to discover it was the first of many. 'Stark' was one of several noms de plumes deployed by Donald Westlake and he wrote sixteen novels in the 'Parker' series between 1962 and 1974. For reasons unknown Westlake then retired Parker for 23 years before reviving him for a further eight books from 1997 until the time of his death in 2008. I've now read 23 of the 24 'Parker' titles but am saving the last 'Dirty Money' for future delectation. 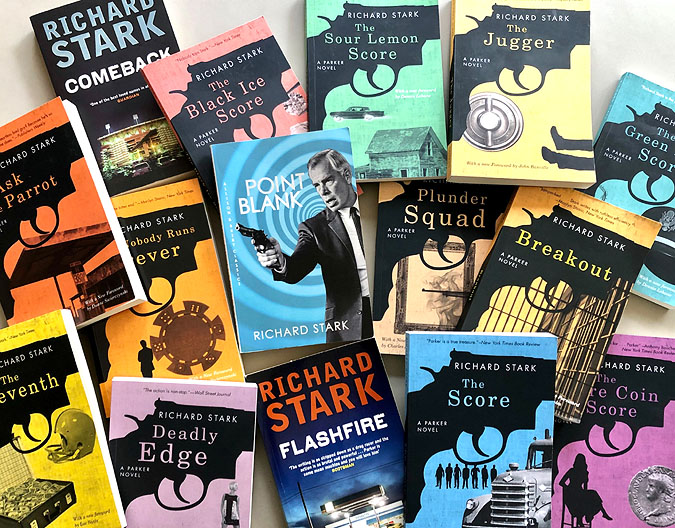 Over his long career Donald Westlake wrote numerous books under many different pseudonyms partially to distinguish between different genres and also for his own amusement. He was generous to fellow writers and would 'lend' his pen names to friends as it was easier for established writers to get work published. In the early 1960s six different authors had work published under his 'Alan Marshall' identity and he was even known to endorse his own work when writing under different aliases. In 1986 he wrote a mystery novel 'One of Us is Wrong' under the name Samuel Holt purely to discover if he could make it as an unrecognised author.

As well as the Parker canon and many books that I have yet to delve into Westlake also left another legacy. In the fifteenth book in the Parker series 'Plunder Squad' - in Chapter 6 - he casually features a truck driver: 'reading the latest Travis McGee'. When I read that I was sure it was a deliberate name-check to a fellow author and thus I discovered another rich seam of American crime writing. Between 1964 and 1984 John D. MacDonald wrote 21 novels in his 'Travis McGee' series and at the peak of his popularity had over 50 million books in print. The McGee works are lighter than Parker – amateur sleuth and self-proclaimed beach bum Travis lives in sybaritic semi-retirement on his luxury houseboat 'The Busted Flush' - moored at Slip 18, Bahia Marina in Fort Lauderdale – and only works when impecunity necessitates it. To the best of my knowledge the series is no longer in print in the UK but I've had great fun procuring the Pan editions from the 1970s on-line that are worth it for their covers alone. Stephen King called MacDonald 'a mesmerising storyteller' and 'the great entertainer of our age' and Lee Child cites him as a major influence on his own work.

If you have a penchant for crime fiction and gritty American dialogue that gives you 45 books to digest at your leisure - that's pretty good value from a single staff recommendation.