Having left Tain L'Hermitage feeling a perceptible chill it was pleasing to head South into sunshine and pitch up at Le Vieux Donjon in Châteauneuf-du-Pape in positively Mediterranean warmth. The Northern and Southern Rhône vineyards may only be an hour's drive apart but they distinctly different in terms of climate, topography, geology and, of course, wine. Claire Michel told us that they started picking their white grapes in August this year and didn't finish harvesting the red varieties until 10th October. As in the north the preceding 2014 vintage was hard work and they had to be selective with their fruit to achieve the quality to which they aspire. An approximative vat blend of the red 2014 Châteauneuf' has quite a cherry robe, garrigue berry scents and a succulent palate of ripe, red fruit with supple tannins. The finished wine will lean more towards pleasure than profoundness but one cannot produce 'grand vin' every year and the Michel family have a great track record of getting the best out of every vintage. 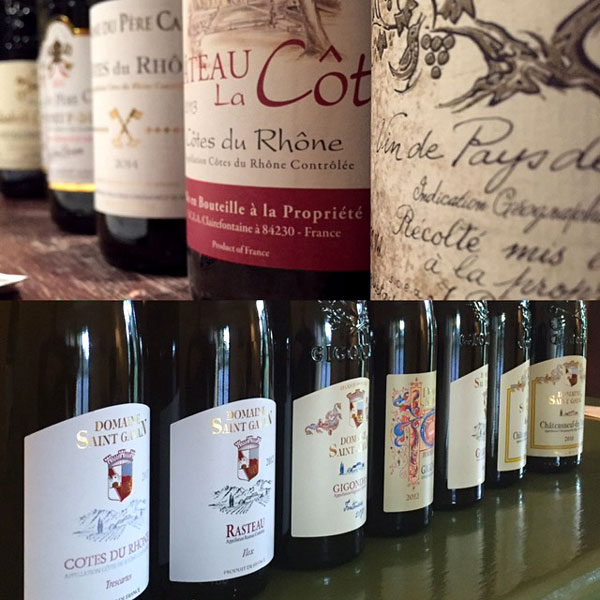 Down the road at Domaine du Père Caboche ebullient patron Jean-Pierre Boisson told us that the 2015 harvest was the best of his long career. 'I can't recall grapes of this quality since 1978 but this year the volumes were better - we had to pause picking because the vats were all full!'. Cask samples of his 2015 Côtes du Rhône and Châteauneuf' certainly bore this out but the 2014 wines were also gratifying with lots of juicy red Grenache fruit over a back-ground of fine-grained tannins.

Over in his HQ in Tavel seasoned vigneron Richard Maby was upbeat talking us through bottle samples of his 2014 vintage which was a particularly good year for rosé which represents a major proportion of his output. His exemplary Tavel has a deep terracotta robe and bags of red berry fruit underscored by a fresh acidity. His red Lirac is going to be a crowd-pleaser - it has at its core sweet cassis flavours and a lovely, savoury finish. Our inaugural shipment is being prepared as I write. 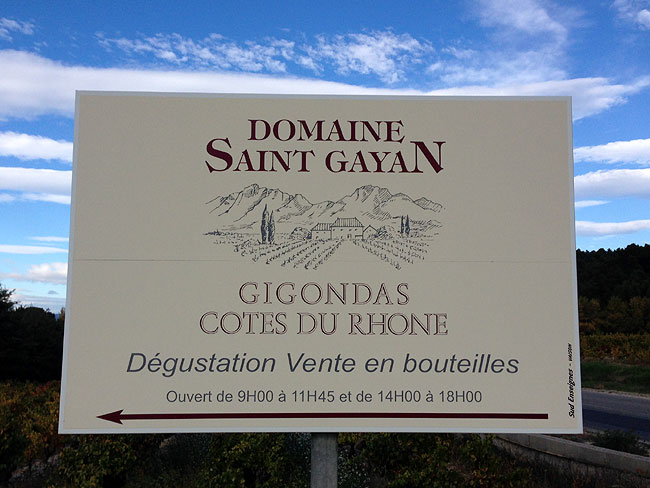 Gigondas and Vacqueyras were similarly blessed by optimum growing conditions in 2015. Jean-Pierre Meffre (my senior by a year or two) cannot recall a better vintage and he was around in 1990 which raised the bar in the Rhône back in the day. His near neighbour Yves Chéron, at Domaine du Grand Montmirail was equally enthusiastic '2015 is terrific throughout France - it's going to be a buyers vintage.' It's a great pleasure to witness old friends who've battled through turbulent times enjoying the fruits of an outstanding vintage. To summarise 2014 will give pleasurable, hedonistic even, wines that will be rewarding from release but 2015 will furnish wines to lay down and enjoy for many years to come. 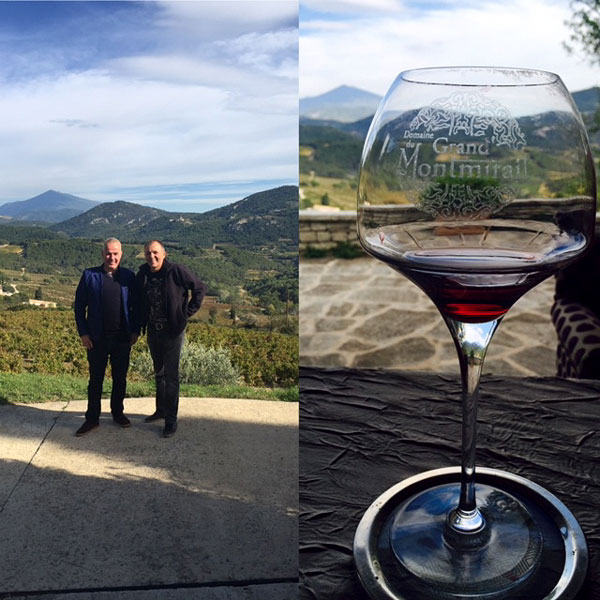