Our tasting tour continued in style on our second day with a coveted appointment at Domaine Jean-Louis Chave where the eponymous patron gave us a warm welcome in the autumn sunshine before we descended to his subterranean cellars. 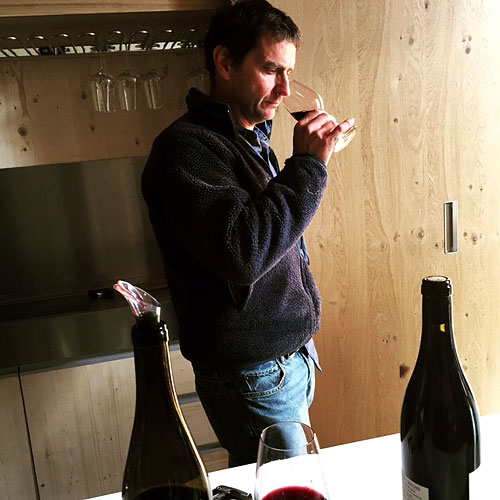 Jean-Louis was pretty stoic about losing a significant percentage of the potential 2016 harvest to a fierce hailstorm on 17th April but positively upbeat about the quality of fruit that was eventually picked. Coming on the back of the excellent and replete 2015 vintage that was welcome news. 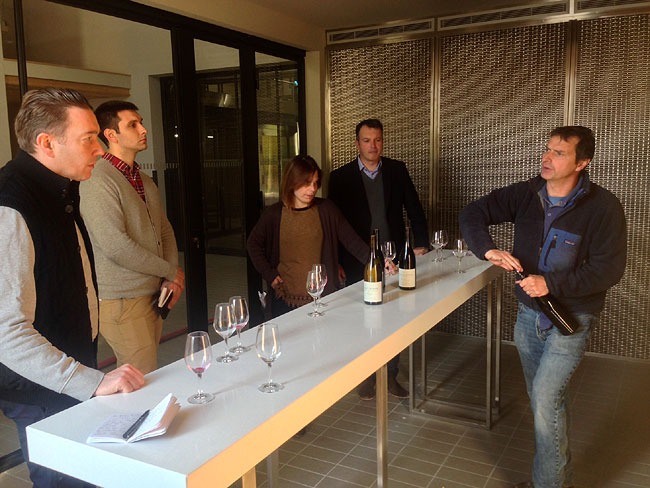 We proceeded to taste barrel samples of the 2015 vintage across the different climats of Saint-Joseph and Hermitage before ascending to the Domaine's smart new tasting room to sample a fantastic selection of finished wines which amply-illustrated why the Chave family are held in such high esteem. 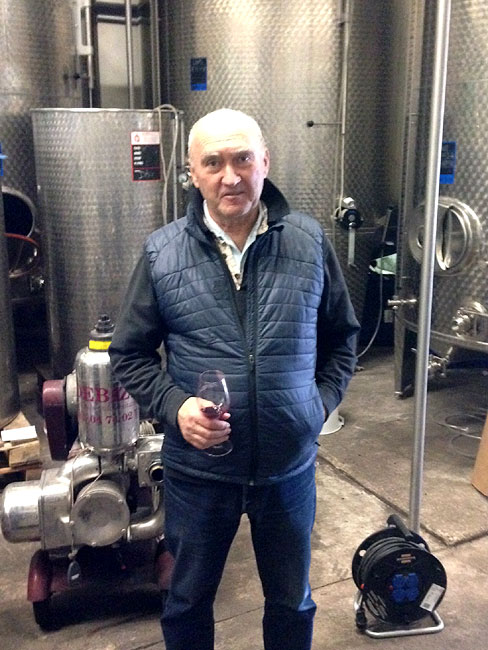 Our second meeting of the day was at Domaine Alain Graillot where Alain and his son Antoine were equally pleased with their voluminous 2016 harvest. They were delighted to inform us that 2015 had provided near perfect growing conditions and gratifyingly robust yields after the 'short' 2013 and 2014 vintages.

We then enjoyed a 'working lunch' at the popular and packed 'Auberge Monnet' in nearby La-Roche-de-Glun the highlight of which was a bottle of the Graillot's superb red 2001 Crozes' which was holding up very well at fifteen years of age.

We then headed further south to visit Olivier and Pierre Clape in Cornas who are enjoying international demand for their wines, particularly from America where there is keen interest in top-quality Northern Rhône Syrah. Fortunately our buying history over more than 4 decades assures us a relatively generous allocation for the UK market and both the 2015 and 2016 vintages were relatively bountiful here. An extensive vat sampling of the entire Clape canon in the opulent 2015 vintage left all of us with black teeth but broad smiles.

Our final meeting of the day was at the southernmost outpost of the Côtes du Rhône 'Septentrional" at Domaine Lombard in Brézème. Here Julien Montagnon tutored us through a broad cross-section of his range including some delicious mineral-edged whites, rich, peppery Syrahs and impressive négociant bottlings of red and white Hermitage. Since taking over the estate in 2012 Julien has put all his vine-holdings under organic conversion and built a state-of-the-art winery yielding impressive results. He well-deserves the accolades he has recently received in the press. Bidding Julien a fond farewell we then headed back to Tournon for a spot of supper at 'Le Chaudron' a favourite haunt of wine lovers due to its extensive and modestly marked-up list of iconic Rhône wines.