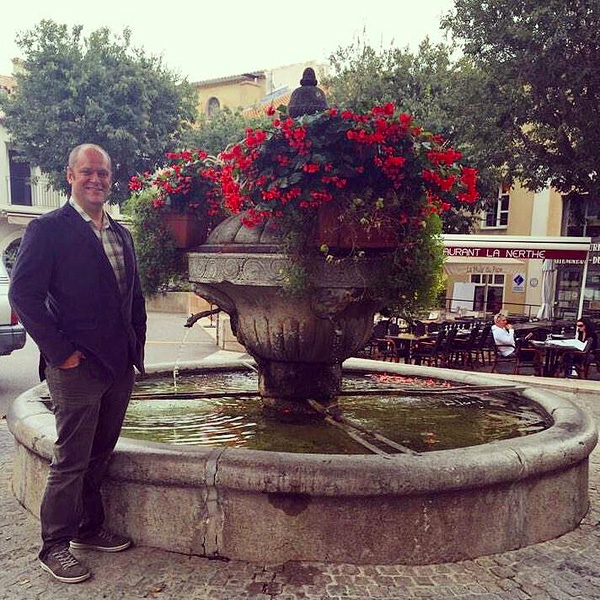 Jonathan at the fountain in Chateauneuf du Pape. We've got one just like that...

By the time we arrived in Châteauneuf-du-Pape on Monday, morning mists were clearing to reveal a vista of vines in golden Autumn sunshine. Our first port of call was at Le Vieux Donjon where a smiling Claire Michel told us she was relieved to have completed the complicated 2014 harvest. Hot on the heels of the Wine Advocate's Rhône guru Jeb Dunnuck, who is a great admirer of this traditional estate, we tasted a vat blend of the short and atypical 2013 harvest which will have a lower Grenache content than usual due to a cool Spring inhibiting fruit development. 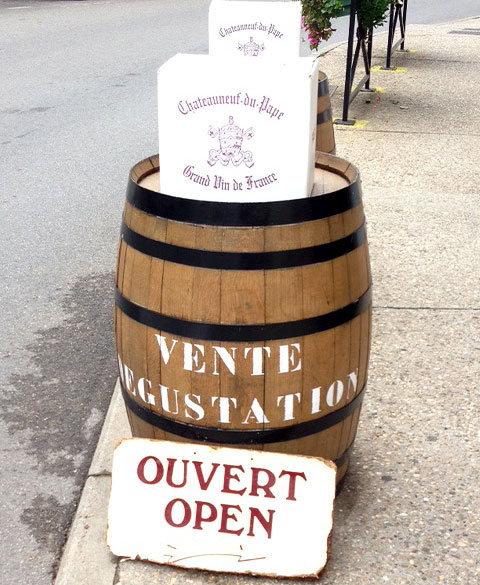 Next stop up the road at Domaine du Père Caboche, Emilie Boisson concurred that 2014 and 2013 were two very different vintages but both with their individual charms. With lots to do on our three day mission, we sadly did not have too much time to linger before we were back on the road. 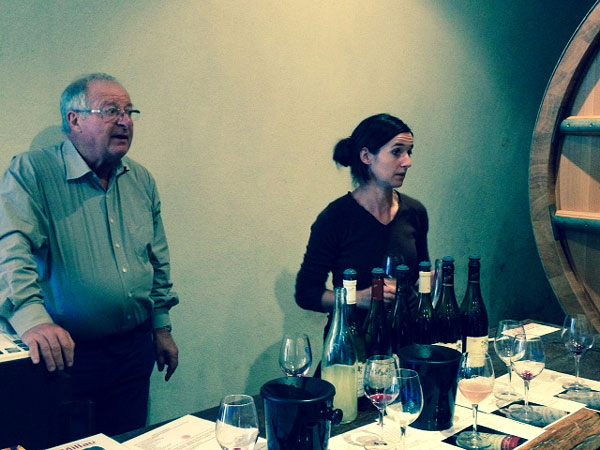 This time we pointed the voiture due north-east, heading for the imposing edifice of the Dentelles Montmirail and the picturesque Domaine Saint Gayan. A friendly welcome from Syrah, the domaine's black labrador, was followed with equally amiable greetings and then tasting from Jean-Pierre Meffre and his son-in-law Christian-Yves.

The departure from the Meffres also meant our leaving the Southern Rhône as we sped north through the industrial landscape of Les Usines Rhoddannienes towards Tain L'Hermitage and the more hilly North. We had time for a quick hotel freshen-up before venturing out to replenish our dwindling energy levels with a superb dinner at Le Mangevins, where the quality of the cuisine is matched equally with the depth of the wine list which had some absolute gems at "rub your eyes" great value prices.

Fully sated we repaired to bed ready for day two...