It is 23 degrees Celsius and sunny in the Northern Rhône which bodes well for a whistle-stop tasting trip. Wine makers have just finished harvesting the late and small 2013 grape crop and so this presents a window of opportunity to sample the previous and more prolific 2012 vintage. The general atmosphere is upbeat the consensus being that it is a very good, if not historic, year. 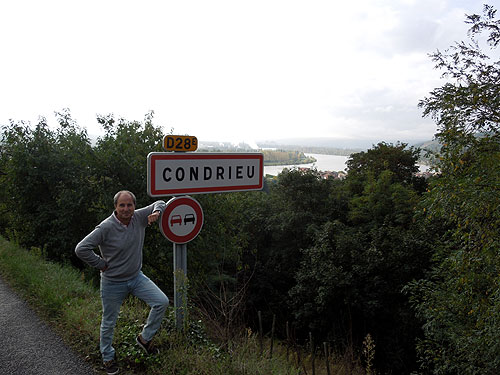 Our old chum Paul Amsellem, the husband of Christine Vernay at Domaine Georges Vernay, took us to view the finishing stages of some dramatic replanting works on the Coteau du Vernon before tutoring us through a fascinating tasting of their 2012s. We kicked off with a precocious Vin de Pays Viognier called 'Le Pied de Samson' which was stunning - far better than many a fully fledged Condrieu - lots of lovely, peachy fruit with a really elegant finish. Their principal wine in volume terms the Condrieu 'Les Terrasses de l'Empire', which was bottled in June, was also a treat - not a blockbuster but it has finesse and a persistent palate - a benchmark Condrieu. The two top cuvées 'Les Chaillees D'Enfer' & 'Coteau du Vernon' have yet to be bottled but barrel samples were superb, the former rich and concentrated, the latter complex and contemplative. This is an estate on blinding form and Christine is justifiably regarded as one of France's pre-eminent wine makers. A promising start to this trip. 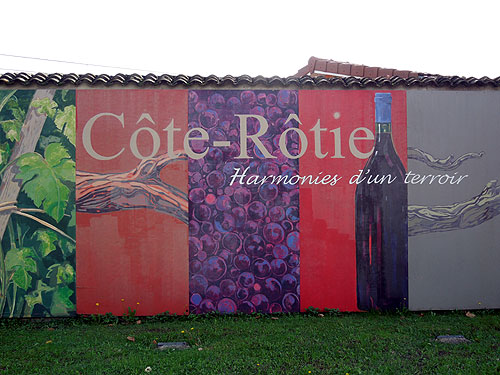 Up river in Côte-Rôtie Joel Champet was equally enthusiastic about his 2012 Syrah. Volumes were 'correct' and the quality of the grapes excellent. His is always a readily approachable wine and with oodles of black, hedgerow fruit, ripe tannins, peppery undertones and a fresh acidity the 2012 is 'bien classique'. 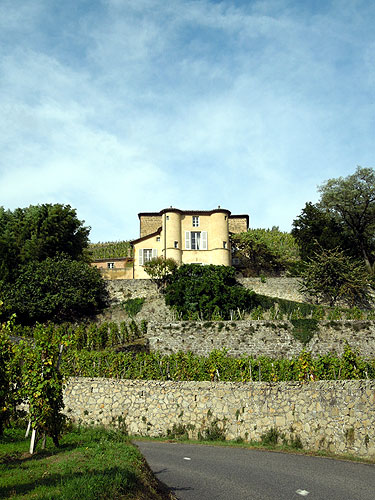 No expense is being spared at Château Grillet where a small 2013 crop was brought in 3 weeks later than usual. The 2012 vintage has yet to be assembled but the Château looked great swathed in sunshine and the 2010 vintage and newly released, declassified Côtes du Rhône Viognier 2011 called 'Pontcin' were terrific - great minerality and length and great potential.

Our final call of the day was back in Côte-Rôtie to see Patrick Jasmin who was delighted to have completed another successful harvest adding to a succession of very good vintages at this renowned estate. A barrel assemblage of his 2012 was extremely promising - lots of ripe, Autumnal fruit over a framework of elegant tannins. It is mid-weight and beautifully balanced - another exemplary Northern Rhône Syrah.

Tomorrow we head south to Hermitage and Cornas in eager anticipation!

What happens if I press this?

(We will shortly release more information on the Rhône 2012 vintage and our En Primeur offer on our Rhône 2012 page here).