Rhône Reconnaissance – South and Beyond

However many times one traverses the Montélimar meridian, the shift in climate and scenery heading South is always a striking contrast. Arriving at Châteauneuf-du-Pape in a Mediterranean 24 degrees, we rued packing those scarves and gloves.

Claire Michel at Le Vieux Donjon reported a superb 2012 harvest, although volumes are down by around 20%. The recently assembled 2011 Vieux Donjon rouge has a wealth of berry fruit and garrigue flavours, supple, silky tannins and will drink well from bottling. 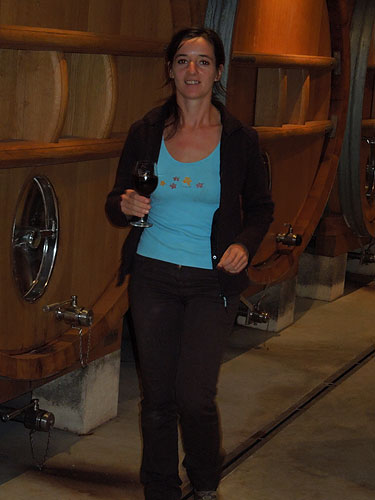 An extensive tasting with Emilie Boisson at Domaine Père Caboche was equally gratifying. The recently-shipped vin de pays ‘Le Petit Caboche’ has a fantastic rapport-qualité-prix and is drinking beautifully now. Anyone who wants an early insight into the fresh, fruity 2011s should look no further. As ever, the Père Caboche Châteauneuf-du-Pape 2011 was showing oodles of voluptuous, come-hither appeal and the old vine Elizabeth Chambellan blend has still greater concentration. Our tasting was regularly interrupted by Emilie’s father, Jean-Pierre, who was monitoring our progress to coincide with his barbecue timing.

Our long-standing efforts to persuade friends and family that these trips are, indeed, hard work would have been seriously undermined by a sublime hour spent on the Boisson’s sunny terrace where we enjoyed Côte de Boeuf cooked over vine-prunings, accompanied by ceps, buttered shallots and the remnants of our tasting. 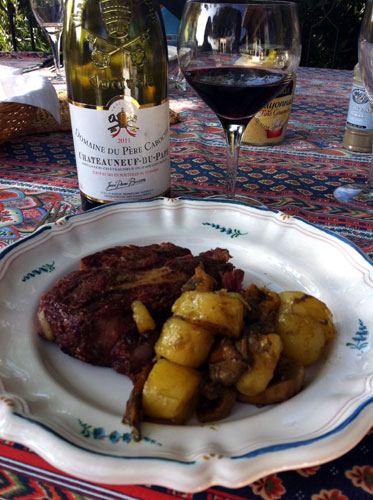 Down in Provence, la famille Dürrbach was on the eve of celebrating the end of this year’s harvest at the peerless ‘Beaugravière’ in Mondragon, which boasts one of the best wine lists in France. Their Domaine Trévallon 2011 has a lovely, deep-purple robe, hedgerow berry aromas, a bright juicy red fruit palate and fine tannins.

As we emerged blinking from the cellars into the Provencal sunshine, our only regret was that we would not have time to join the Dürrbachs for their harvest supper!