We embarked on our annual Autumn trip to the Rhône in good cheer, swapping English wind and rain for the promise of glorious clear blue skies and an ambitious itinerary. It was a great opportunity to catch up with many friends in our wonderful stable of domaines across the region, as well as learning about two recent, intriguing vintages.

2017 was widely reported as the smallest aggregate French vintage since 1945 and the Rhône Valley did not escape its ravages. The main cause of the tiny crop in the Rhône was the dreaded coulure, a flowering failure caused by poor Spring weather, combined with a very dry Summer. Coulure was particularly prevalent in the Southern Rhône (Grenache is particularly susceptible) and in Condrieu, but very few areas went untouched. Despite these challenges, the vintage was elevated by a very warm Summer, resulting in some of the earliest picking dates on record. 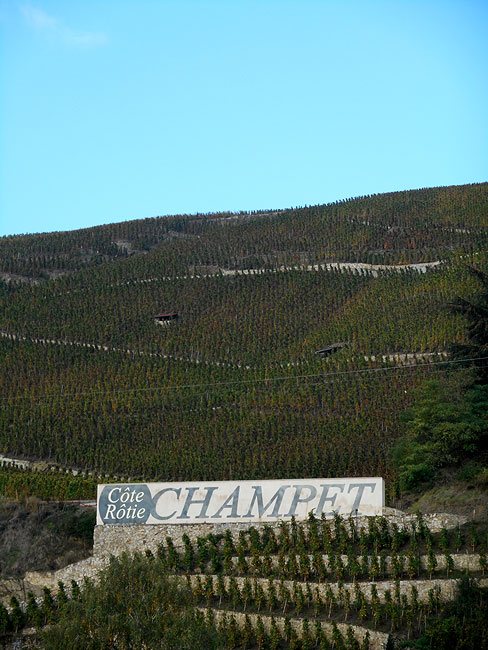 It's early days with regards to the 2018 vintage, which enjoyed another hot Summer when many of the early picking dates of 2017 were matched. In general, yields were significantly higher than the previous crop and the initial signs are good regarding quality. Both vintages are summarised by domaine / appellation below. 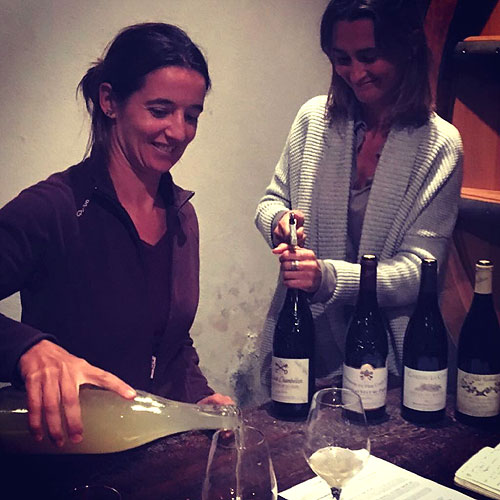 In 2018, Châteauneuf-du-Pape, Père Caboche recorded their largest ever harvest, after bringing in their smallest in 2017. We tasted through a good range of 2017s which were showing well from barrel, the one bottled wine – the brilliant value IGP 'Petit Caboche' was punching above its weight as usual, the Châteauneuf' cuvées (Père Caboche & Elisabeth Chambellan) were both pleasantly supple with good structure.

At Le Vieux Donjon, Claire Michel recorded a vintage 20% short of average in 2018 (due to mildew) after being 50% down in 2017. The 2017 Vieux Donjon was already showing extremely well, hinting at another stellar vintage at this elite domaine – pretty and floral on the nose, powerful with great poise on the palate. 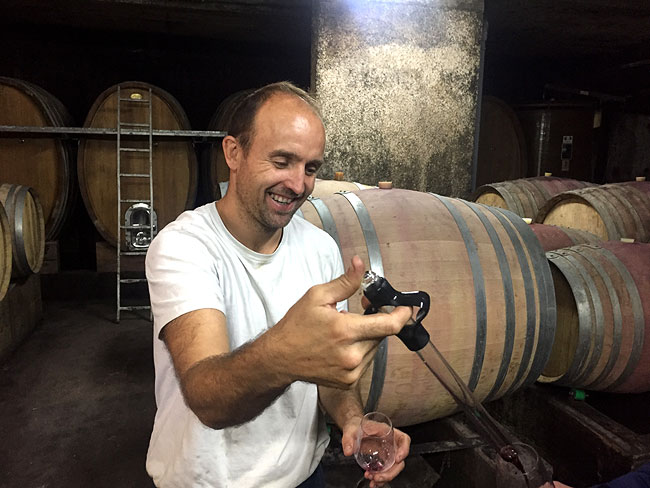 In Côte Rôtie, the modest Romain Champet showed us an impressively savoury 2017, with firm tannic structure (no de-stemming here) for the long haul. Romain and his brother Max, had picked their entire 4.5 hectare estate on the Viallière lieu-dit on the Côte Brune over the course of a week beginning on 4th September in both 2017 and 2018.

Patrick Jasmin, who farms 11 parcels of vines (totalling 5.3 hectares) across both Côtes Brune and Blonde, explained that 2018 was the fourth successive vintage where the AOC of Côte Rôtie had applied for permission to harvest 10% more than the permitted yield of 40hl/ha. Happy days here. Such a run of high quality, good volume vintages has not happened since 1998-2001. Patrick's Côte Rotie 'Giroflarie' 2017 (distinguishing it from his patron's cuvée 'Oléa') is already showing extremely well: glossy, sleek and perfumed, with racy acidity and good grip suggesting excellent cellaring potential. The domaine's IGP Collines Rhodaniennes 'La Chevalière' 2017 (already bottled) was bright, fruity, expressive and offers tremendous value for money.

Condrieu volumes suffered in 2017, with Paul Amsellem of Domaine Georges Vernay ruing that the region's only cold spell in June coincided with flower break, reducing the crop by 40%. 2018 was better with yields back to a more-healthy 38 hl/ha. We enjoyed a great tasting with the 'Pied de Samson' IGP Viognier (from plateau vineyards just outside the AOC boundary) and the Condrieu 'Terrasses de L'Empire' both delicious with classic white flower and stone fruit aromas and trademark mineral balance and tension on the palate.

Jean-Louis Chave reported a smaller vintage than usual due to millerandage (uneven berry ripening) in 2017, but the results were undeniably impressive. We were treated to a fascinating tasting of the numerous St-Joseph and Hermitage 'lieux-dits' that go into his world class reds. Although the wines are far from finished, the component parts were undeniably impressive and it looks like another majestic year is on its way! Jean-Louis was more cautious about 2018; usually one of the last to pick in Hermitage, he was the first to pick this year on the 3rd September: "It's big, but maybe not great."

We rounded out a busy second day with a visit to the dynamic Domaine Lombard in Brézème, where we were shown an extensive line-up by the irrepressible Julien Montagnon. A passionate believer in this underrated terroir, Julien showed us some cracking 2017s, including deliciously textured whites and firm, crunchy but generous reds. Domaine Lombard is a rising star in an appellation that is now gaining recognition from some of the big players in the Rhône – Famille Perrin (of Beaucastel fame) apparently bought 25 hectares here (much of it unplanted) during the summer. Julien was typically modest about 2018, citing frightening daily increases of sugars in the grapes he recounted mobilising his pickers just in time to get perfect ripeness 'we were lucky' he shrugged...

The following morning, through an unassuming door on a busy road in Cornas we found Olivier Clape in good spirits as we tasted a selection of typically robust, complex and intense parcels of 2017 reds and a delicious, still St-Péray (bottled). Of 2017 Olivier mentioned familiar problems with millerandage - 'I've never seen so many small berries!' – as well as drought conditions. The Cornas vines (on the slopes) faired better than the Côtes du Rhone and Vin des Amis parcels lower down as the former are habituated to dry conditions. In all vintages, the Clapes add a small amount of what they term 'younger' wine (vines between 30-50 years old, predominantly from Reynard & Patou lieux-dits) to the main Cornas blend in order to provide freshness. In 2017 (due to the small harvest) this is likely to result in no Renaissance being bottled in its own right.

We finished our trip with a great visit to Domaine Alain Graillot in Crozes-Hermitage, arriving to a scene of frantic activity. Thankfully, we were able to catch up with not only Alain himself, but also sons Maxime and Antoine. Antoine showed us some terrific 2017s from barrel and a selection of delicious bottled wines from the numerous exciting projects the family is now involved in Domaine Equis in Crozes', Cornas and St Joseph, Domaine de Fa in Beaujolais and Antoine's Mencia project with Raul Perez in Bierzo. Bucking the trend, 2017 was an abundant harvest for the Graillots and they were extremely happy with the quality of fruit. The trademark silky texture, power and fruitiness is already showing through in the domaine's superlative Crozes-Hermitage which will be bottled in March 2019. They were 20% down from 2017's yield in 2018 for no obvious reason, although Antoine suggested that, after three exceptional vintages, the vines could be tired.

So, to conclude:
For 2017, stylistically, this exceptional vintage is tricky compare to others – it is undoubtedly a very good year in the hands of the skilled vigneron, with the best wines showing classic grip and structure complemented by generous, fruit-forward, ripeness. This grip suggests that the best wines will have a long future whilst the ripeness hints at a pleasant early drinking window too. Comparisons with 2009 or 1989 are reasonable. An obvious caveat is that this third consecutive great Rhône vintage is in meagre supply, so one to snap up when it available.

As for 2018, a hot vintage usually invokes comparisons with 2005 and more recently 2015. Time will tell whether the wines will stand alongside these sought after years. Fast ripening in late August caught some winemakers out, so there are likely to be a few over-ripe wines produced. In the right hands however, the raw materials exist to produce some delicious wines and we feel very confident that the Yapp domaines have the safest hands in the business!