Summer (assuming, of course, we actually get a Summer) is a time for carefree and irreverent imbibing when we can quaff pretty, coral-coloured rosés and aromatic, young Sauvignons en plein air. Salads and picnic foods cry out for simple, supple wines. Nobody wants to drink anything too demanding while relaxing in a deckchair – clean un-oaked white wines and lightly-chilled reds are the order of the day. However, as Autumn approaches and temperatures cool, ones’ taste buds turn to weightier offerings. Bring on the dense, brooding reds and rich, complex whites that make for fulfilling fireside drinking. 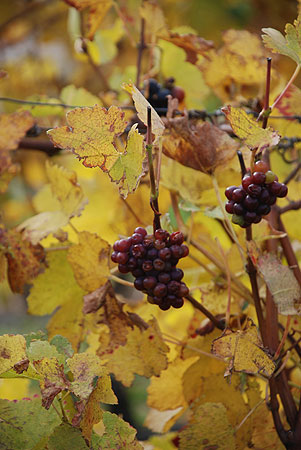 One of nature's compensations for Summer’s end is the wealth of exciting seasonal foodstuffs that become available. Game alone is a reason for wine-lovers to be cheerful as it is the perfect vehicle for bold, muscular, tannic, chest-thumping reds such as Cornas, Irouléguy and Madiran. Just the contemplation of roast pheasant or jugged venison accompanied by a glass of opaque, dark wine with beaded bubbles winking at the brim can have me longing for the first frosts, the scent of wood-smoke and the inimitable sense of well-being imbued by hunkering down beside your own hearth.

Wild mushrooms are another cause for celebration (not to mention ceps and truffles) although the explosion in the popularity of foraging means that competition can be stiff. Apparently demand for wild provender from restaurants is such that gangs of professional fungi finders are fighting turf wars in the New Forest.

There is something about the earthy, elemental qualities of uncultivated mushrooms that marries particularly harmoniously with the tertiary, ‘forest floor’ (the French sous-bois sounds more inviting - if pretentious) scents and flavours of a ‘meaty’ red wine that is beginning to benefit from bottle-age. 80% of wine sold in the U.K. is consumed within 24 hours of purchase, which a depressing statistic as even quite humble wines like Côtes du Rhône Villages and Petit Châteaux Bordeaux can benefit enormously from being cellared for a year or two. As a wine ages its tannins soften and sweeten and a more complex spectrum of tastes evolves. Savvy wine-buyers should be purchasing wines for drinking next Winter or thereafter right now.

Another culinary delight heralded by the onset of Autumn is the availability of the milk-rich mountain cheeses the king of which is Vacherin Mont d’Or, which is traditionally wrapped in spruce bark and can be baked and served warm as a ready-made fondue. Opinions vary as to what wine should accompany this delicacy but an intense and slightly-oxidative Vin Jaune from the Jura or a rich and spicy Gewürztraminer from Alsace would both feature on my short list. 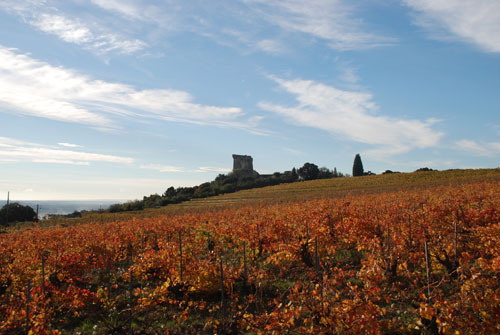 For me the drink that really encapsulates the turning of the seasons and exudes mellow fruitfulness like no other is Pineau de Charentes – a heady blend of Cognac and grape juice that can be sipped chilled as an aperitif or enjoyed at ambient temperature as a decadent bonne bouche. The Louis Roederer wine columnist of the year Victoria Moore fell for our Reserve bottling from Domaine Gardrat: "This one is stunning. It feels like a caress and when you take a sip is so good that you stop talking. It tastes gloriously mellow, of plump, alcohol-soaked raisins, of prunes, walnuts and the smell of freshly ground coffee, of preparing for Christmas but also of late summer sun." It is not cheap at £19.25 per bottle but, as with most things in life, you get what you pay for. 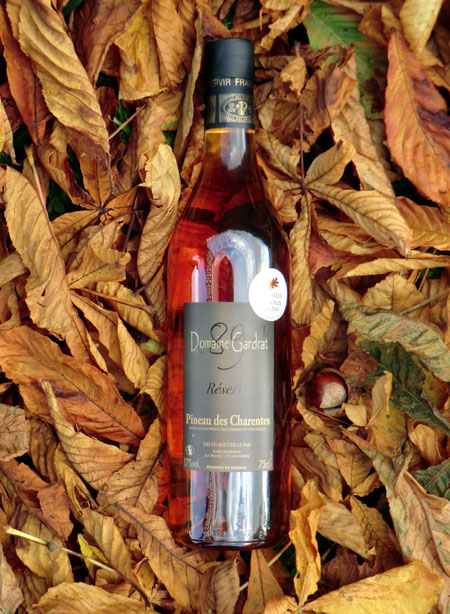 (This article by Jason Yapp first appeared in Country Calling).